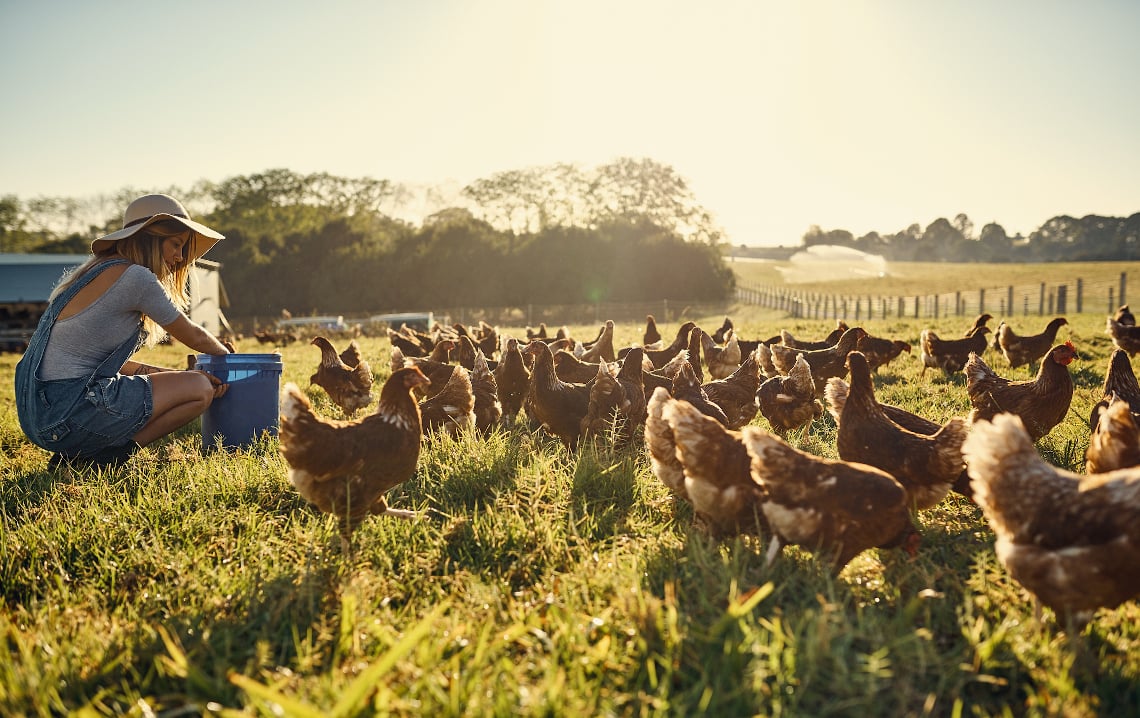 While the threat of avian influenza can be daunting, there are steps you can take to help prevent illness in your flock. In this article, we're sharing advice from a public health veterinarian at the North Carolina Department of Agriculture.

Most news stories about avian influenza discuss the effects on commercial poultry operations, but that doesn't mean backyard chickens aren't at risk.

As of this writing, the 2022 avian influenza outbreak has been found in 24 backyard flocks in 11 different states. At least 1,800 backyard birds have been tested and depopulated in efforts designed to contain the spread of the virus.

And because this is a highly contagious disease, it can spread rapidly from farm to farm, affecting entire communities.

But, that does not mean you should shy away from keeping your own flock! The key for backyard chicken keepers, hobby farmers, and homesteaders is to take proactive measures to prevent illness, and to know the early signs of trouble in your flock.

We sat down with Dr. Michael P. Martin, State Veterinarian and Veterinary Division Director at the North Carolina Department of Agriculture and Consumer Services, to find out more about the outbreak and learn what you can do to prevent illness in your flock. 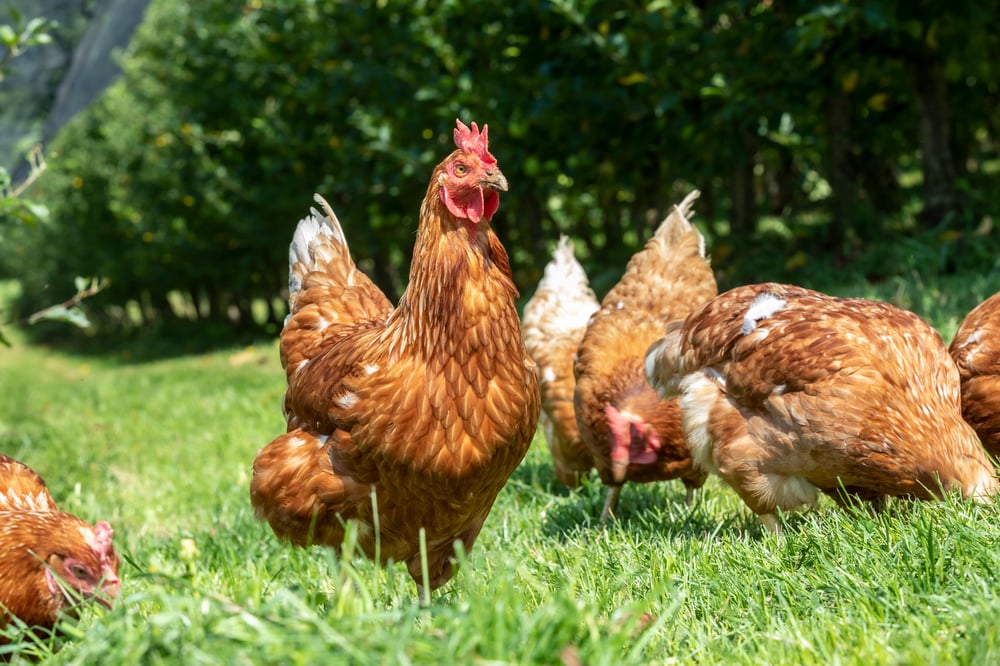 What is Avian Influenza?

You may have heard it called "bird flu" or "fowl plague," and it's just what it sounds like: the disease caused by avian influenza virus. It affects many bird species, including domestic birds like chickens and turkeys. The current disease is categorized as highly pathogenic, meaning it spreads rapidly.

"This is the same virus that led to the death of about 50 million birds in 2015 in the Western part of the U.S.," Dr. Martin said. "It was one of the largest animal disease outbreaks we've ever experienced. It cleared out around the end of 2015, beginning of 2016. But it still existed in Eurasia. Last year we were seeing that virus really kind of ramping up in Eurasia and getting to various countries where it had been before."

Dr. Martin said the United States Department of Agriculture Wildlife Services and its partners have been monitoring for the virus, testing wild birds in the U.S. to detect it early, as scientists predicted it would make its way here eventually.

The first positive case, on January 13, 2021, set the wheels in motion on containment efforts in the U.S. The first positive case was in a wild duck species and has been found in numerous wild birds since then including several species of waterfowl, as well as raptors like hawks and eagles.

"When we're thinking about biosecurity as it relates to this disease event, we're trying to make sure this wild waterfowl virus does not get into our domestic birds," said Dr. Martin.

He said the current virus can kill approximately 75% or more of the domestic birds that contract it, and said backyard chicken keepers can take measures to prevent the spread of the virus. As the saying goes, an ounce of prevention is worth a pound of cure. 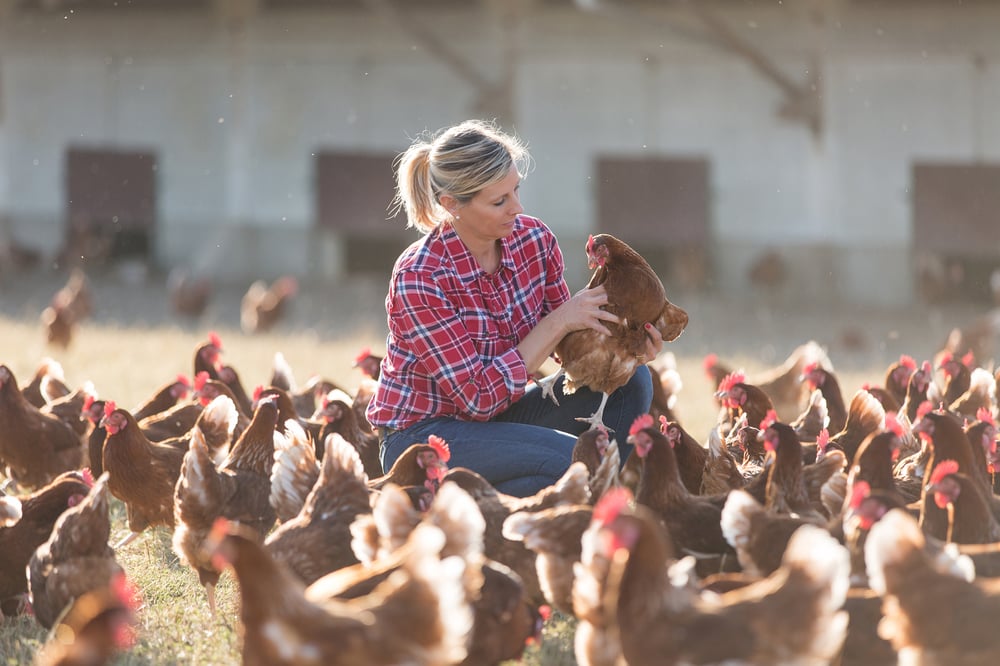 How to Prevent Avian Influenza in Your Flock

The virus is spread through direct contact with infected birds as well as through contact with surfaces contaminated with the virus.

"I think of the virus like wet paint. Anywhere wild birds are, they could be leaving droppings, that is like wet paint," Dr. Martin said. "If you come into contact with the 'paint,' like on the bottom of your shoes or on clothing in an area where you know there are wild birds, then you should think about where you're going until you can clean the wet paint up. Washing hands, changing clothes, having a designated pair of shoes or clothes that you wear when you're around your own birds."

This is especially true of waterfowl like ducks and geese, but it really applies to all wild birds. Dr. Martin said there isn't a lot of information about other wild birds, though it's clear the virus is prevalent in wild waterfowl.

He also suggested that chickens should be kept in coops until the threat lessens.

"We're really encouraging people, if it won't adversely affect the welfare of the animals, to keep their birds indoors, in a coop, until this virus seems to move out," he said.

And if you're thinking of adding new chickens to the flock this year, he says to make sure you quarantine them first, to make sure they're healthy.

"House them in a completely separate area and visit your established flock first, go and take care of them, and then go to your new birds," he said. "You just give it about a month or two and then if those birds start showing signs that they're sick, consider having them tested." 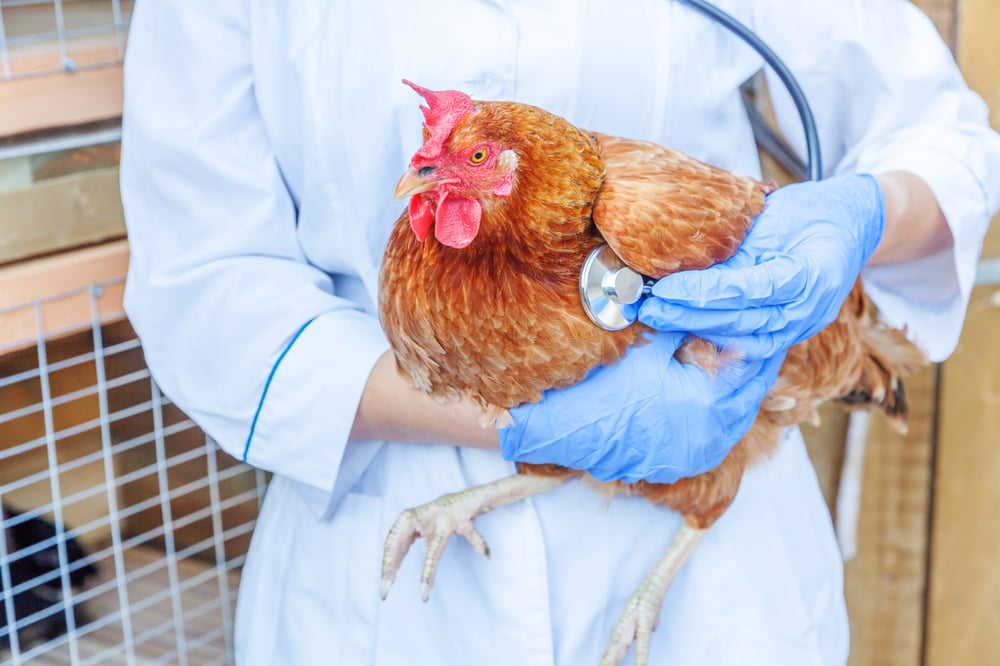 Signs of Avian Influenza in Chickens

Unfortunately, Dr. Martin said that one of the most obvious signs of illness in chickens is often sudden death. But he also said there are other signs to watch for, especially in chickens that haven't been sick for long.

"You can have more subtle signs like birds not drinking or eating, or they're quieter than normal," he said. "We're recommending that if somebody has something going on with their birds that they can't explain, they should probably be working with their veterinarian."

Here is the full list of avian influenza signs, according to the North Carolina Department of Agriculture:

What To Do If You Have Sick Birds

Dr. Martin said to reach out to your veterinarian as soon as you suspect illness in your flock. "They [veterinarians] all know if they have a reportable disease risk they can call the state lab system and work on getting the appropriate test sample," he said.

If you don't have a poultry veterinarian check out this article (tip #9) for tips and/or try contacting your state agriculture agency. The North Carolina Department of Agriculture maintains a database of poultry vet clinics in the state.

If illness is reported, you will likely hear from a state or federal animal health official who will want to learn more about your flock.

While Dr. Martin said it's possible you will need to test your birds and could be subject to the USDA's depopulation program if the virus is present in your flock, he also said that's better than alternative outcomes, such as high mortality rates and spreading the virus to other farms.

In addition, the USDA has a program to offset the cost of any losses, compensating for the value of chickens and eggs lost due to depopulation.

In the case of avian flu, the best medicine is prevention. So, follow Dr. Martin's biosecurity advice on cleanliness, containment, and monitoring in order to keep your flock healthy until the threat is reduced.

For more general information on caring for sick chickens (not specific to avian flu), check out: How to Build Your Chicken First Aid Kit and Sick Bay with The Chicken Chick, Kathy Shea Mormino. 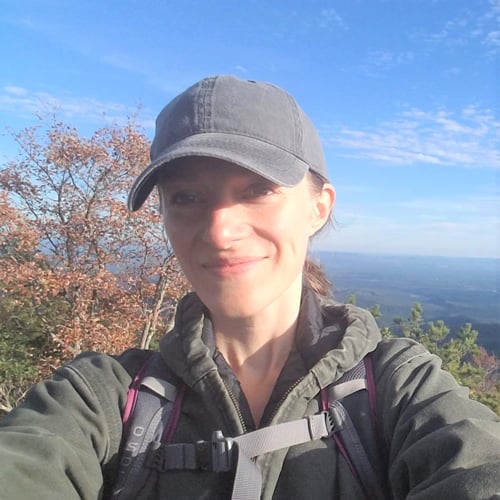 Sarah Seufer is a freelance writer based in the mountains of North Carolina. When she's not writing, you'll find her tending native plants at her local botanical gardens. She loves practicing yoga, hiking and rock climbing with her man.