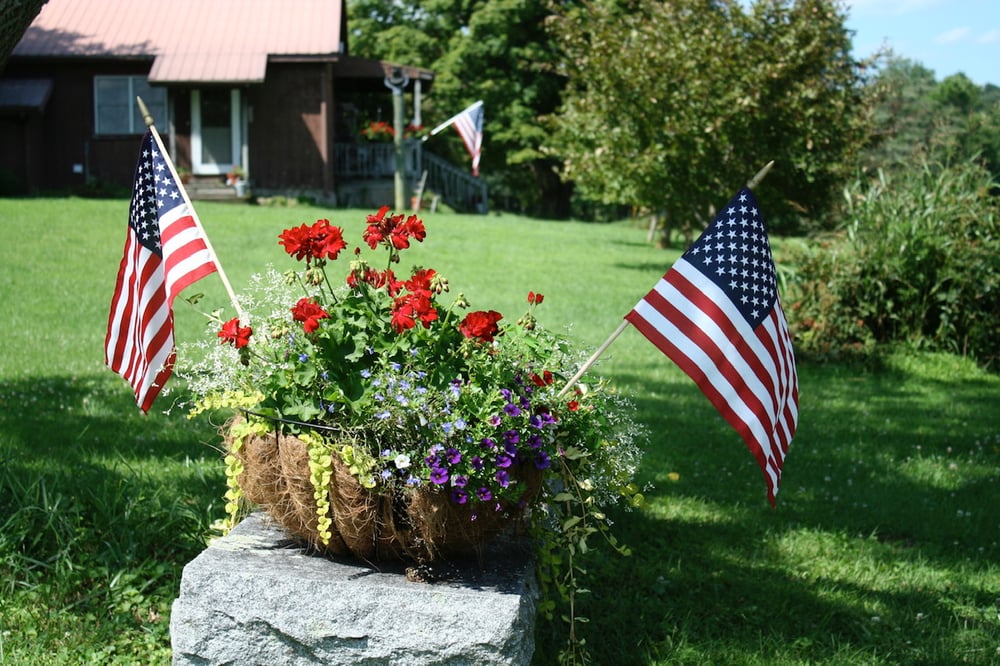 A Country Fourth of July

Get in the Fourth of July spirit with as Catherine S. Pond takes you back to holidays spent with her Grandparents and how they've adapted those traditions to their Kentucky farm life. She also shares her mother's special family recipe for "Retro Potato Salad"...a staple at any cookout. Happy 4th!

“On the Fourth of July, we tug at the bell rope in the barn and put up the flag to wave in the hot breeze, remembering that after John Adams signed the Declaration of Independence on the first American Fourth of July, he wrote his wife Abigail that he hoped Americans would always make this day one of rejoicing and merry making. We follow his wishes willingly.”

Celebrating the Fourth of July in the country just seems an all-American thing to do. There might be a local town parade — if so, go! Otherwise we prefer to stay on our ridge and put together a picnic, or invite friends to join us as we have in past years. In general, it doesn’t take much to keep me on the farm, or to have an excuse to prepare an outdoor meal on the grill with sides.

As a child in suburban Ohio we gathered as an extended family and celebrated two family birthdays: my Grandpa’s, who was born on July 3, and his eldest grandchild, my cousin, on July 4. It was semi-picnicky with all the right food: steaks (my father did the honor) slathered in butter when just off the grill (yes, it’s amazing), potato salad, devilled eggs, “fruit bowl” (essentially chilled cut up summer fruits, in a bowl, with mint), homemade iced tea (brewed with mint and lightly sweetened, if at all in the North), and birthday cake for dessert. We’d march around the living room and wave our flags to the great fun (and musical accompaniment) of everyone gathered, especially my Grandpa who delighted in it. My family was patriotic and proud.

I probably wouldn’t go in for fireworks if it wasn’t that we raised two boys who like to blow things up or shoot at things (skeet, mostly).

On our first Fourth in Kentucky we had a small fireworks show on our knob between rain storms.

The best part, however, was watching the countless fireworks displays all around us (and we can see 365 degrees on the top of the knob). In the distance along the horizon, we lost track of counting the pops and flickering colors over Lake Cumberland to the south, towards Berea and London to the east, many to the north and to the west. Their distant rumbling sounded like cannon blasts and I said to my husband, "I feel like I'm hearing and seeing far away battles."

I thought of the early Jaffrey, New Hampshire settlers (where my other grandparents lived) hearing the Battle of Bunker Hill being fought seventy miles away in Boston, as they raised the first timbers for the frame of the Jaffrey Meetinghouse in June of 1775; just two years after forming a town in the New England wilderness that would become the state of New Hampshire thirteen years later.

I thought of the embittered Civil War — some battles fought not far from us in Kentucky. I thought of what it might have felt like for the soldiers in World War I and II to be huddled in the trenches or invading foreign beaches. I thought of the conflicts overseas and wondered if they would ever end — and that was over a decade ago now.

But back to the FOOD!

The Fourth is a time to fire up the grill and make summery salads or festive desserts. In New England the tradition was fresh peas and new potatoes from the garden, with poached salmon and dill sauce, and we honored it on a few occasions. The Fourth of July is also an opportunity to utilize summer berries coming in and the first squash or early tomatoes from the garden. Here in Kentucky the strawberry season has just ended and local blueberries are, too — and there is still rhubarb in the garden which will make a fine pie or crisp.

Our typical menu consists of grilled meat of some kind, potato salad, devilled eggs, “fruit bowl,” homemade brownies “cockaigne” (the best, with walnuts: I’ve been making these since I was old enough to bake) and ice cream, and whatever else is brought or we feel like making. Sometimes I make a pot of homemade baked beans or a fresh veggie-filled pasta salad with pepperoni and mozzarella sticks chopped in for good measure.

And about that potato salad: my mom always made the best, of course, and served it well-chilled in a colorful Pyrex bowl from the 1960s. Over the years I have added to it but its essence is still the same. I am happy to share it here in honor of her and my father’s long ago backyard barbecue days. 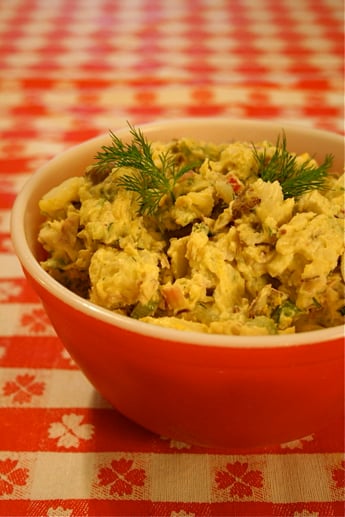 My husband loves this served warm or at room temperature. I like it best the next day, served cold, and after the flavors have really melded. It’s one of the recipes our children, now grown, still request — even in winter.

HAPPY FOURTH OF JULY—and thanks, Mom! 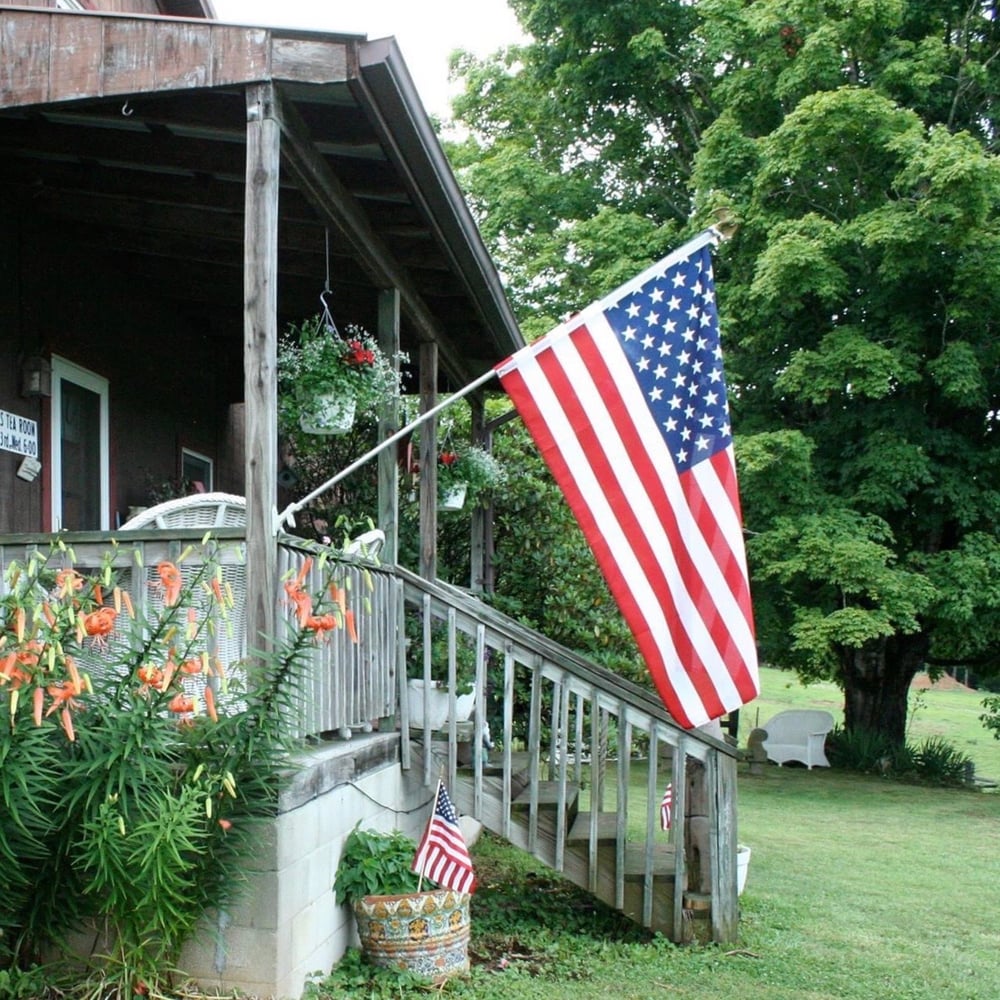