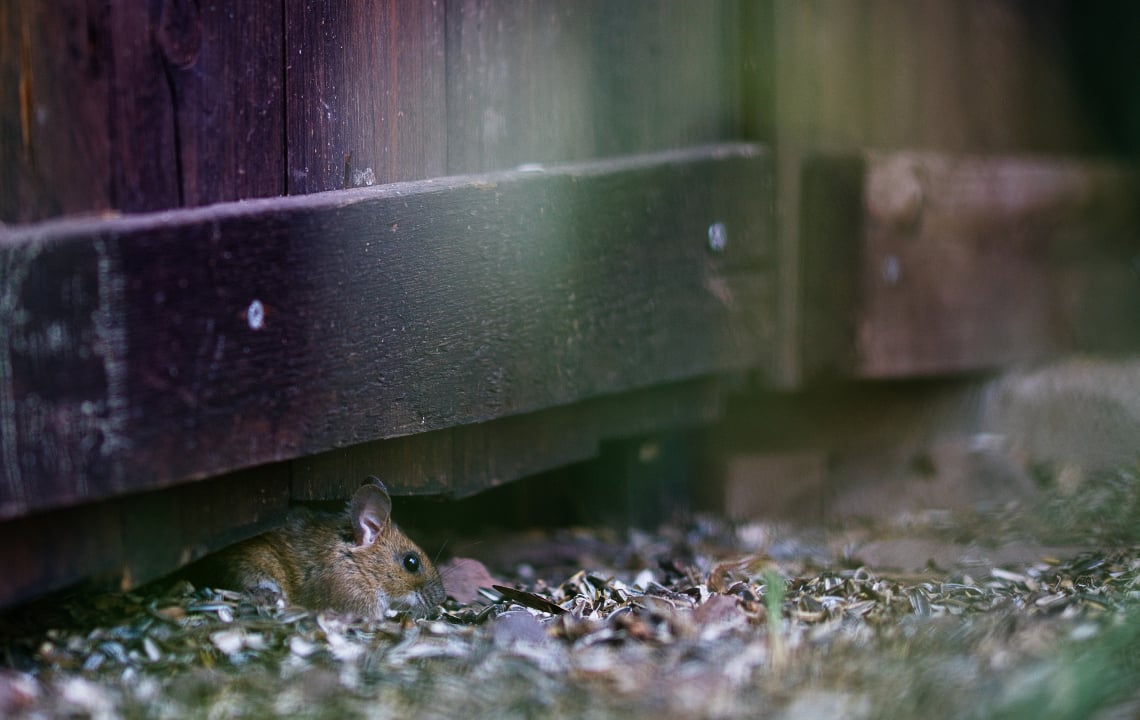 When you live close to nature, you're bound to come across various wild creatures...big and small. Mice, for example, are common on many farms and rural properties. In this article, Jim Mize shares his humorous encounters with mice at home and on the road (literally). Plus offers tips on the best mouse traps to use in different circumstances.

Few wild creatures bother me as long as they stay where they belong, namely, in the wilds. The exception is when they show up unannounced where they shouldn’t.

One such memory remains vivid despite the passage of considerable time.

We had just moved into our first rural home along with two puppies. One was a golden retriever and the other a Brittany spaniel. The nearby woods and orchards gave the dogs room to roam and the creek adjacent to our property provided a place to cool off and get muddy.

I mention the pups due to their indirect role in this story. I kept their dog food in the basement. One frosty morning, I crunched through frozen grass to enter the basement and get their food for the day. Once I stepped inside, my eyes still hadn’t adjusted to the darkness when I reached into the dog food bag with a coffee can to scoop out food and something wiggled.

When the dog food wiggled I quickly surmised something was wrong. I am smart that way. But wiggling dog food was a new one for me. 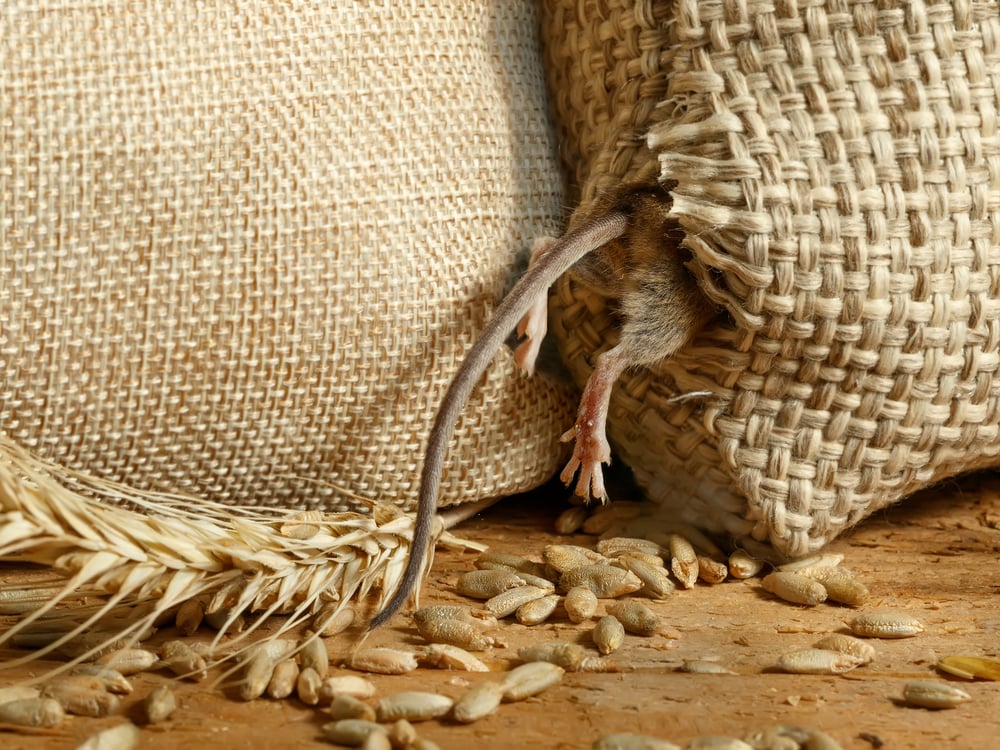 Looking closer, I found five field mice had taken up residence in the food bag. After all, I had to admit it was a good location for them if not for me since the basement was warm and the food in the bag was plentiful.

With a couple quick scoops the field mice were evicted from their new residence and returned to their field. If they resented being evicted, they never mentioned it.

Over the years, I’ve found that mice sometimes wander where they shouldn’t in search of shelter and food. A warm, protected area in particular seems attractive when the first cold snap arrives.

One of my more interesting episodes with mice occurred just recently.

Driving down the mountain to run errands one morning, I was lost in thought and beautiful scenery when something appeared on the hood of my truck that wasn’t standard issue from Toyota.

Looking closer, I realized a mouse was riding next to my windshield wiper. 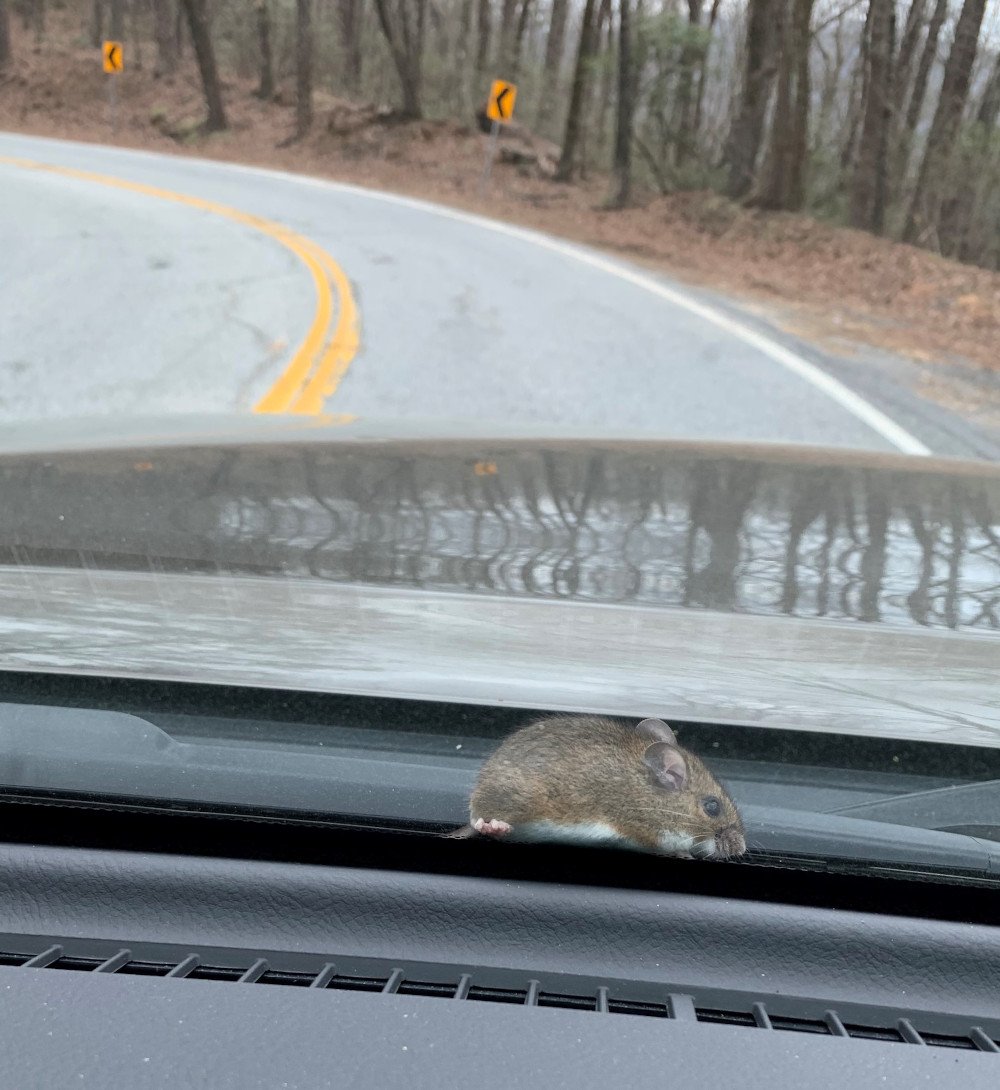 With his fur being blown up by the wind, the mouse looked twice his normal size. After a few minutes, it ducked back beneath the hood of my truck.

As soon as I could pull over, I popped the hood and quickly found his hiding place. Two beady eyes peered back out at me from a recess that looked like it might run all the way to my glove compartment.

At this point, I began to have visions of my truck with all the nonmetal parts chewed into shreds by mice. So I began a campaign to remove them.

After eradicating the mice — there were four under the hood — I had a mechanic look for damage and he confirmed they were using the paper from my air filters to pad their nest. Otherwise, I seemed to have come through with no other issues.

As far as managing mice, I’ve found different approaches that work well with the two situations described above.

First, in my basement where I store bird seed and other foods that might attract mice, I use a Ketch-All box trap with a spring-loaded mechanism. Since it doesn’t require bait, I can leave it there year-round for when mice show up.

Mice have a tendency to run along the wall so I set the box to intercept them near the birdseed. When they duck into the tunnel through the box trap, the mechanism trips and they flip into a holding area. 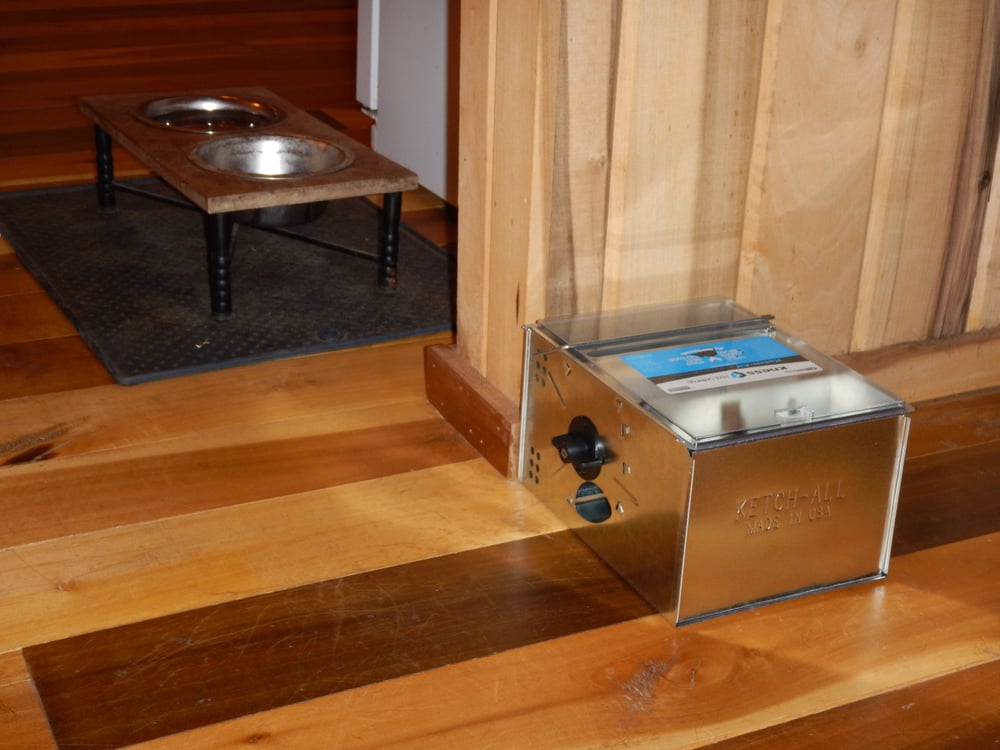 I say “they” because mice often travel in multiples. This type of trap automatically resets and allows you to keep catching additional mice after the first one.

The approach for catching mice in my truck was a bit more targeted.

I knew I had a problem and needed the mice captured quickly. Here I used a baited trap.

For bait, most of us have a tendency to use cheese. But this is not a normal food for mice as their more common diet consists of nuts and seeds. So the trap I used was designed for peanut butter as the bait.

To tell if you have mice, there are a couple clues you might notice before you ever see one.

First, they tend to leave droppings in areas they frequent. In basements, for example, keep an eye on flat surfaces like shelves or tables near a food source. Also, watch for holes chewed in bird seed and pet food containers.

Second, dogs often like the smell of mice and will give you clues of their presence. For instance, before I ever saw the mouse in my truck, I noticed Moose spent a lot of time sniffing around the front wheel well close to where I found the mice. Once they were trapped, he stopped. 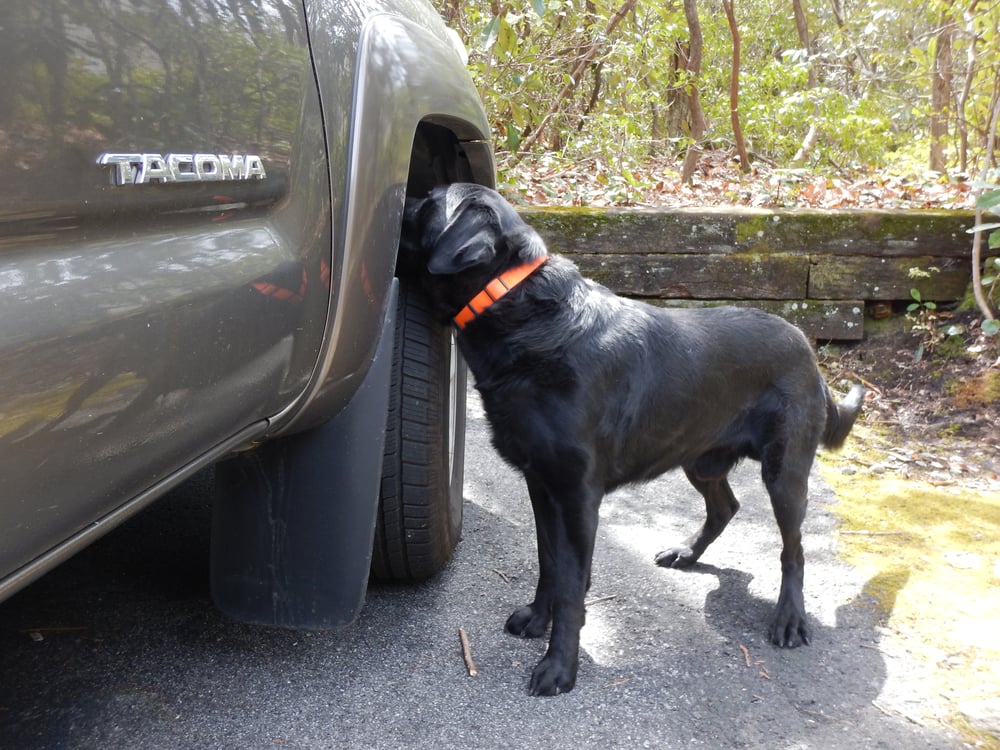 Mice are an important part of the food chain and common prey for carnivores in rural areas. Foxes, coyotes, hawks, and owls for example, all make mice a common part of their diets. So if you live in a rural area, you are bound to have an occasional encounter with mice.

But like most wild animals, mice are a better fit for the wilds than they are for your basement or truck so you may need a mouse management plan.  Trust me on this one.