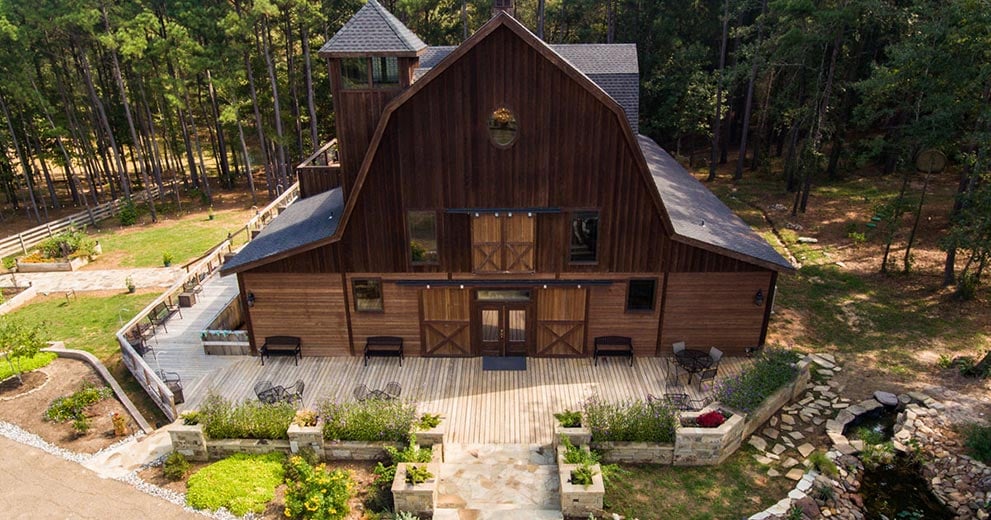 How One Couple Built the Barn Event Venue of Their Dreams

Discover how one couple transformed their property by building a barn event venue for weddings and other parties, and their advice for how you can, too.

Around September 2015, Art Strahan’s oldest daughter came to him with a request:

“Brittany wanted to get married on the property,” says Art. “She said ‘I want to have my reception in the new barn. Can y’all make it happen?’”

One hiccup: there wasn’t a barn. 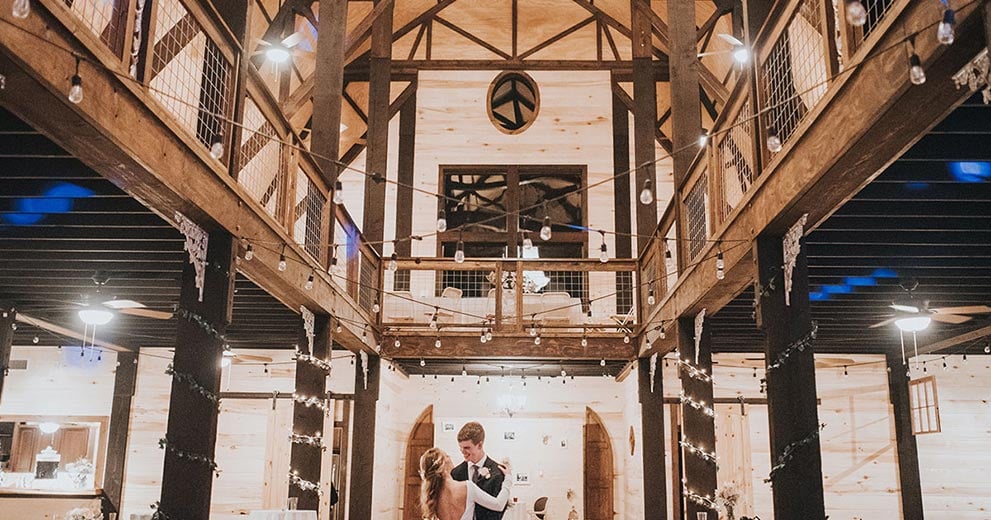 Art and his wife, Adriana, started developing their 74-acre property in Hallsville, Texas, in 2011, in a small community called Walkers Mill. As a retirement plan, the couple wanted to use the land to serve the area. In fact, they’d been researching barns and event spaces and had even settled on a Barn Pros model they liked. Their daughter’s request turbo-charged that vision.

“She was getting married in June,” says Art.

A barn would typically take a year or more to design and build, but with hard work and a lot of hands-on effort, the Strahan’s made sure their daughter had her dream venue within a range of six months, between forest and a barn. Building the structure also quickly launched the next phase of Art and Adriana’s dream for their property.

“The carpenter who was physically responsible for building the barn was also getting married that same year, in November,” says Art. “He came to us and asked if he could get married on the property and have the reception there. It really started to grow legs after that.”

In the past year, they’ve had all kinds of events at the barn: debutantes, corporate trainings, women’s retreats, birthday parties and more.

“We have seen now a completely different property, which we just want to share with people,” says Adriana.

Journey to The Mill Barn 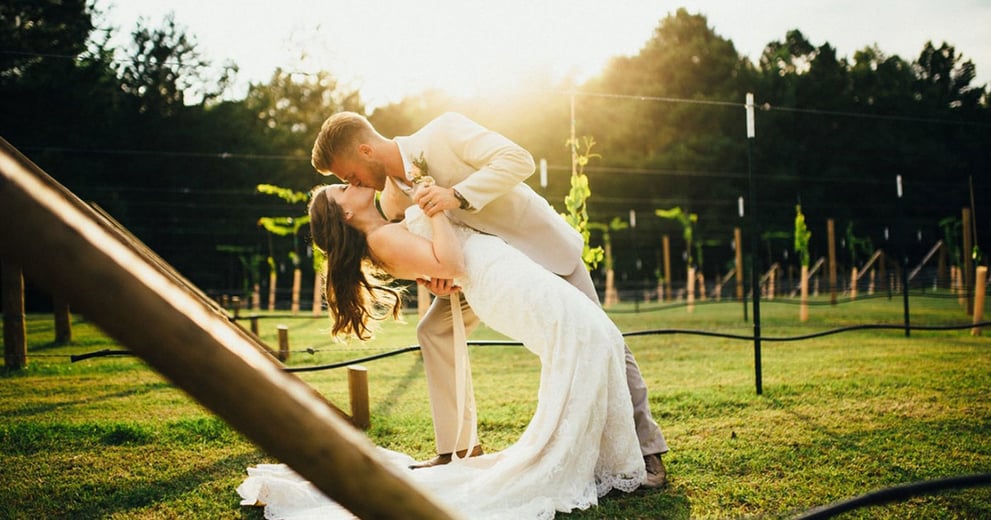 Art and Adriana were, actually, the first couple to get married at Walkers Mill, before it was Walkers Mill Vineyard & Winery. The two met nearly 20 years ago when Art was participating in a mission trip in Adriana’s native country – Brazil.

“I was assigned to be his interpreter by the Baptist Convention,” she says. “We worked really well together for one week, but we both were married and we lost contact for 13 years.”

Art, an orthopedic surgeon, and Adriana, an attorney, decided to make Texas their home. They were married on the property in late 2011 in an intimate ceremony.

Once they moved onto the land as a family—including their four daughters—they began to dream in earnest about what Walkers Mill could be.

“It just sort of transformed as time went on,” says Art. “As we used to walk in the forest, picking the wild muscadine, we would say to each other, ‘This place is meant to have life.’”

More Than a Barn

When the Strahan’s daughter requested a venue—stat—they knew generally which design they wanted, but were intent on customizing some aspects.

Using Barn Pros’ Ayshire 72’ as a template, they added knotty alder and steel doors, installed a picture window and oval windows on the second floor, and put in another dormer, a balcony and a second floor with a mezzanine. They also added interior wood siding and converted trusses to box beams.

“Barn Pros was just amazing,” says Adriana. “We loved one of their styles, but we wanted to make some changes. They were easy to accommodate and made it fit to what we wanted.”

The Strahan’s hired a local contractor to construct the barn, which arrived disassembled on two flatbed trucks.

The final structure is almost churchlike. The 6,336-square-foot barn has vaulted ceilings, a spacious great room and a full kitchen. There are bridal and groom’s suites and gardens surrounding the wraparound deck. One of the most exciting things for Art and Adriana is seeing how different groups customize the space and make it their own.

“That’s what is so fun,” says Art. “We saw our vision and knew what we wanted, but every time someone comes they completely transform it to something different.”

Art and Adriana are still working out what Walkers Mill will be in the coming years—there’s talk of cabins, walking trails and meals prepared on site—but one thing they agree on, Walkers Mill is more than just a business.

Learn about Barndominiums - transforming barns into homes or work spaces.

Pro Tips for Starting a Wedding and Event Venue

Art and Adriana didn’t necessarily set out to create a wedding and event center, but they have learned a few things along the way:

Art and Adriana say they stumbled into the event venue business, but they moved forward because it fit with their overall vision for sharing their property and enriching the community.

“You need to see the big picture even though you’re not able to accomplish everything at once,” says Adriana.

2. Partner with the right people.

When it came to building a barn, working with Barn Pros was a huge boon. Instead of just a company from which they purchased a pre-designed kit, Barn Pros became a partner in design and construction.

“The relationship was, in theory, done as they delivered the kit and we paid,” says Adriana, “But, no. They followed really close and were a real advocate to us and to the project and the vision.”

3. Get your hands dirty.

Adriana jokes that she is a lawyer who became a farmer. In truth, her current title could also include carpenter, plumber, vintner and even amateur veterinarian.

“I’m not afraid to get my hands dirty and Adriana isn’t either,” says Art.

One benefit to a Barn Pros build is the myriad of customizable options. The Strahan’s intentionally chose design elements that would enhance a wide variety of decoration styles.

“What we strived to do when it came to the design aspect was avoid things that were specifically Texas or specifically country, so you could be white tablecloth and black tie or, just a couple days later, you could haul in hay bales and have a hoedown,” says Art.

5. Stick to your vision, but don’t be afraid to pivot.

“Be flexible,” says Art. “Sometimes a better idea comes along on the fly—the contractor has an idea, the carpenter has an idea, someone walks by and says something—sometimes that changes everything.”

6. Understand your own temperament.

There are days when you’ll come home after a long day looking to relax, but “when you’re driving up the driveway and there are three cars there—that was an adjustment for me,” Art says. It took time to learn to share their home and create the boundaries between private and work life.

The Strahan’s vision for their property has evolved since their wedding in 2011, and they continue to dream about what’s next.

“If you’re passionate about it and thinking about it, go for it,” says Art.

All photos courtesy of Art and Adriana Strahan. 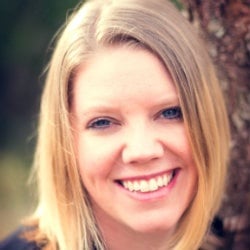 END_OF_DOCUMENT_TOKEN_TO_BE_REPLACED

Thinking of Moving to the Country? Here's How to Get Started Posted by Kristen Boye
END_OF_DOCUMENT_TOKEN_TO_BE_REPLACED

END_OF_DOCUMENT_TOKEN_TO_BE_REPLACED

If you’re buying rural land, you’ll want to become familiar with any covenants, conditions and restrictions (AKA: CCRs) that apply to your...

END_OF_DOCUMENT_TOKEN_TO_BE_REPLACED

Discover how one couple transformed their property by building a barn event venue for weddings and other parties, and their advice for how you...

END_OF_DOCUMENT_TOKEN_TO_BE_REPLACED

One couple shares their story of buying their dream property and turning it into a horse breeding and sales business, a haying operation and a...

END_OF_DOCUMENT_TOKEN_TO_BE_REPLACED

How one lady's passion for saving sea turtles has blossomed into a multimillion dollar effort to save the sea turtles of South Padre Island in...

END_OF_DOCUMENT_TOKEN_TO_BE_REPLACED

Our Favorite State Parks in the South Posted by Jennifer Frazier

We offer a guide to some of the best state parks in the South, including stunning beauties in Florida, Georgia, Mississippi, Louisiana and Texas.

END_OF_DOCUMENT_TOKEN_TO_BE_REPLACED 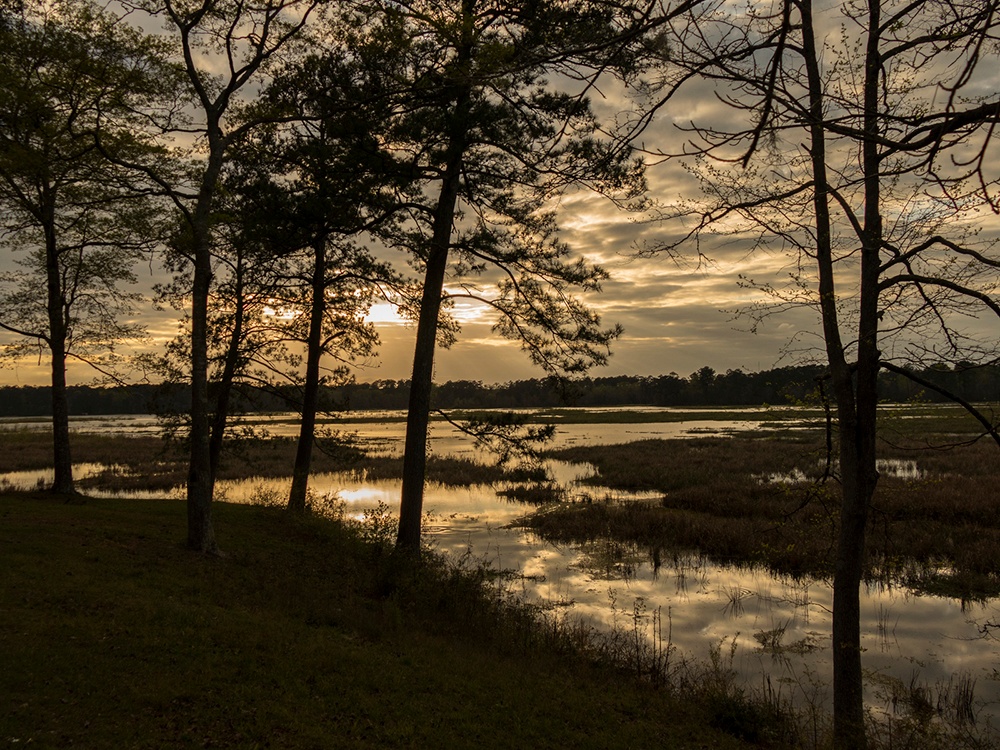 We review our 6 favorite Mississippi State Parks, which include beautiful lakes, world-class golf courses, even  an early-1800s parkway.

END_OF_DOCUMENT_TOKEN_TO_BE_REPLACED 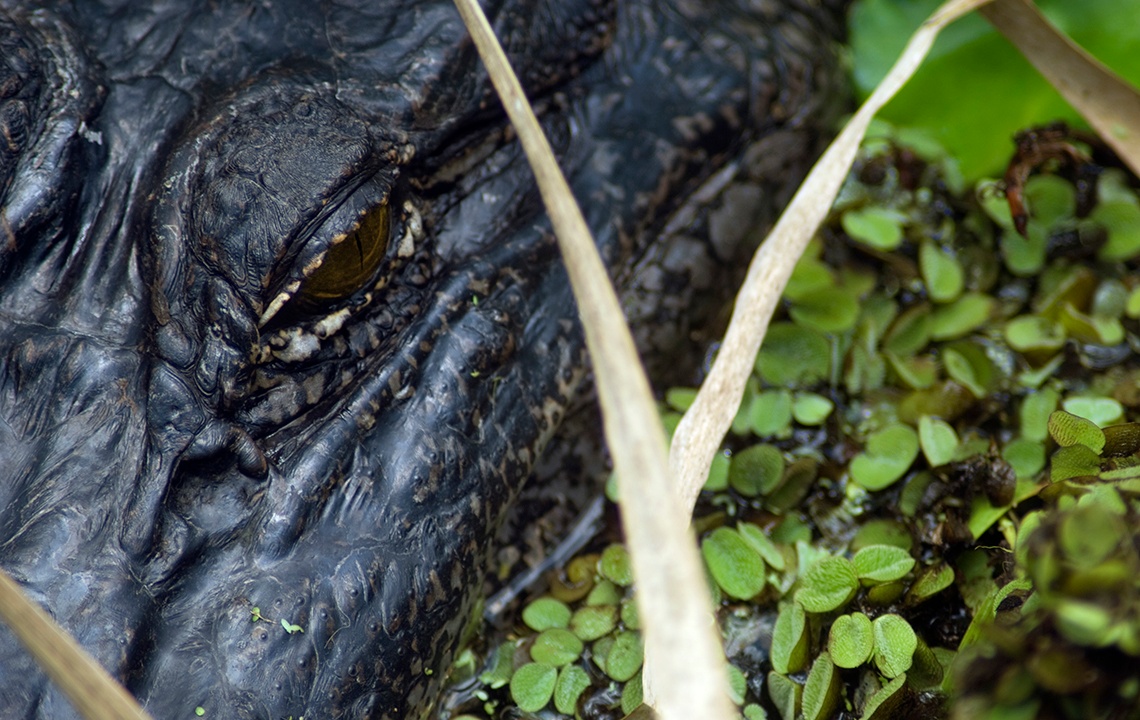 Louisiana boasts 19 state parks, all of which show off the vast natural beauty of the Bayou State. From a place where you can experience firsthand...

END_OF_DOCUMENT_TOKEN_TO_BE_REPLACED 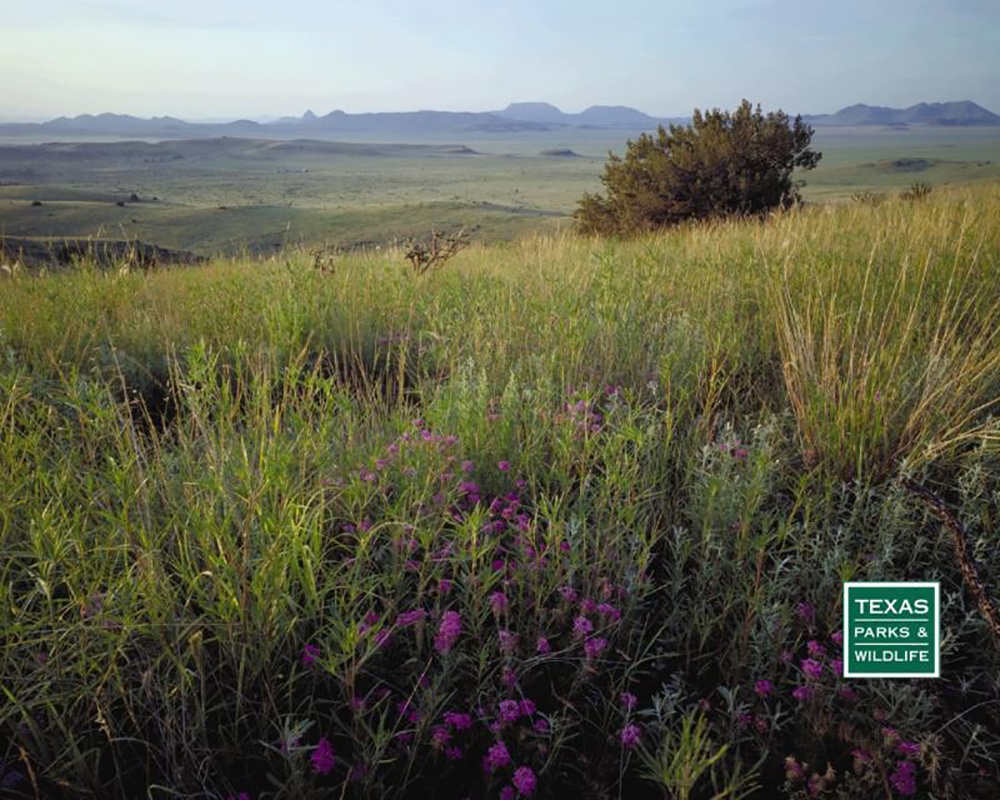 We review six of Texas's best state parks, including parks with canyons, mountains and even a park with what some believe are ancient dinosaur...

END_OF_DOCUMENT_TOKEN_TO_BE_REPLACED

Mountains, lakes, waterfalls and gorges are among the natural sights to be enjoyed in Georgia's state parks. Our list of 6 favorite Georgia parks.