Worm Charming and DIY Worm Farms: Summer Fun For Kids (And Anglers) Of All Ages

Need a fun activity to occupy the kids before school starts? An outdoorswoman and mother of 2 shares her experience trying out worm charming with her son. Plus, how to start your own DIY worm farm.

I have heard of bee charming and snake charming, but until recently I thought my ten year old was misleading me when he asked if I had heard of charming worms.

To say I was more than a little taken aback is an understatement. But apparently, all you need are two sticks, which seemed simple enough. So we took our sticks to some moist soil after a summer downpour, and put the scientific method to the test.

The kids were envisioning hundreds of worms erupting from the soil simultaneously, but the adults hypothesized one or two would make an appearance out of dumb luck.

The kids’ magazine in which my son got the idea, described the method as driving one stick as far as you can into the ground and then rubbing the second stick against it to cause vibrations. The worms think the vibrations are from a hungry mole, and flee to the surface to escape.

On the day we tried this endeavor, we landed about 100 worms in a matter of thirty minutes.

Our rate of success had me scratching my head, and led to more research on the subject. 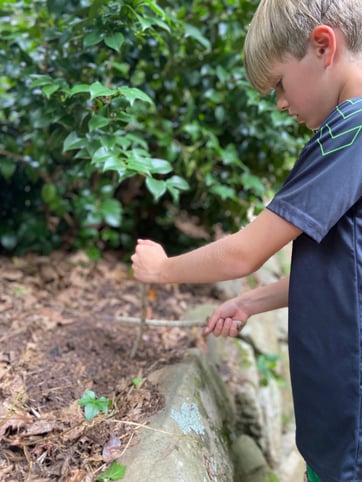 This method of charming worms is actually called worm grunting, and many people will use a wooden rod or stake instead of a stick in the ground. The tried and true method, according to Modern Farmer, is to rub a piece of metal against the wood to create the vibrations. The closer these vibrations are to mimicking a mole, the more worms flee to the surface.

The art of worm grunting also has its own following.

The town of Sopchoppy, Florida holds a Worm Gruntin’ Festival every year, complete with dancing, food and a king and queen. There is also a worm grunting competition for the kids. Other towns in Alabama, Ontario and England also hold a similar festivals.

According to Modern Farmer, “the Guinness World Record for the most worms charmed by sticking a fork in the ground and moving it around” is held by 10 year old Sophie Smith from the U.K.  She successfully charmed 567 worms in 30 minutes.

This got me thinking.

With our recent payload of earthworms, we decided to help the kids create their own worm farm, which is relatively cheap and easy.

How to Make Your Own Worm Farm 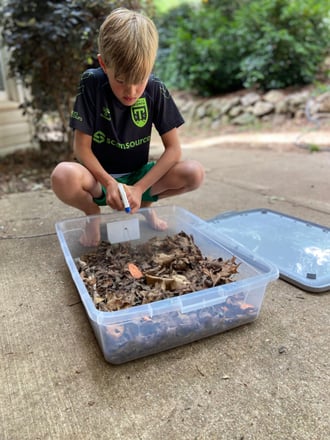 First, fill a plastic container with leaves, debris from the ground and loose dirt.

Next, to ensure unwanted critters (like moles) don’t mistake your farm for an easy meal, poke air holes in the tight fitting lid, ensuring they are too small for worms to escape.

After your farm is ready, put those worm charming skills to the test.

Find two sticks and push one as far into the ground as you can (it helps if the soil is a little wet). Next, rub the two sticks together and start watching about a three foot radius around them for the earthworms to start peeking out of the ground. Grab them, and place them in your farm.

There are also foods to avoid. According to the University of Maine, worms do not like spicy foods, onions, garlic, dairy foods, butter or fats, meat or bones or citrus fruit or peels. Worms like about a yogurt container full of scraps once a week in different parts of their environment to eat.

Maintaining a worm farm is relatively easy as well. Here's how:

To keep your worms happy, make sure their environment stays moist. Paper coffee filters help keep moisture in the dirt, but you also may need to assist with a spray bottle of water.

Worms also need to be relatively cool. According to the University of Maine, red wigglers like the temperature of their environment to stay between 40-70 degrees. This can be difficult during the summer months in the south, so find a cool shady spot for your farm.

If you are looking for an end-of-summer project or the kids are asking for another pet, consider building your own worm farm. It takes few supplies, is easy to maintain, and can be entertaining to see the food you add to it disappear.

Keep the worms moist, cool and well fed for a successful worm adventure. For extra enjoyment, try worm charming and see how many earthworms actually live and thrive in your local soil. If nothing else, you will have bait for bluegill all summer.

Corey Hunt is an award-winning freelance outdoor writer and photographer from the upstate of South Carolina, where she lives with her husband and two children. Her work has appeared in publications such as Dun Magazine, South Carolina Wildlife and other online publications. More on Corey’s writing can be found on the blog she writes with her husband, www.twodogoutdoors.com.

END_OF_DOCUMENT_TOKEN_TO_BE_REPLACED 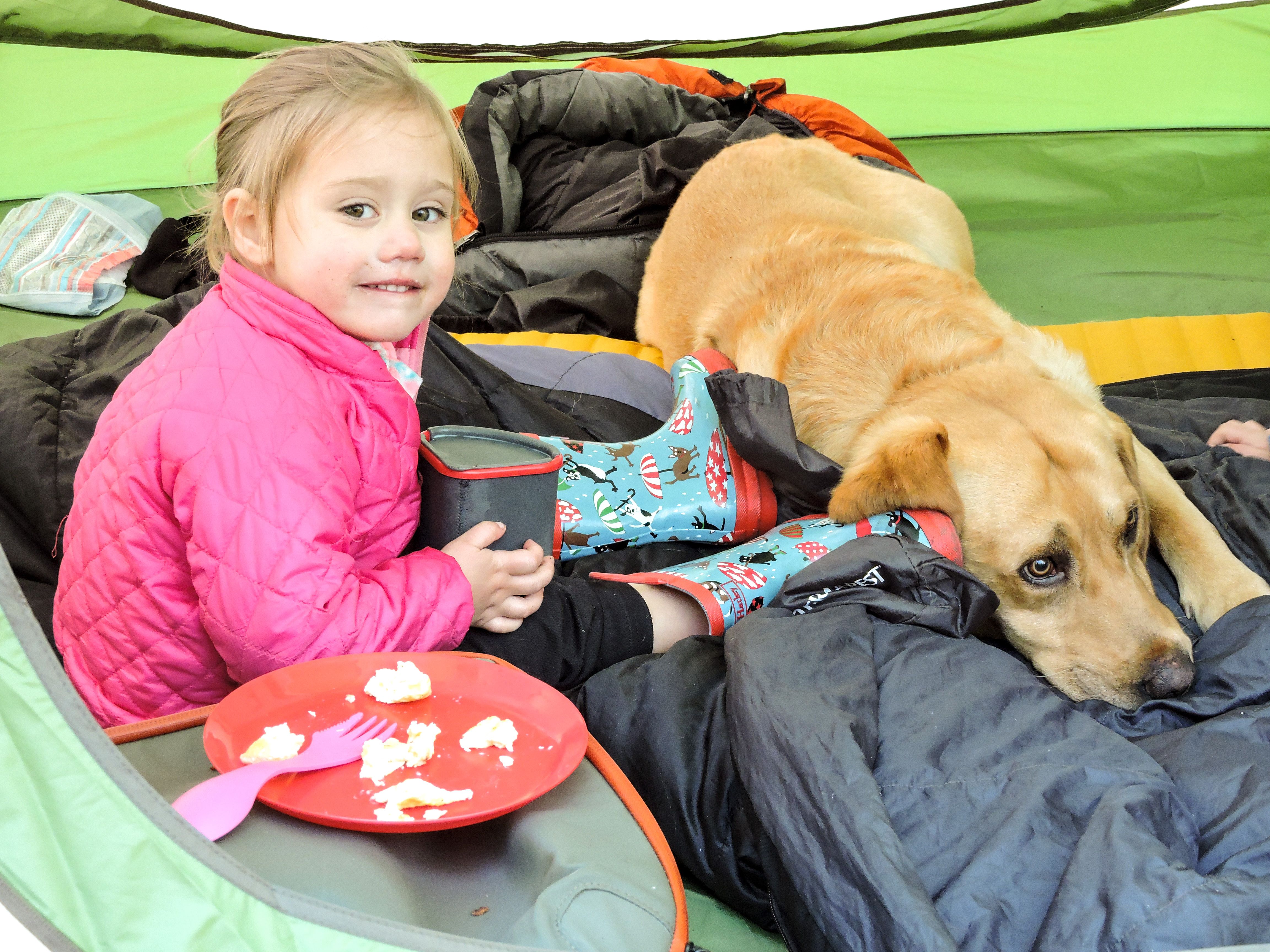 Camping expert, outdoorswoman and mother of two, Corey Hunt, shares her wisdom on how to plan a successful and fun camping trip with toddlers while...