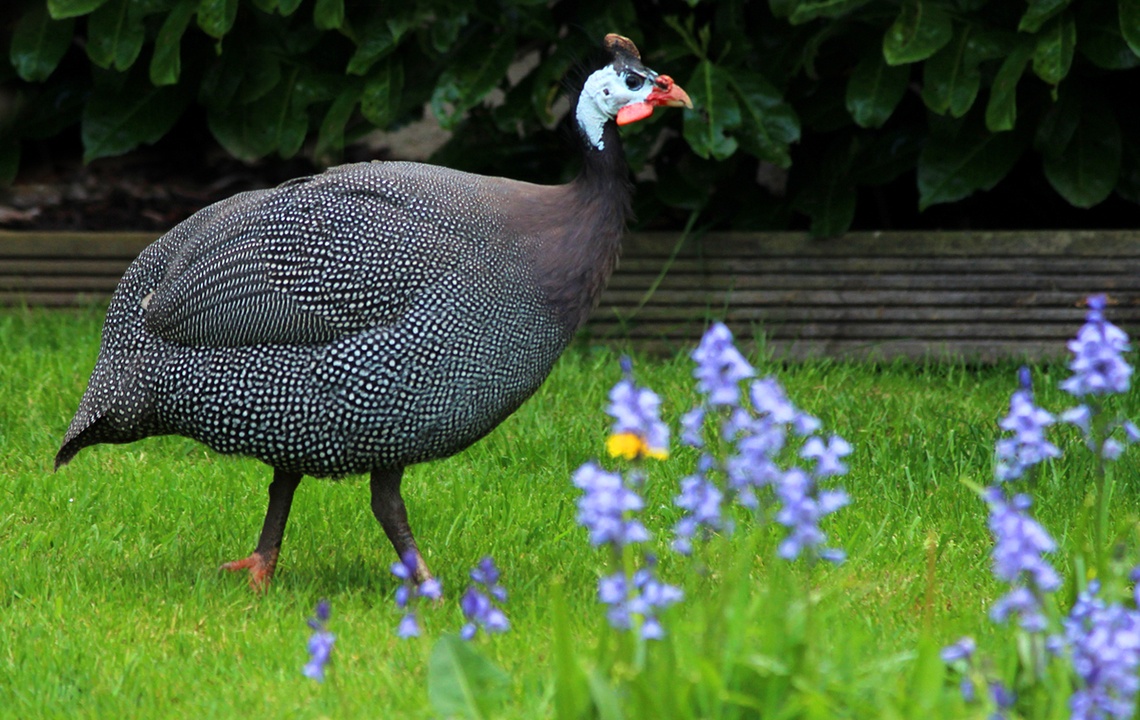 Ticks are toxic for your body, but your repellent doesn't have to be. Try this health expert's top solutions to keep the ticks at bay.

Spring is here, and there’s no better feeling than stepping out on your own piece of property to take in all the sights, sounds, smells, warmth and outdoor activities of the new season.

Then, as you run freely with your children across the open field or set up camp in the nearby woods, you remember…it’s also the start of tick season.

Ticks have become more than a nuisance for rural landowners, farmers, hunters, campers and lovers of the great outdoors.

Not only do their bites carry a risk of infection and tick-borne illnesses like Rocky Mountain fever (not to mention a hefty dose of ick!), but they have become notorious for spreading Lyme disease. Commonly thought of as a north-of-the-Mason-Dixon-line-problem, Lyme Disease is now popping up in the South, with incidences reported on the CDC website in all the Southern states.

Though there is some controversy about what variety of tick is causing the spread of Lyme in the South, the numbers reported by the CDC don’t lie: Lyme Disease has officially breached the Mason Dixon line.

So, what can you do to protect yourself and your family without resorting to marginally-effective pesticide-laden bug sprays?

A lot, actually, and many of these natural tick repellants can be made, raised or set up for very little time, effort and expense.

Guinea fowl, a farmyard bird native to Africa, are growing in popularity in the United States because they’re low-maintenance, hardy, self-sufficient, scare away predators that pray on other poultry (they’re very vocal) AND they gobble up pests—including ticks.

That’s right. These humble birds can help control the tick population on your homestead AND they even patrol for poisonous snakes.

Guineas typically free-range around a property, but it is wise to provide them with a coop for protection from coyotes and other large predators.

They do lay eggs, but, unlike chickens, they lay them all over the place so their value lies more in pest control than egg production.

I have a personal testament to this one: My family and I live in the mountains of Western North Carolina, where we encounter a lot of ticks in the warmer seasons.

Determined to avoid both tick-borne disease AND toxic bug sprays, I did some research and settled on trying a DIY bug spray made with rose geranium essential oil.

Geranium flowers themselves make great tick and bug repellants, so it would serve to reason their essential oil would do an even better job. It did not disappoint.

Every morning my daughter and I applied the bug spray before our walk through the field, down to the chickens and through the woods. Only once, while picking blackberries, did we pick up ticks…and they were in our hair where I neglected to apply the bug spray.

Thankfully, we spotted them early and none attached…but I sprayed our hair from then on and we had no further encounters.

And we’re not the only ones it has worked for. 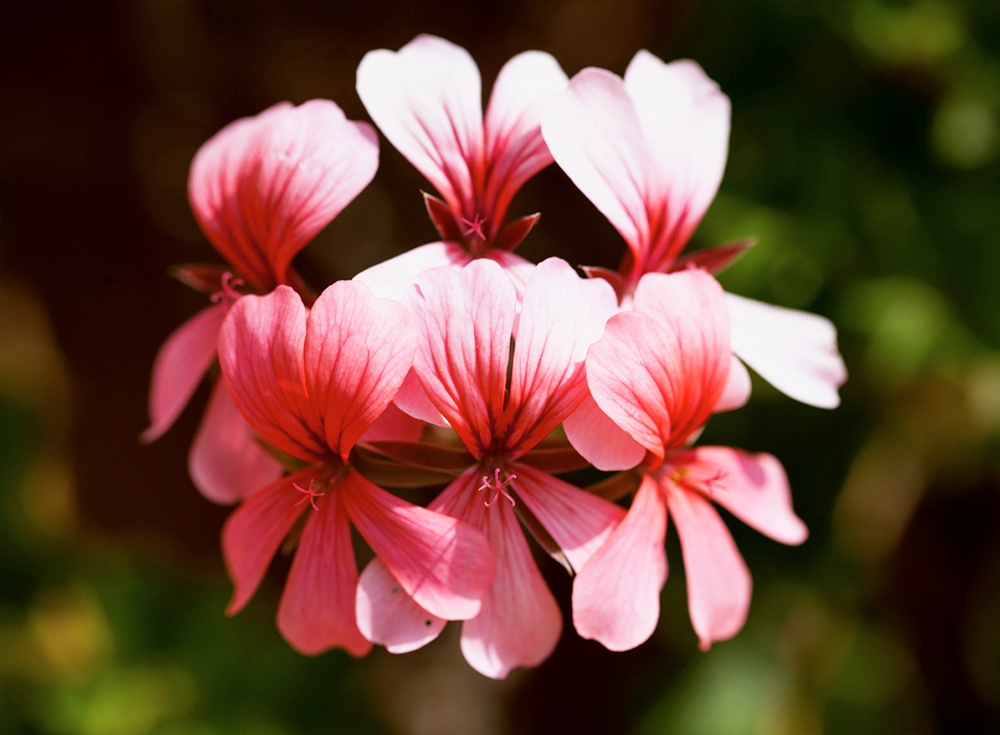 In my internet research on natural bug sprays, I came across Kelly Winters’ blog: Primally Inspired, where she and other readers shared their success stories using rose geranium in Lyme-infested Pennsylvania. So this stuff really does work.

Rose geranium oil is not expensive and can be found on Amazon.com or through your favorite essential oil company. Just make sure it is 100% essential oil or it is unlikely to work as well.

Click here to get the Natural Tick Repellant Recipe spray and lotion recipe we use courtesy of mommypotamus.

This form of repellant is best used for back yards, garden plots or around the perimeter of your house.

Basically you spread gravel and/or diatomaceous earth to create a border around your house, garden or yard.

It works because ticks prefer to hang out on long grass or in the woods and won’t cross rocky borders.

Diatomaceous earth, a cheaper albeit more temporary barrier, literally slices any bug that crosses its border. So it works great for ticks, ants, cockroaches or any type of pest you want to keep out of your house, yard or garden.

Either method will help keep your home tick and pest-free without toxic pesticides.

You can also use this method to create a tick-border between fields or forests and the land surrounding your home.

These are more preventative measures than repellants, but an ounce of prevention is worth of pound of cure.

If you’re planning a day outdoors, choose light colored clothing and wear a hat. It’s easier to spot ticks on light-colored clothes and a hat will prevent them from crawling up into your hair.

Implement a daily tick check before bed or bath.

This is important because a tick can only transmit Lyme disease if it’s been attached for more than 24 hours.

Many essential-oil-based bug sprays are safe and effective, but just make sure they’re formulated to repel ticks and not just mosquitos.

Some top-rated brands include:

Think Deer Populations Are Causing the Spread of Lyme in the South? Think Again…

Many people believe the increase in ticks and Lyme is the result of deer populations run amuck.

But don’t be so quick to blame the deer.

A 2012 study from The University of California, Santa Cruz found the increase in Lyme-carrying ticks is actually due to the declining population of the red fox and a sharp increase in coyote population.

How does this work?

Red foxes feed on small mammals like mice, shrews and chipmunks all of which transmit Lyme disease bacteria to ticks.

Coyotes will kill red foxes and foxes won’t inhabit coyote territories. Plus, coyotes don’t eat the same small mammals that red foxes do, thus the increase in tick populations and the spread of disease.

Since coyotes are still relatively new to the South, their growing populations could explain why we are seeing more incidences of Lyme disease than 10 or 20 years ago.

In the end, even though the South bears far less tick-borne illnesses than the Northeast, times are changing and it pays to be vigilant.

By using one or more of the techniques above, and becoming aware of how an imbalance in predator populations affect the spread of disease, we can protect ourselves and our communities from tick bites, infestations and tick-borne illnesses.