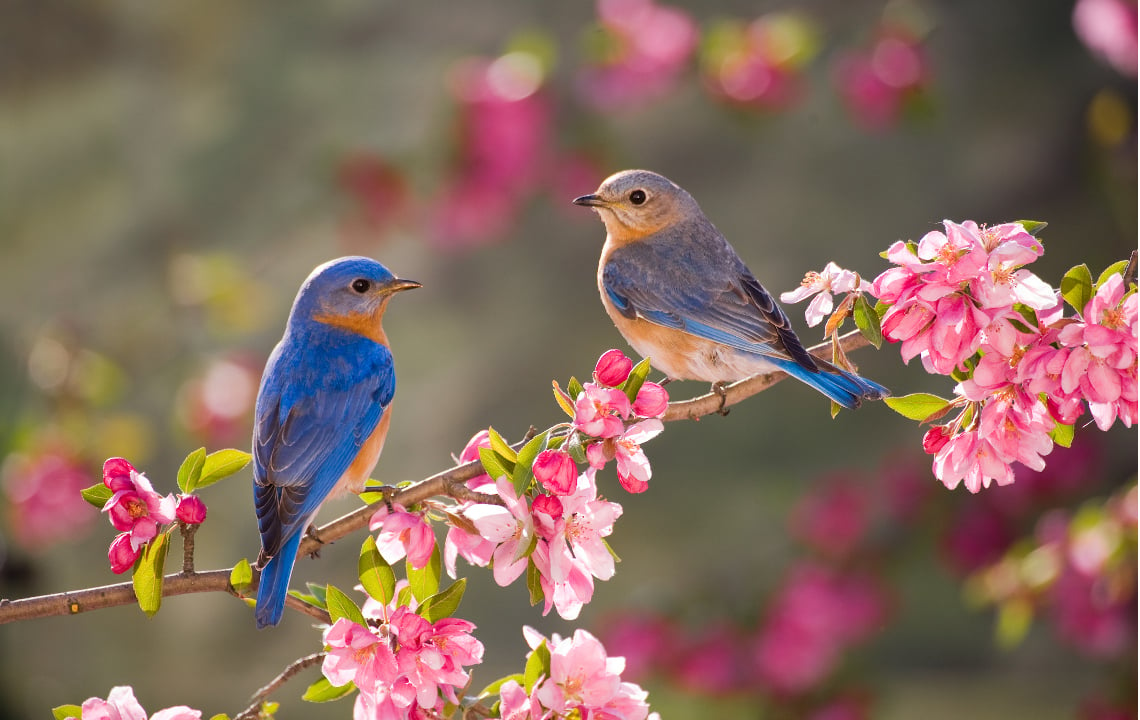 How To Build Nesting Boxes That Attract Bluebirds To Your Land

Looking for a fun and purposeful project to ride out the last days of winter? L. Woodrow Ross shares how landowners can help enhance bluebird populations this spring by building nesting boxes. And the more bluebirds you have on your land, the less insects you'll have to contend with in the warmer months...a win-win!

Bluebirds numbers had plummeted in the previous century. Invasive and undesirable species had usurped their nesting cavities. The interest in saving this beautiful, cavity nesting bird was widespread, and they have made a remarkable comeback.

The addition of bluebird populations to rural property is sure to provide the country dweller hours of delightful bird-watching. They are colorful, and watching both parents care for the new hatchlings is very entertaining. There are other benefits as well. Bluebirds are insect eaters. They sit on high perches and dart downward to snatch insects such as beetles and grasshoppers from the grass and return to their former perch to consume them.

Being wonderful parents, they work faithfully to bring insects to their hatchlings so they develop rapidly into colorful replicas of their ancestors. Insects are a good source of protein and the young develop rapidly as a result of this diet. 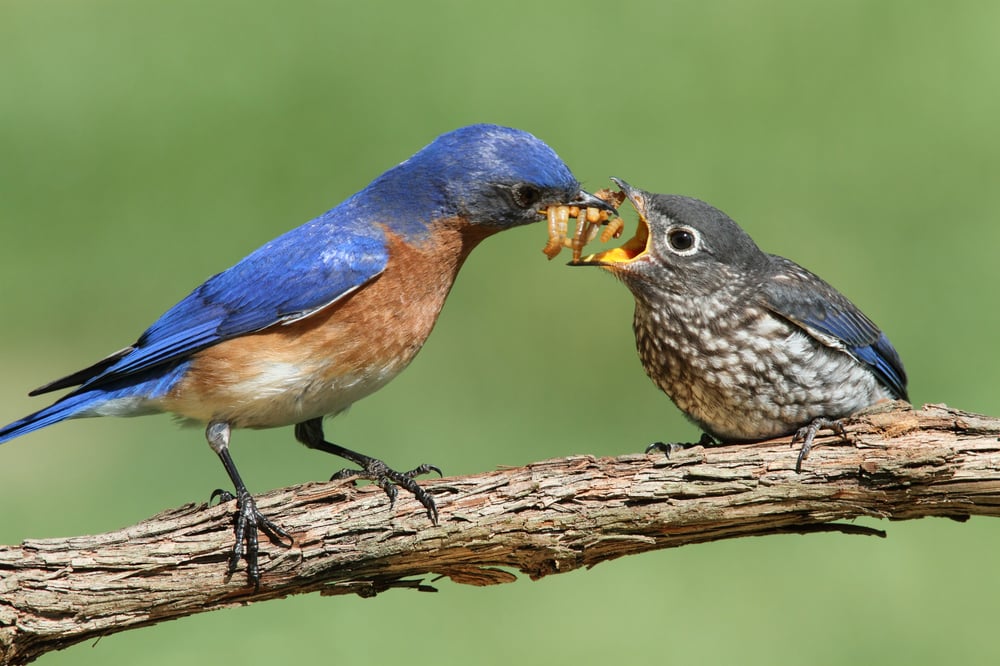 Tips for providing a safe haven for bluebirds and enhance their population.

Pasture fence lines are excellent sites for setting up nesting boxes. Some organizations, such as the North American Bluebird Society, provide detailed information about propagating bluebird populations by building nesting boxes. They provide a list of materials needed, dimensions for boxes and even diagram how to lay out and cut the boards for best utilization.

There are a few pointers to keep in mind when establishing bluebird nesting sites.

Bluebirds begin checking out nesting boxes, cavities in trees and other potential nesting sites as early as February.

By the end of March or early April, nest sites are selected, with nest building usually occurring in April. The nest building may take five or six days and is constructed with weed stems, pine needles or other materials and lined with small, dry grass.

Eggs are laid once daily and a total of 3-6 are possible with an average of 4 to 5. After an incubation period of 14 days, the young are fed a diet of small, soft insects, primarily by the male, as the female stays with them to provide warmth for the almost naked young.

In only a matter of 12 days, the weight of the young may be close to that of an adult and the early down has transitioned to plumage similar to the adults. They will have more of a mottled appearance for a short period. At about 17-18 days, they will be encouraged by the parents to leave the nest. They are capable of short flights and usually will perch on a limb where they will continue to be fed by the parent birds for several days and will be self-sufficient after about a week and one-half. 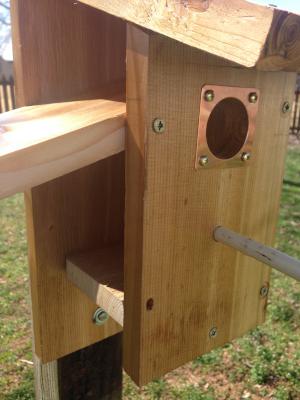 Bluebirds may raise as many as three broods in a summer.

It is important to clean out nests as soon as possible after all the young birds have left the nest. Parasites will reside in the nest material, even though the parent birds will remove feces from the nest on a regular basis.

The nest box design available from North American Bluebird Society features a pivoting side panel that is easily tilted to allow for easy removal of old nesting material. Some designs from other sources feature fronts that tilt. I have used both designs, but the side tilt may be preferable. Some commercially available houses have hinged side panels that also allow easy clean out, have plexiglass panels for observation and a screen mesh to support the nest slightly above the floor of the box.

Boxes should have good ventilation, as they can become extremely hot in summer months. Also, the bottom should have vent holes or have the corners mitered to allow for good drainage, should water get inside the box.

There are groups that maintain “bluebird trails” and monitor them in the nesting season. If you are interested in joining such a group, information is available from the North American Bluebird Society.

If you are a rural property owner, you can have your own bluebird trail. Don’t forget to place a couple of boxes where they can be observed from your porch, deck or patio. They will enhance your personal space and provide hours of entertainment.

In closing, February is a perfect time to get started building nesting boxes so they're ready for the bluebirds (and you) to enjoy come Spring.