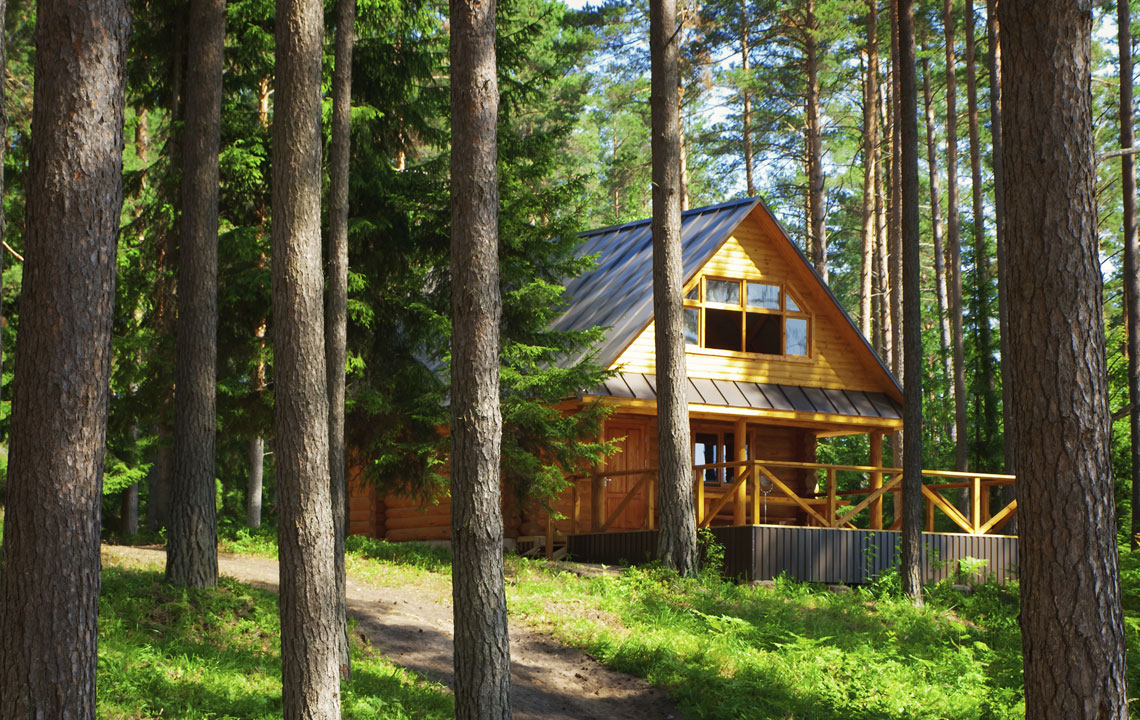 Hunting camps are like underwear: the most comfortable ones are old, worn, and not much to look at.  The biggest difference is that you don’t share both with your friends.  Usually.

Like worn underwear, however, great hunting camps take time to develop.  If you’re starting from scratch, you have to think about a number of factors.

For instance, consider the location.  The ideal hunting camp is so remote you have to be lost to find it.  But this makes locating the camp near a landmark, such as a large mountain, beneficial.  The peak serves as a beacon, preventing members from becoming disoriented, or at least making them ask when lost, “Why’s that big mountain over there?”

Another nice feature in locating a hunt camp is a creek.  A babbling stream can soothe the weary into a deep sleep, or for some, put suggestions in their subconscious that keeps them from drinking much before bedtime.

A fish pond on the premises can be a big plus as well.  There’s nothing like a good mess of fish to put the crew in good spirits.  In the event your group tends to fish like they shoot, you might want to consider keeping handy a supply of fish sticks.

To add color to your camp, instead of a creek consider substituting a swamp.  You’ll find that hunters who have mosquitoes to complain about tend to gripe less about your cooking.  Especially if it is fish sticks. 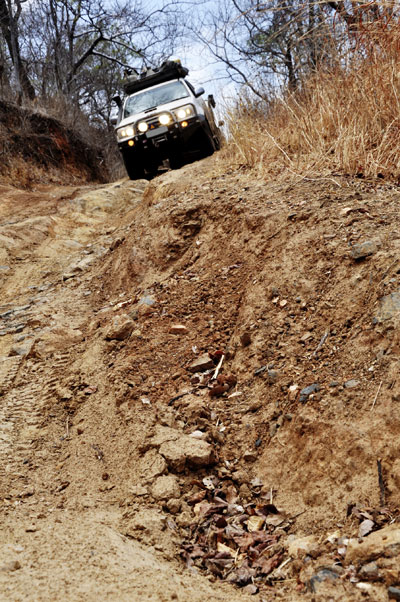 The approach to your camp can be just as important as its location.  Camp roads should be challenging.  There’s no better initiation rite than to have a new member drive the family car to the lodge.  Those who turn around make poor members anyway and the cars that get stuck just keep the road from washing out.  Any cars permanently abandoned make great stands in inclement weather.  Think about it.  How many stands have you hunted from that have a radio, a heater, and windshield wipers?

Once you pick your site, the next step is to design the lodge.  Camp lodges take all sorts of shapes.  I once stayed in a hunting lodge that had been left behind by the Civilian Conservation Corps, probably because it was run down 70 years ago.  On second thought, it might not have been abandoned.  Judging by the ages of our members, I don’t know whether the workers left or just joined our club.

It makes no sense to construct a mansion out in the middle of nowhere.  I mean, who wants to be in charge of telling hunters to wipe their feet and not to spit on the floor.  The place should be simple, with few amenities beyond walls and a roof.  In my book, a creek is all the running water you need.

But some people are picky about these things.  Some members consider electricity a necessity.  But the way I look at it, if you have lights, you’re going to have mosquitoes.  And if I’m going to give blood, I’d rather not give it to a bug.

The club I belong to now has a lodge made of logs.  For heat, we have a wood stove modeled after our club president . . . it’s a potbelly. We encourage members to hang trophies on the walls.  This was slow to develop at first, until we discovered how good the trophy hunting could be at yard sales. At night, it’s a lively place.  For instance, we often celebrate with a little music, and typically, we play Top 40 Hits.  Well, actually they’re from the 1940’s.

Still, regardless of the effort you put into the lodge and its location, the members make the club.  The ideal club members tend to be a crusty bunch, the sort that might have gone on the Gold Rush.  A good many of them might also appear to have not bathed or shaved since they got back.

The worst members are those who constantly complain, whine, cajole, gripe and nag.  It’s enough to make you jump out of a treestand.  Unless of course, that member is you.  Then you may be thrown.

Most clubs have at least one prankster.  These guys loosen the lids on salt shakers, super-glue the loose end of the toilet paper roll, or liven up the sleeping quarters with roadkill.  At some clubs, these guys are easy to identify.  They’re the ones tied to a locust tree out front.

Shooting skills at most clubs are optional, but the ideal is for everyone to be average.  Otherwise, those who shoot poorly dampen the overall image of the club and those who shoot well put excess pressure on the remainder.

It also helps to have members of different sizes.  That way, when the alarm goes off in the middle of the night and all of you are half-asleep getting dressed in the dark, you’re less likely to put on each others’ clothes.  This is the primary reason, by the way, I’m in favor of all-male hunt clubs.

In the perfect hunt club, none of the members would snore.  The next best thing, however, is that none of them hear well.

Camps should run themselves without rules.  Not that every member has his own way, but every member behaves in a fashion suitable for all.  Occasionally, someone who gets a little uppity may need to wake up with a dead possum.  These sorts of events have a restorative effect, even though you get tied to the locust tree out front.

Card games frequently erupt at the lodge, but it pays to be careful with betting in a hunt camp.  The old rule of thumb is that you never bet more than you can afford to lose, but if you do, lose it to someone who owes you money.

All in all, you may grow to like your hunt camp so much you wished it was home.  And if you stay there too much, you may discover that your wife just chucked all your belongings out the window and your wish came true.

Are you looking for hunting land of your own? Raydient Places + Properties features country land for sale throughout the South, including hunting tracts. Take a look at the current inventory at RaydientPlaces.com.