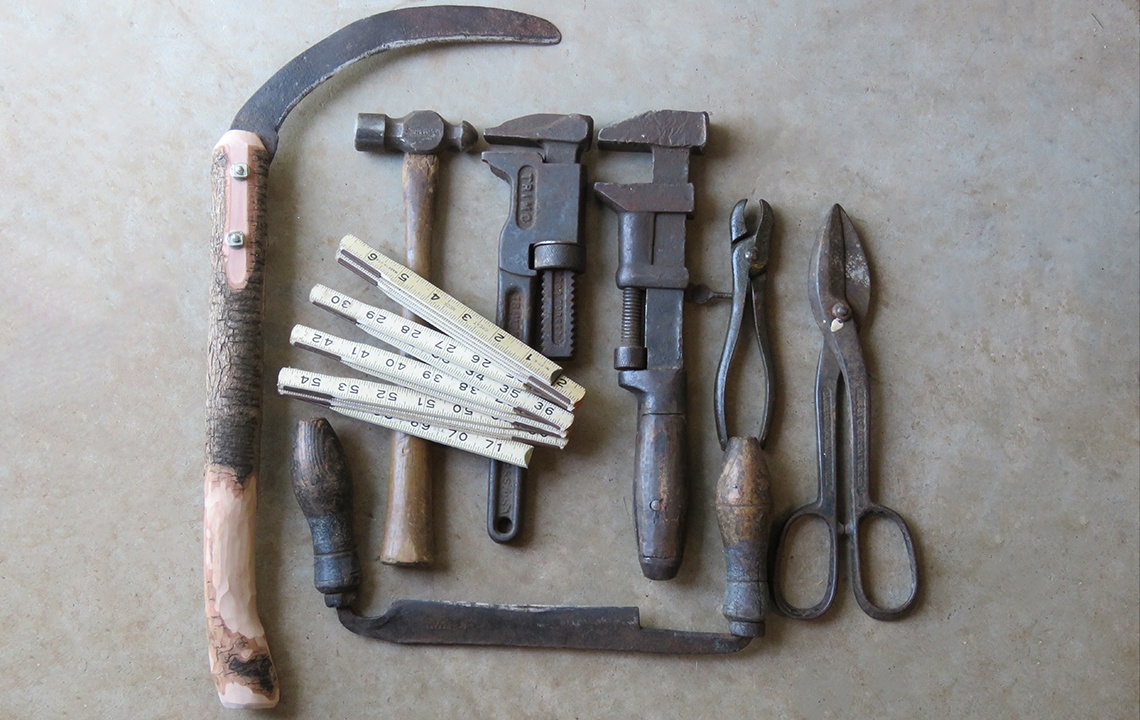 Hand Tools of Days Gone By In Rural Farm Life

What ever happened to the sickle, the scythe and other tools that were critical in the past? Survivalist and outdoor expert L. Woodrow Ross talks about the historic tools in his personal collection.

We take for granted today that technology is all-encompassing. Doing things by hand is a rarity. Yes, there are projects that still require hand tools and there is a segment of the population that enjoys "hands-on" projects, but primarily it is a forgotten part of our history.

Here are a number of hand tools I own that are a part of my personal history:

When my wife and I purchased about five acres of land in a rural area, we enjoyed exploring for domestic and wild plants that were scattered around the old homestead. I found a sickle blade that someone had hung in the crotch of a tree. It had been there for decades and the tree had grown around it. I removed it with some difficulty and hung it in my workshop for three decades. It was hand-forged and the handle had long since vanished. Recently, I retrieved a piece of cured dogwood from a bin and fashioned a handle for the blade. It may never be used, but it will remain a conversation piece, hanging in my shop.

Another old tool in my possession is a hand-forged drawknife that came from my grandfather's toolbox of many years ago. He had a small blacksmith shop down the hill from his farmhouse under some spreading mulberry trees. It contained a forced-air forge (crank style that I was sometimes commandeered to propel), an anvil and assorted metal-working tools. A pile of old files, plow points and assorted scrap metal was in a corner. No metal was ever discarded, but rather it was recycled to make hinges, latches and other needed items. I am sure that the drawknife started out its life as a file and was reshaped in grandfather's blacksmith shop to fill another need. 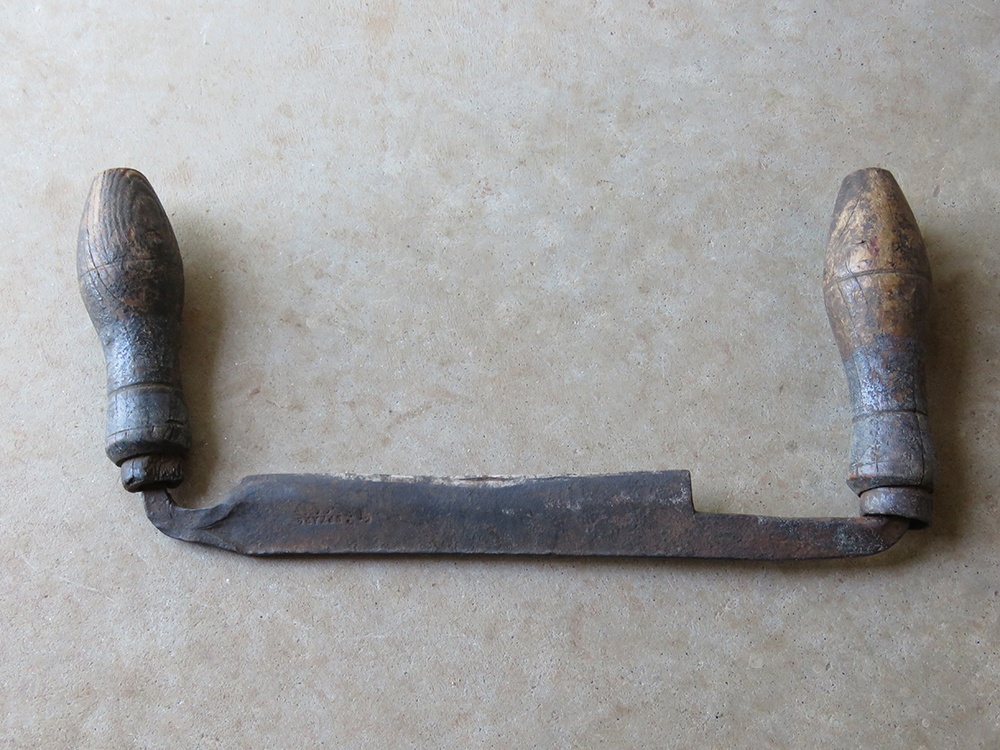 The monkey wrench of days past

After my father passed away, I salvaged several tools from his box with which I have a special connection. One of these is an old "monkey-wrench" that was formerly in my grandfather's tool box. It had wooden inserts on the handle, but they were battered and broken and my dad had shaped some new ones and used a nail as a rivet. The nail head was removed and both ends were spread with a ball-peen hammer to secure the grips. Anyone familiar with monkey-wrenches knows that they have a hammer surface on the back edge and they tend to be battered due to the severe treatment.

Another interesting tool is a special item shaped like small pliers. They have grooves in the gripping surface. They were used to put rings in a hog’s nose. Hogs have a tendency to root and they were notorious for rooting under fences and escaping. The addition of rings in the upper part of their snout would eliminate or reduce the escapes.

Folding rulers and other forgotten tools

Several other items from dad's tool box were an old ball-peen hammer, rusty tin snips and a folding ruler. These items are not uncommon today, but they have special meaning to me due to their origin. Folding rulers have fallen into disuse today and retracting, steel tapes are widely used.

Mowers of various types are in use today and are great labor-savers. My grandfather was a farmer and he was a firm believer in using terraces and contour cultivation to reduce erosion of the soil. The soil was the source of his livelihood and he was a good steward of it. He did not plow the terraces, but they were permanent structures in the field and quite high. In some places, they were quite wide and held fruit trees. As a result, the weeds, bushes and vines would proliferate along the terraces. In the spring, he would use a scythe to mow the weeds to keep them under control. It was a laborious task, but necessary to maintain control.

Tools I wish I still had

Grandfather was a self-trained veterinarian and had a lot of medical paraphernalia. I remember the razor-sharp knives that he used to castrate hogs. I was too low on the list to inherit any of this equipment, but as a lover of fine knives, I regret not having one of them.

Many times I happened to be spending the night with my grandparents and someone would knock on the door at 2:00 a.m. to report a cow in labor that could not birth a calf. Everyone in the neighborhood knew my grandfather as "Uncle George." He had quite a reputation as a healer of animals.

The days of self-sufficiency and relying on hand tools to accomplish major tasks are gone. We enjoy the benefits of modern technology and equipment, but our country was built on the backs of hardy pioneer types who could craft a tool by hand, whittle out a homestead and provide for their families. I think we have lost something that will never be replaced.

Click here to read L. Woodrow Ross's tips on making your own tools with household materials and recycled scrap metal.

All photos were taken by the author of his personal tool collection.