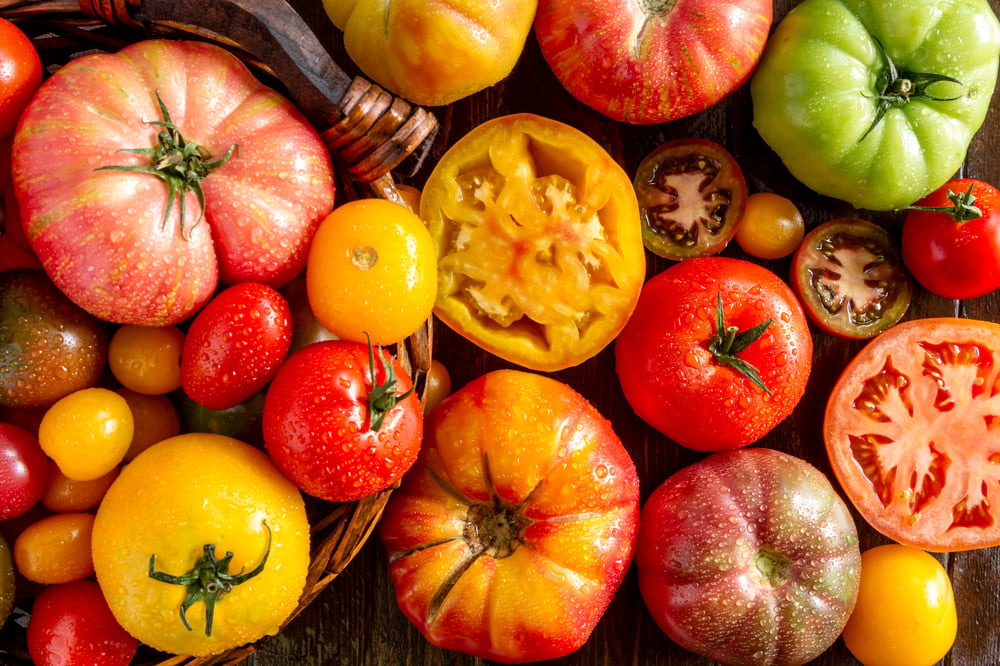 Heirloom plants and seeds have been discussed in gardening magazines and have become more available in nurseries, garden centers, even restaurants over the last few decades. However, it is only recently that they’ve enjoyed a more mainstream awareness and even a cult following among newer home gardeners.

What are Heirloom Seeds?

Heirloom seeds are a specific kind of open-pollinated seed, associated with grandmother’s gardens and seeds passed down through generations. They’re like well-loved “antique” plants of the garden. In recent years many varieties of flowers and vegetables have been saved from extinction by garden and seed enthusiasts and widely shared or brought back into seed catalogs.

If you're interested in flowers in particular, read my accompanying article to learn more about heirloom flowers.

Truth be told, an heirloom seed or plant is as old as the hills and easy to propagate—because they are, quite literally, seeds passed down or shared in families and neighborhoods, and more recently in seed catalogs. As they are open-pollinated, which means they can be blown by the wind, planted, or dropped by a bird, the result will be the same: true to the parent type (with a rare deviation). While sometimes they need their own separate realms of the garden so they don’t cross breed (especially true of tomatoes and squash), more often they will be active self-sowers each year—or you can save the seed yourself and plant or share it later.

View our guide to heirloom pumpkins. 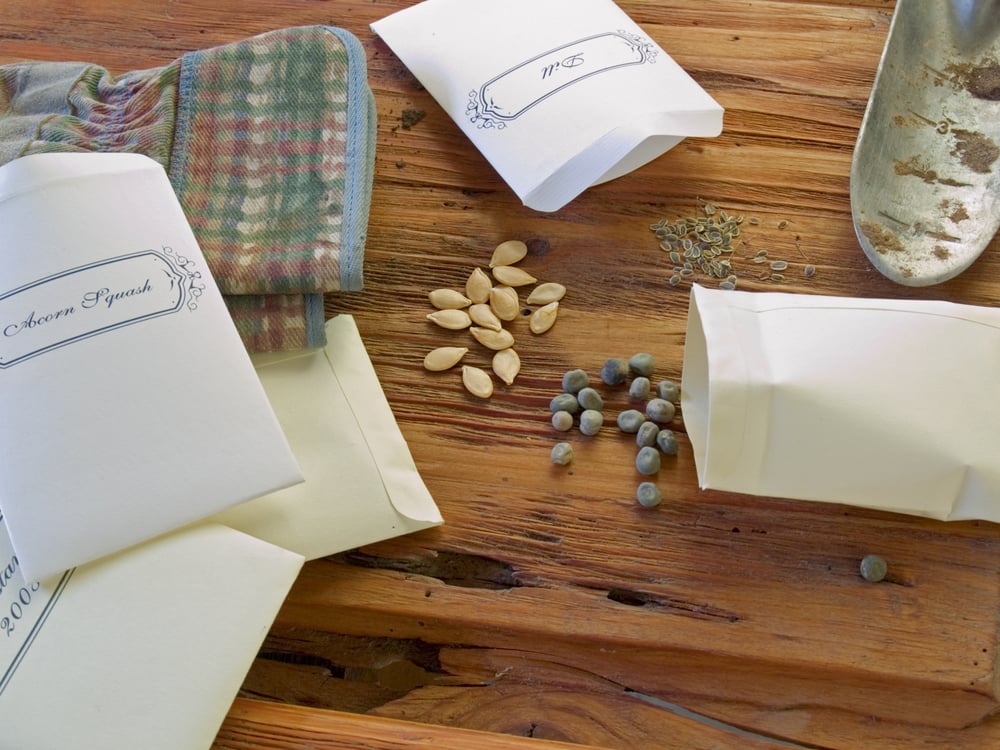 What Are Hybrid Plants?

Hybridization is the technique of crossing certain varieties of plants to develop strengths and specific traits while eliminating weaknesses. The potential of hybridization was realized from watching the results of open-pollination: sometimes plants naturally cross with other varieties of the same plant. It is the horticultural equivalent to animal breeding. There is nothing wrong with hybrids—in fact some of our best varieties are hybrids—but you can’t save the seeds because if planted they will revert to the original type or do something unexpected and strange. Hybrids were developed for better form, shelf life, truck travel ability, higher yields and often at the sacrifice of flavor.

Heirlooms varieties are often tastier, whimsical or unusual. They can be flowers, vegetables, herbs or fruits. Sometimes, as in the case of certain heirloom tomato varieties, they can be downright ugly (another trait bred out of produce over the years—think of the Cortland apple: a perfect apple-y shape and color but lifeless and bland as taste goes). They are also the seeds you want saved in your pantry in the event of world catastrophe (another great reason to live in the country, too)! And, because they don’t often travel as well as hybrids to distant markets, they emphasize the importance of fresh, local, homegrown produce.

Perhaps the main reason heirlooms were replaced by hybrids in the garden industry, however, is sales: large scale seed companies were not only eager to introduce their own “new and improved” varieties of seeds from their trial gardens but they wanted to sell farmers and home gardeners new seed every year. When you save your own seeds or share varieties with other gardeners, there is little need to purchase new seed each spring, thus saving you money. You can also encourage local varieties to continue or be revived.

But never fear, seed companies! Like the e-book vs. the printed book, heirlooms are not likely to replace hybrids. And purchasing seed packs—of all kinds—can be as addictive as stashing away fabric and wool “just because.” 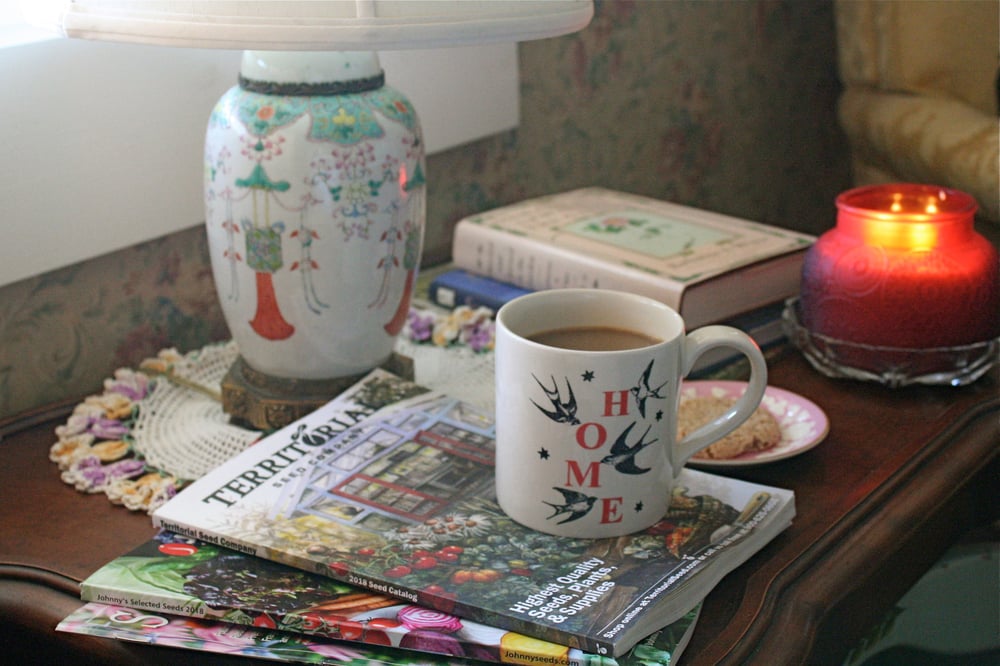 While you can find some heirloom seed selections in almost every seed catalog now, here are my favorite seed companies that specialize in open-pollinated and heirloom varieties from around the country—and even the world. Just use the links below to take you to the company’s request page in order to receive a free catalog in the mail. In the meantime, you can browse and shop on their websites. Many offering special deals if you sign up to be on their email lists or are a first-time buyer.

Annie’s is a small but mighty seed company that is committed to selling 100% nonGMO seeds that are also heirlooms that are at least fifty years old. The founder moved to the country, started a small farm, and used her science background to test old seeds and then sell them. Her grandmother Annie’s gardening favorites inspired the venture and the seed company is truly home-grown, with a focus on vegetables and herbs.

The Baker Creek empire began on the kitchen table of 17-year old Gere Gettle in 1998 and has helped mainstream heirloom seeds and their importance. Their catalog offers almost 2,000 varieties—carrying one of the largest varieties of 19th century Asian and European seeds—and you can visit their company, pioneer village and farm in Mansfield, Missouri. They are also the founders of Heirloom Gardener magazine, recently sold to Ogden Publications.

I discovered Franchi seeds in Boston’s Italian North End about ten years ago and purchased one of their “Oxheart” tomato varieties. Not only are the seed packets big and bold and full of seed, the germination rate with them is extraordinary and you can also find rare herb seeds and an extensive variety of interesting seeds, sourced from an American company to import this great brand.

Marilyn Barlow was one of the first people to promote heirloom cottage gardening and her catalog business is ideal for the gardener who would like to try an unusual variety of flowers. Their offerings include plants favored by pollinators and many edible flowers and scented plant favorites that hybridization has often eliminated. This literal “cottage” enterprise was founded over 30 years ago and is still based in Union, Connecticut. Their mission is to save rare heirloom flowers, to produce organically certified flower seeds and naturally grown plants, as well as sharing and educating through schools, seed libraries, and other groups through seed donations.

From rural Mineral, Virginia, Jeff McCormack and his wife Patty Wallens built an heirloom seed empire that focuses on varieties that will grow well in the southeastern United States. They first experienced the idea of heirloom breeding at Old Sturbridge Village in Massachusetts, where they became intrigued by heirloom chickens and an heirloom bean called “Jacob’s Cattle.” They eventually moved south where Jeff managed the greenhouses at the University of Virginia. Southern Exposure Seed Exchange began in 1982 with a small catalog with the motto, “Saving the Past for the Future” which now sells seeds for vegetables, flowers and herbs. While they have since sold their company to a local farming concern, Jeff maintains a website at SavingOurSeeds.org with all kinds of information on heirloom seeds, growing, and sharing.