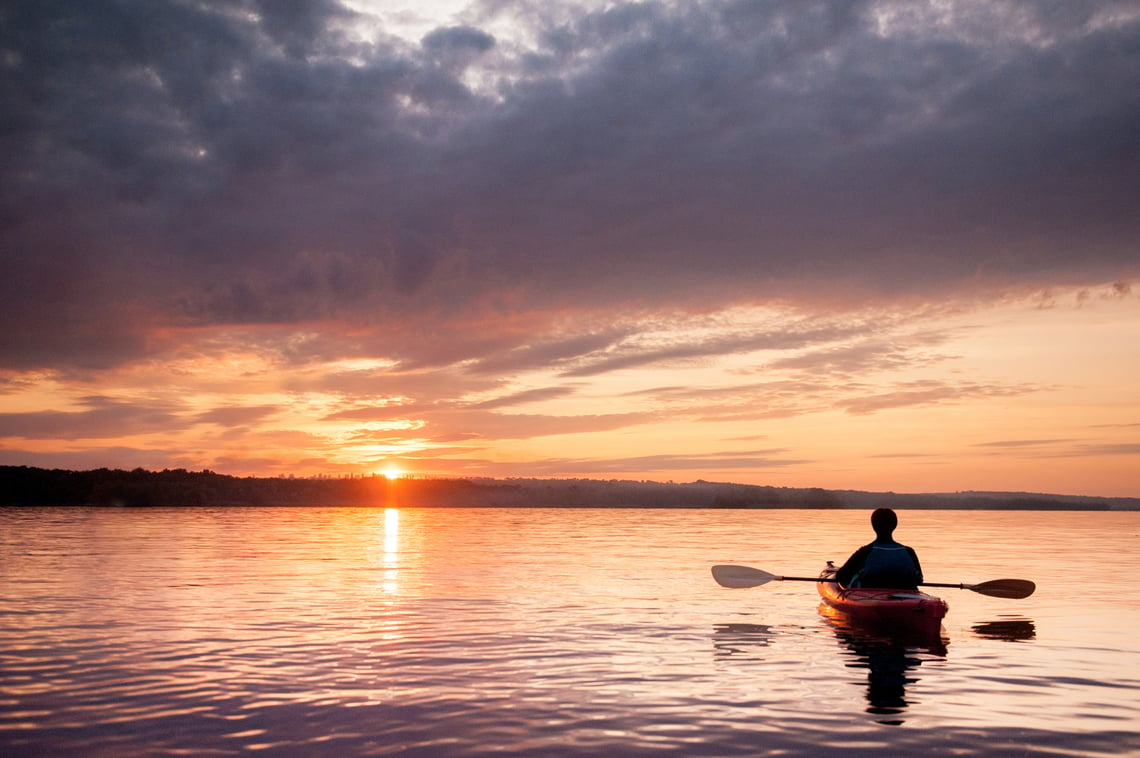 Social Distancing in a Kayak

I was sitting in a kayak on Lake Guntersville in Alabama on a morning when the possibility of social distancing was beginning to play on the news.

Geese honked as they flew by, a pair of ducks sailed overhead with wings whistling, and water lapped gently on the bow of my kayak as a breeze pushed me along the bank while I fished.

It dawned on me that this might be social distancing at its best, since my fishing partner was thirty yards away.

I fished that morning with Chad Hoover, host of the show Kayak Bassin TV on the World Fishing Network. He has also produced over 975 videos for his YouTube channel which has more than 80,000 subscribers.

Though our kayaks were decked out with rod holders and other gadgets, Chad often comments on how simple this sport can be. 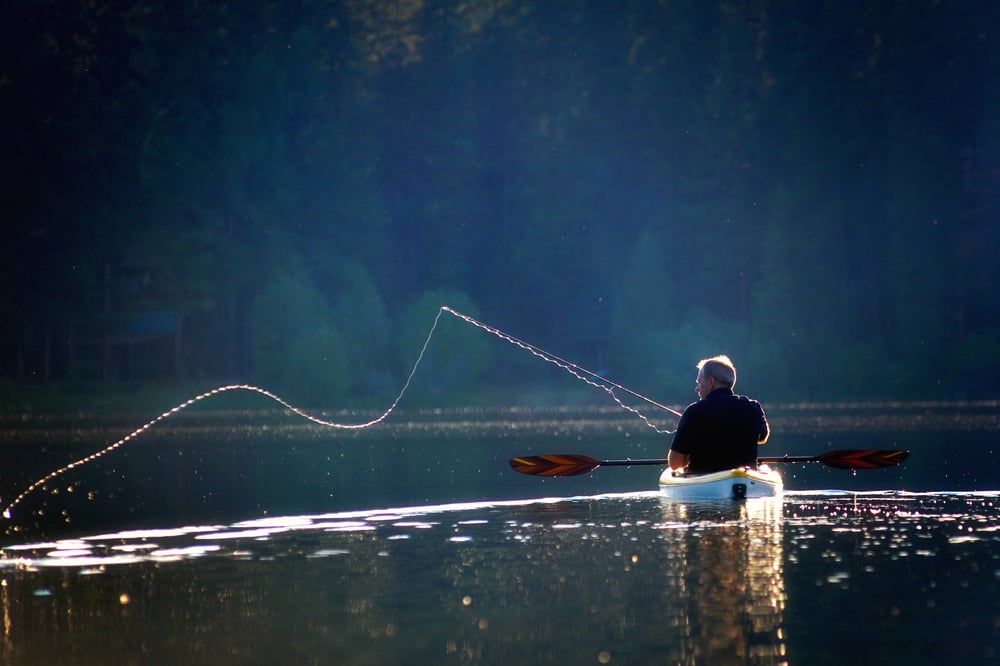 In his YouTube video, “Getting Started Kayak Fishing”, Chad says the following:  “You need three things to go kayak fishing. You need a paddle, a PFD (personal flotation device), and a kayak.” Later in the video, he adds, “Everything else, really, is a luxury.”

Perhaps the simplicity of kayak fishing gives it the versatility to be the perfect approach to fishing a wide range of water from smaller ponds to larger lakes.

They are often remote and a kayak slides across the ground easily even with a bit of gear inside. Because ponds are often shallow, the kayak has the advantage of requiring just inches of water to clear the bottom before moving off the bank.

Farm ponds are often bluegill havens, so throwing popping bugs from a kayak may be as much fun as it gets. Small bass often jump on the bugs as well so a mixed bag is to be expected. 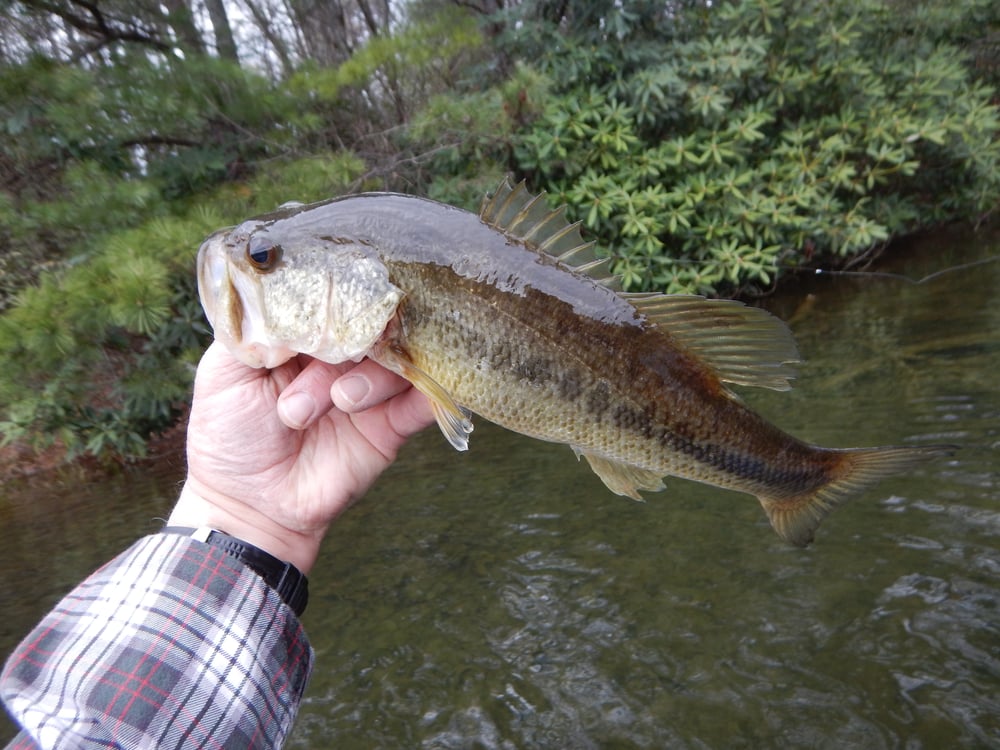 Smaller water, however, doesn’t always mean smaller fish. Farm ponds often receive less fishing pressure, and as a result, can sport some trophy bass. Kayaks move stealthily along with paddling ease and are less likely to spook the fish.

And if you really want to enjoy fishing from a kayak, try latching onto a fish large enough to give you a Nantucket sleigh ride across the pond.

On the larger lakes with public launching ramps, you may have experienced closures during quarantine periods. The advantage with a kayak in these instances is that it doesn’t require a public ramp to launch.

Most states still allow boats on the water but no access where people may congregate. So getting on the lake is simply a matter of pushing off from another vantage point.

This ease of launching also allows you to drive to where you want to fish without having to spend a lot of time paddling.

Access points include public parks, bridges as well as launching ramps, so you merely take the kayak to where you plan to fish while working around any closures.

If you’re used to fishing from larger boats, Chad offers a couple of suggestions to make kayak fishing more productive. 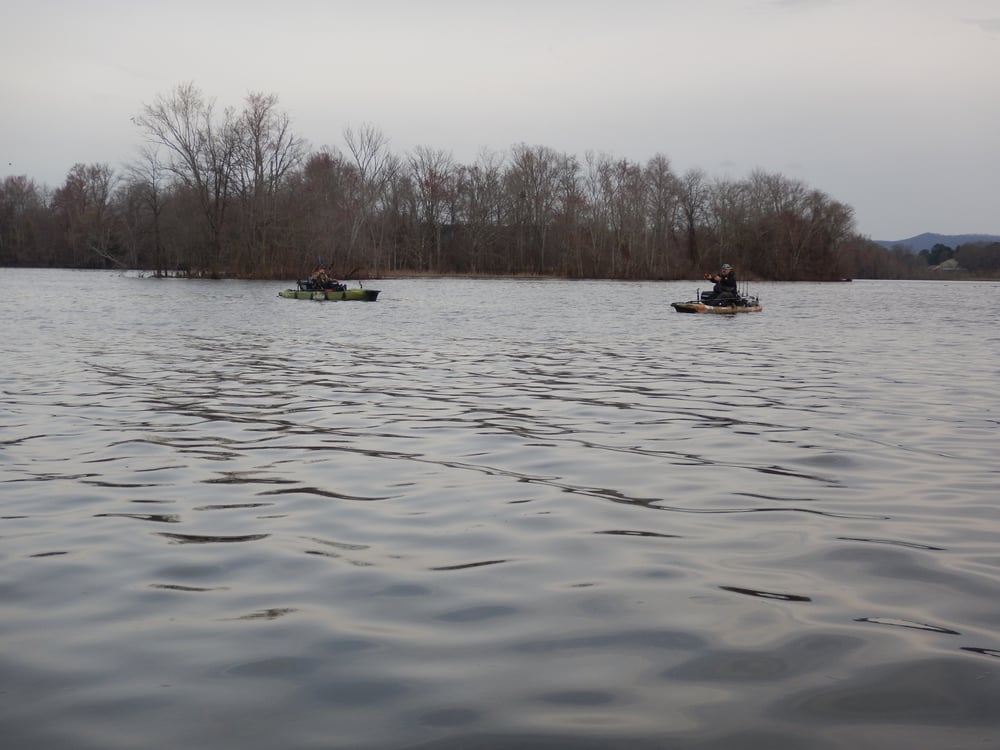 Once on the water, even when fishing with a partner, you will be practicing social distancing. In all probability, you will always be more than a cast apart. 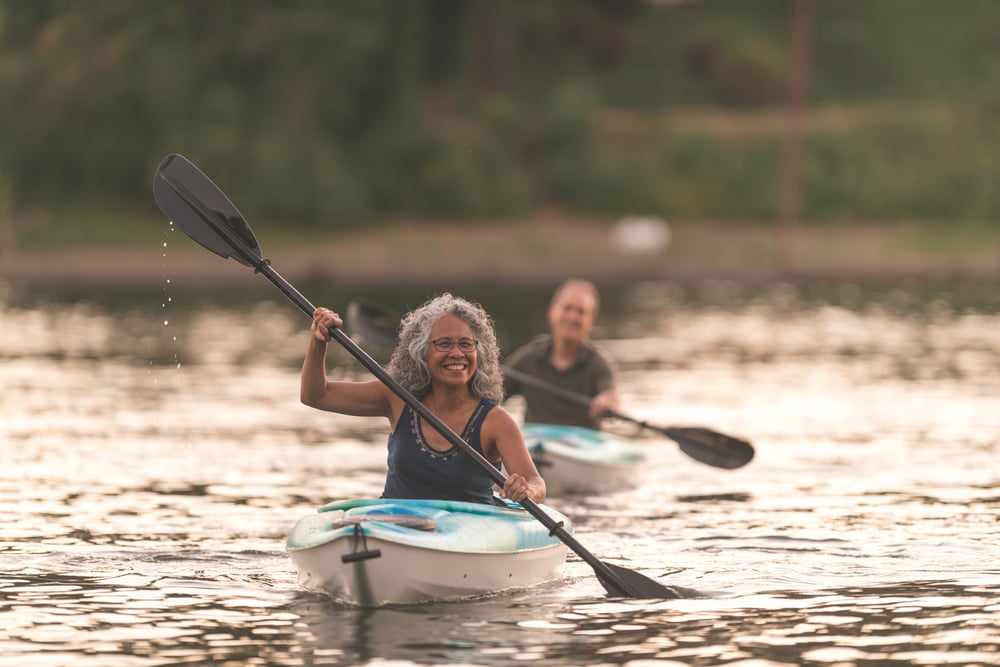 If you want to explore kayak fishing in more detail, Chad Hoover’s YouTube channel is a good place to start.

Just go to YouTube and search Chad Hoover Kayak Bass Fishing and you’ll find his channel. He offers tips on everything from buying your first kayak to outfitting your boat with some of those luxuries.

And once we’re past all these social distancing restrictions, you will still have a fun boat to fish from.