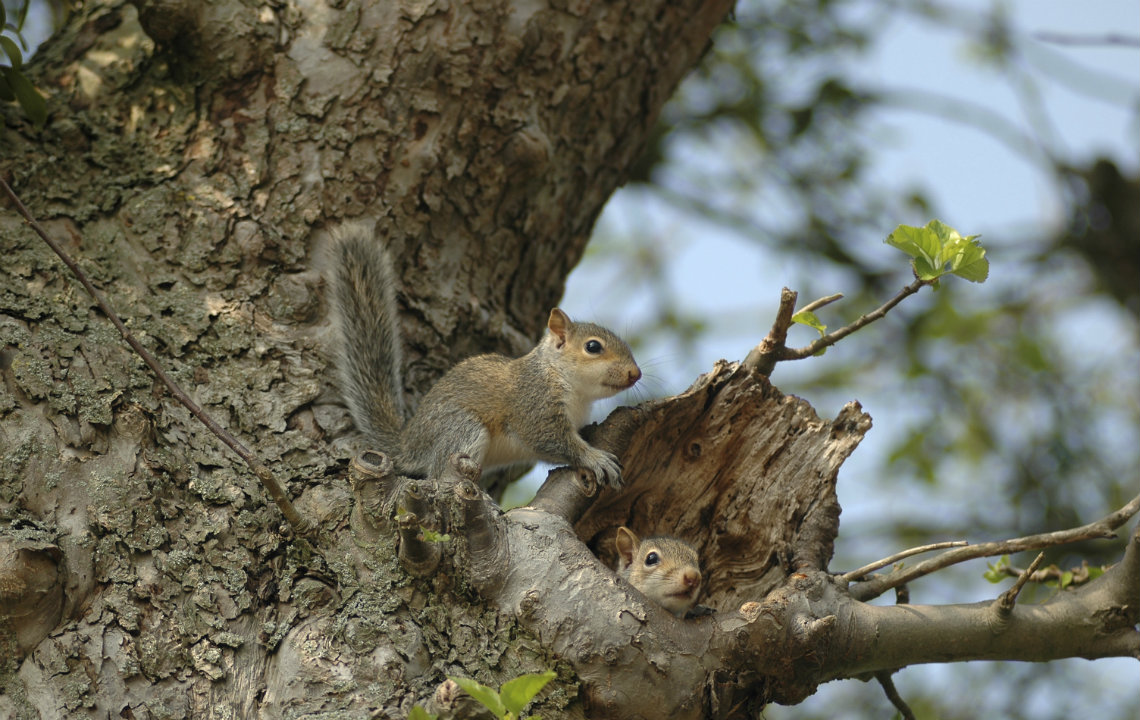 As a teenager with a single-barrel shotgun, I anticipated the opening day of squirrel season as if school were ending. Yet as my first step crunched in the dry leaves, the bushytails would disappear faster than a dollar at Walmart. If only I’d known then what I know now, I’d have taken along a bird feeder and waited.

Since those days, squirrels have gone wild. I used to chase them; now it seems they are chasing me. Whether in my backyard or my attic, it seems there’s a plethora of squirrels -- and that’s a lot.

Squirrels seem more plentiful for several reasons. For starters, wildlife biologists have concluded that hunting has little impact on squirrel populations, particularly for some hunters I know.

In fact, population density often correlates with the availability of nuts; this may explain why there are more squirrels in some neighborhoods than others.

Biologists sometimes estimate squirrel populations by counting squirrel nests, which look like big balls of leaves. They then calculate one squirrel for every one and a half nests. I guess that’s because squirrels fall out of half nests.

The diet of the eastern gray squirrel varies with the season, as does mine. Their diets shift with the availability of seeds, nuts and fruit.  Mine shifts when my pants get tight.

Squirrels leave several clues in the areas they are feeding. These include the shells of nuts, holes in the leaf litter and piles of empty bird feeders.

They also bury nuts, supposedly to dig up later. Apparently squirrels forget where they put many of these nuts and scientists have given the forgotten ones a name: They call them “trees.” 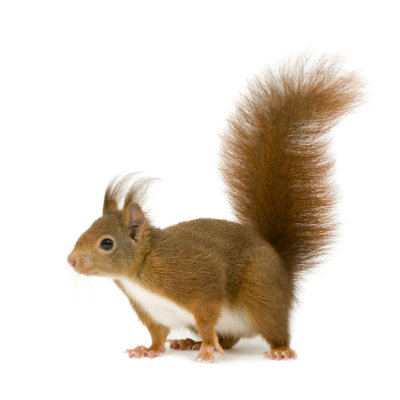 Squirrels go by many names. The Latin name for the eastern gray squirrel is “sciurus carolinensis.” Sciurus can be translated as “one that sits in the shadow of its own tail.” It’s nice to know that in some species that’s a good thing.

By their scientific classification, squirrels are in the Order Rodentia, which basically makes them rats with good hair.

The squirrel’s nickname is bushytail -- and for good reason. Half a squirrel’s weight is in its tail, something that has also been said about me. A squirrel’s tail plays amazing roles. One is to act as a rudder when the squirrel jumps. Mine, on the other hand, works more like an anchor.

In climbing or descending a tree, squirrels move head first. This makes sense. With a tail that big, they can’t see to back up and they can’t beep.

Another interesting characteristic of squirrels is that they are occasionally seen going bald. This indicates the squirrel is either suffering from mange or has just raised its young. At least, that’s my theory.

When squirrels go wild, not everyone loves them. These critters will raid bird feeders, nest in attics, ruin gardens and dig up flowers. I have even witnessed these culprits carting off tulip bulbs. They could make a lot more friends if they would do this with dandelions and thistles.

Squirrels become greater nuisances when they move into your house. They may inhabit your attic and have been known to cause severe damage when the owner attempts to remove them with a shotgun. Do not try this at home.

It’s difficult, however, not to feel indebted to squirrels. If it weren’t for them, we may have lost the Revolutionary War. Naturalist Ernest Thompson Seton credits the marksmanship of squirrel hunters with defeating the British. Notably absent in his remarks is any reference to the marksmanship of dove hunters, which have only been credited with supporting the sales of shotgun shells.

Knowing now that squirrels may have saved our nation from British rule, I feel a bit more kind-hearted as I gaze out my window, watching about thirty squirrels nesting in my trees, carting off my bird feeders and acting like they are on spring break. Still, I remember the good old days when squirrels gone wild were actually wild.

END_OF_DOCUMENT_TOKEN_TO_BE_REPLACED

Backyard Sleuthing: Tips on Choosing a Wildlife Camera for your Rural Land Posted by Jim Mize

Wildlife cameras, also known as "trail cams", are an excellent tool to help you learn more about the wildlife that share your rural land. Whether...

END_OF_DOCUMENT_TOKEN_TO_BE_REPLACED

Foraging Tips for Beginners (and some spring “weeds” to try!) Posted by Sarah Seufer

Hunting wild edible plants can be as rewarding as hunting for wild animals. Plus, wild plants are healthy additions to your diet; they’re...

END_OF_DOCUMENT_TOKEN_TO_BE_REPLACED

Many of us have a tendency to take things for granted. We have our way of thinking and doing things, and don’t want to change. We also tend to...

END_OF_DOCUMENT_TOKEN_TO_BE_REPLACED

How To Train An Adventure Dog (All Online!) Posted by Jim Mize

If you're one of the thousands of Americans who have opened your home to a dog during the COVID-19 pandemic, this self-guided dog training program...

END_OF_DOCUMENT_TOKEN_TO_BE_REPLACED

How to Start Your Own Multi-Family Compound Posted by Sarah Asp Olson Whether you’re looking to share responsibilities, launch a business, or just spend more time together, we’ll give you the tools you need before...
END_OF_DOCUMENT_TOKEN_TO_BE_REPLACED