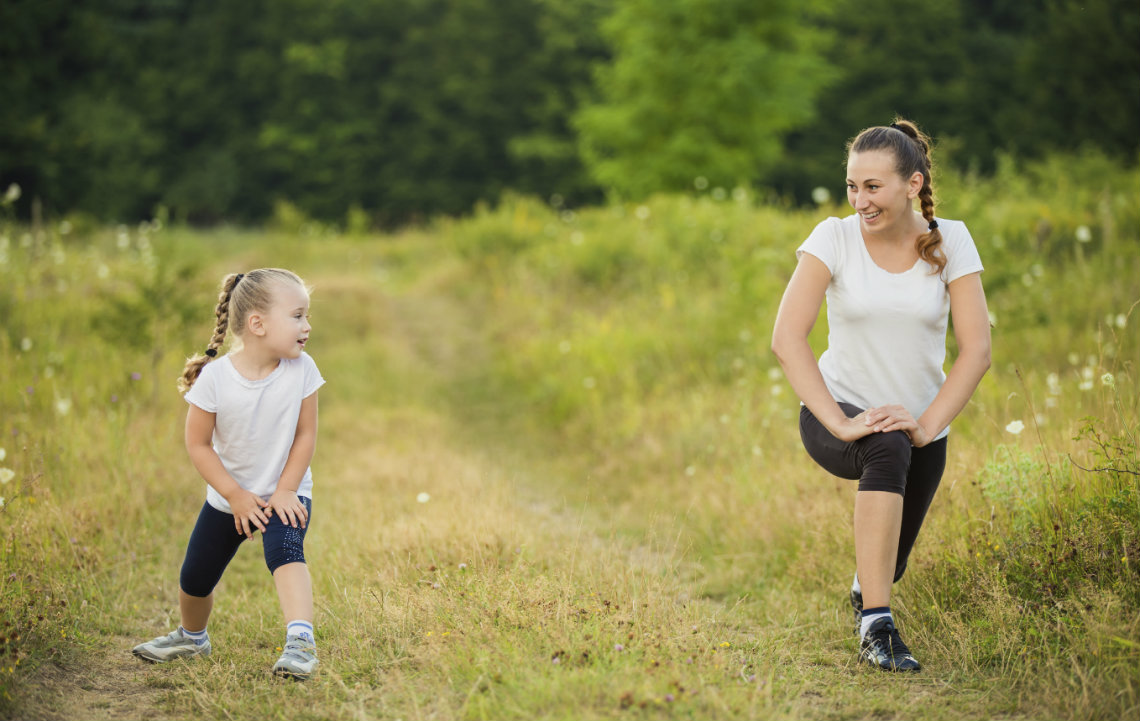 5 unbelievable health benefits of playing outside

Research makes the case for the benefits of the outdoors for kids, from reducing ADD and ADHD symptoms to better eyesight. We look at the research and share the facts about the effects of outdoor exercise on kids.

Most of us “grown-ups” remember the days of playing, exploring and running around outside until we were forced to come in for dinner.

Whether you lived in the country, the suburbs or the city, the indoors just didn’t compete with the adventure, mischief and FUN of outdoor activity. It was a right of childhood passage.

Fast-forward just one and a half decades and everything to do with childhood, the outdoors and activity has changed...and not for the better.

According to this National Kaiser Family Foundation Survey, the average American child or teen spends 44 hours a week on media devices. That’s 6 hours a DAY.

According to the National Institutes of Mental Health, America is the #1 consumer of ADD/ADHD drugs, the number of children on antidepressants is baffling and even toddlers are being treated for symptoms of stress and anxiety.

These new children’s health issues may appear complex, but a growing body of research suggest a radically simple answer to many of these problems: more outdoor exercise and activity and less time spent indoors.

In today’s post, we’ll explore some of the exciting new studies linking early exercise and time spent in nature to symptoms of healthy, happy and balanced children.

According to a study released this December by the University of Colorado, early exercise promotes greater microbial diversity in your gut, which benefits your brain and metabolism.

Your gut is home to more than 1 trillion microorganisms that play a vital role in your immunity and neurological health.

Further, your gut and your brain are intimately connected by the gut-brain-axis.

The gut-brain-axis acts as a super-highway shuttling neuron, hormone and neurotransmitter messages from your brain to your gut and vice versa.

Ever wonder where those butterfly feelings come from? That’s your gut and your brain having an intelligent conversation about what’s going on in your body and your mind.

According to the study’s author:

“These microbes can add as many as 5 million genes to a person's overall genetic profile and thus have tremendous power to influence aspects of human physiology…A robust, healthy community of gut microbes also appears to promote healthy brain function and provide anti-depressant effects.”

Add to this the beneficial microbes found in and around the outdoors thanks to fresh air, dirt, animals, and trees and you’ve got a win-win in outdoor-based exercise. 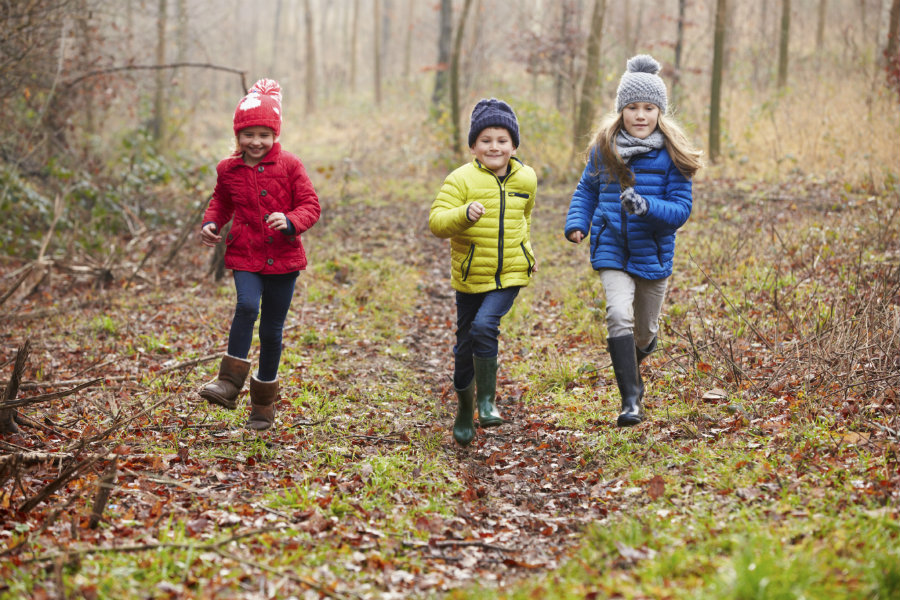 According to this article from Psychology today, outdoor or “green” exercise makes you happier, less fatigued, more relaxed and tranquil, less angry while boosting your mood and self-esteem.

When given a wide open space and no agenda, children will naturally run, jump, sprint, climb and move their bodies in beautiful ways nature intended.

With prescriptions for amphetamine-based ADD/ADHD medications on the rise, new evidence surfacing about their long-term health consequences and experts speaking out about over-diagnosis of the condition, countless parents are desperately seeking alternatives.

This study by the American Journal of Public Health compared the effects of 49 typical after-school activities on children diagnosed with ADD/ADHD, set in either green outdoor settings, indoor buildings or built outdoor settings.

The results suggest time spent in green outdoor space was widely effective in reducing symptoms of ADD/ADHD in children of diverse backgrounds.

This other study published in the Journal of Attention Disorders found a 20 minute walk in the park was enough to increase concentration and focus in those with attention deficits.

These are just two of numerous studies connecting the benefits of outdoor or “green” time to children with attention deficit issues. 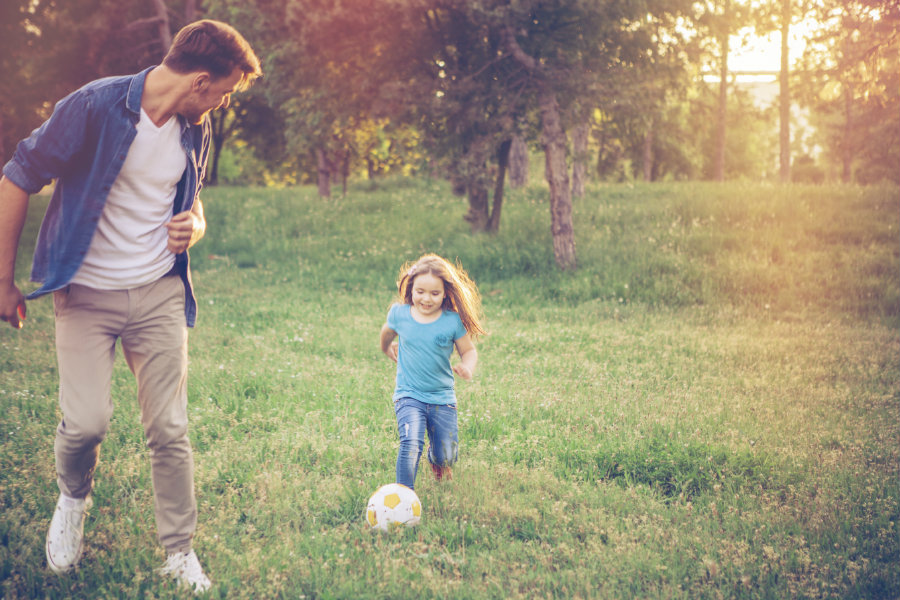 4. The outdoors and exercise enhances academic performance in children

These days many kids spend more time prepping for and taking standardized tests than they do running around enjoying the playground or school gym.

However, this published study proved that the more time 3rd grade students spent in green outdoor settings, the greater their performance in math and English.

Likewise, this second study published in the Journal School of Health suggests a positive link between physical fitness and academic performance.

Myopia has become an issue for today’s youth, especially in East Asian countries where as much as 90% of young adults experience near-sightedness.

Many experts believe this is due to excessive book work at a young age, others claim screen time plays a role and according to this report from CNN a lack of sunlight could be to blame, which ties into our next study.

In this Chinese study, more than 1800 6-year olds participated in 40 minutes of daily outdoor activity at school, as opposed to indoor, and by doing so reduced their incidence of myopia over a 3-year period.

The expert scientist interviewed by CNN in the link above, explains how a lack of natural light contributes to myopia by slowing the growth of the eye. Hence, the outdoor activity would help prevent near-sightedness when practiced regularly.


Though we haven’t come close to exhausting the list of studies available on how exercise, the outdoors and time spent in nature benefits children’s health, we've already offered a convincing picture of how a return to the outdoors could change our nation’s health for the better.

It is studies like these, and the work of tireless researchers, educators and concerned parents, which are fueling the movement among young families to return to rural living.

To read more about the importance of nature-based play and activities check out our previous articles:

Why Kids Need Nature more than Ever

13 Unstructured Play Ideas to Get the Kids Outside 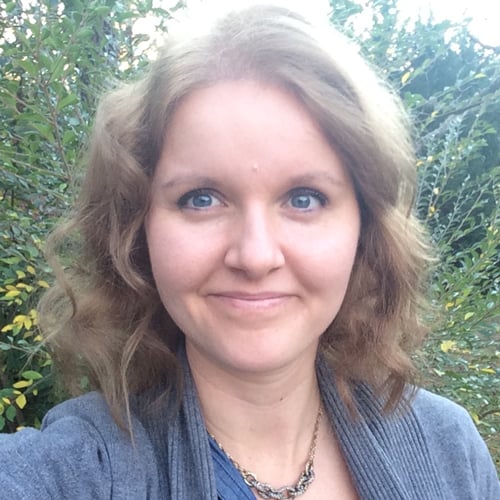