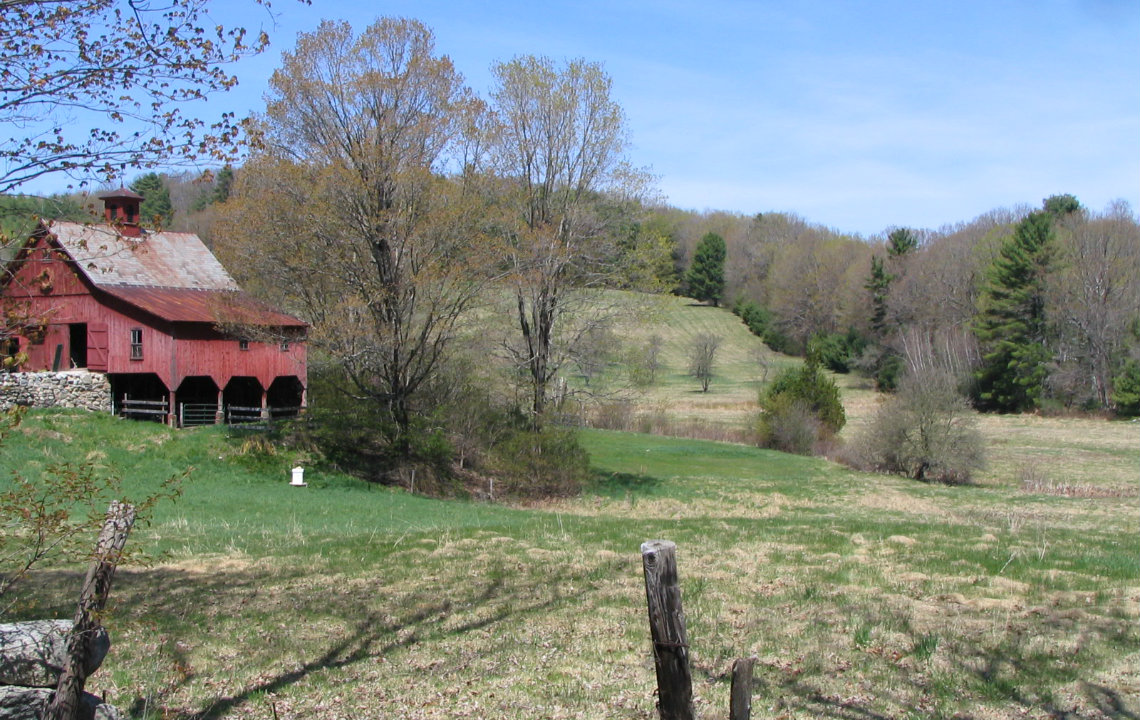 Barn building inspiration from old barns across the U.S.

Get your barn building ideas from this piece highlighting the charms of old barn architecture across the United States.

If you are a fortunate newcomer to rural life, you may have purchased a farm with an old barn, or perhaps you’re looking for inspiration as you design a new barn for your land.

If you’ve spent any time looking at barns across the United States, you realize there are many different styles and features barns may have depending on the time and place in which they were built.

I grew up on a New Hampshire farm with a connected “Big House, Little House, Back House, Barn” layout, once popular in parts of New England because of its colder climate.

The barn, and its annex, had a sturdy granite foundation and cellar, like the main house.

In summers, like Fern Arable in Charlotte’s Web, I lived in that barn: I played in it, dreamed in it, swung in it and eventually had horses in it. It was better than an attic! It was a treasure-trove of possibility—with constant breezes coming from the north down through its wide center, and the smell of warm wood and rust. In it were boxes and barrels from another life, scattered with implements and wagons that my grandparents had used in their 15 years of farming. 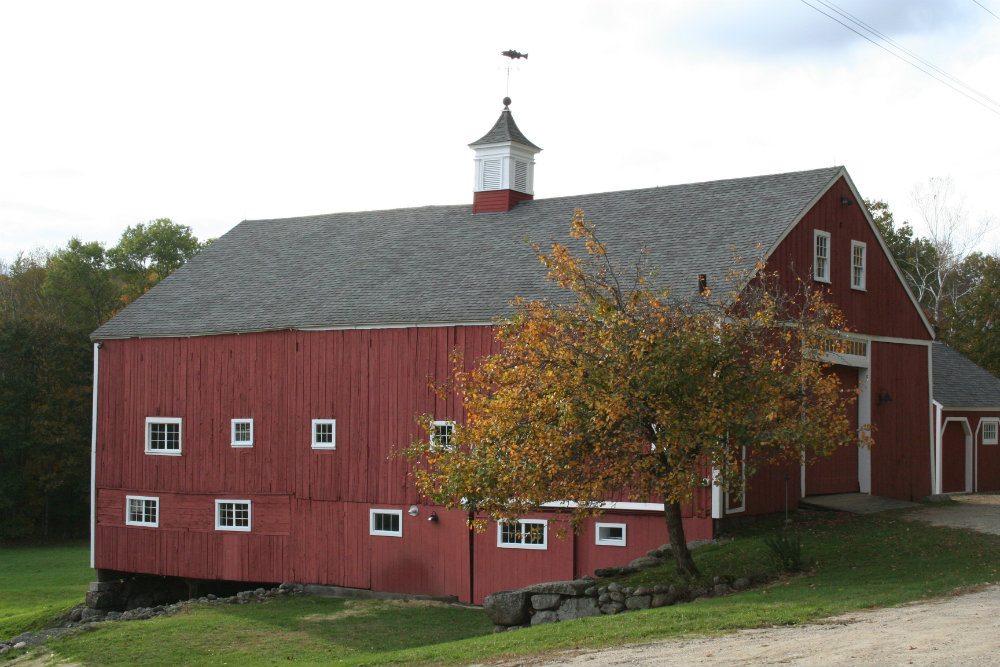 Original barns on a property are to be respected—from the animals they’ve housed over the decades to their sturdy granite foundations. Or for their rich wood which has absorbed the smells and rural patina of generations. These structures, and their ancillary sheds and other structures, were built during our nation’s agricultural predominance: before the Industrial or Technological ages. So while few are used as they once were, these structures are important relics on the farm landscape. Not all barns can be saved or restored—if that is the case, repurpose the wood where you can, or the old windows you are likely to have. Mateirals from old barns would also be a beautiful addition to your own barn building project on a new farm.

Now that we’ve gotten the wistful romantic barn preservationist out of me, let me detail more about the kinds of barns you are likely to find in the country.

As previously mentioned, these were often center-aisled barns on the gable end, with several floors to provide room for stored hay. Wood was plentiful in New England, as was granite, and provided the primary building materials. Other outbuildings—wood, stone, or shingled—included chicken houses, tool shops, dairies, or icehouses. In a “connected barn” scenario, as mentioned above, these buildings were often attached to each other. This is most commonly found on a Maine farm, with some other New England examples. While cruel winter weather determined this kind of farm layout, in reality it was an extreme fire hazard for the entire complex.

In parts of the mid-Atlantic, like Pennsylvania, stone barns are common and more easily preserved. 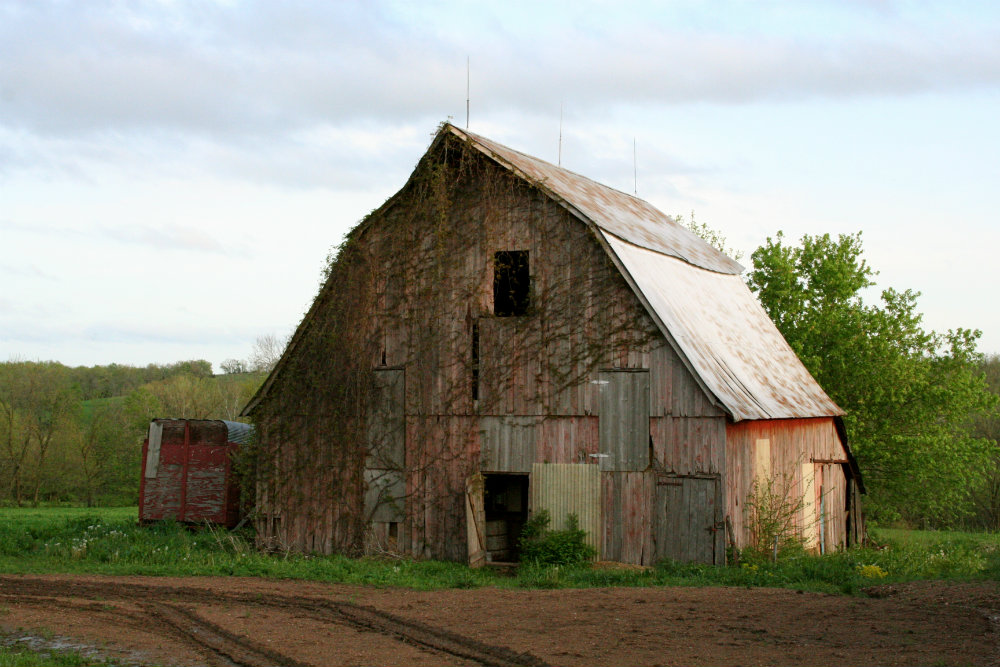 Of all the barns in America, New York barns are often the most fanciful and decorative. While still functional, many were built after 1860 when building innovations allowed for less-traditional plans and greater decoration (as found in bargeboards). The classic barn from this region is the gambrel-roofed barn that had a migration into Midwestern and western parts of the country throughout the second part of the nineteenth century such as found in Ohio, Indiana, and Illinois, and further west. 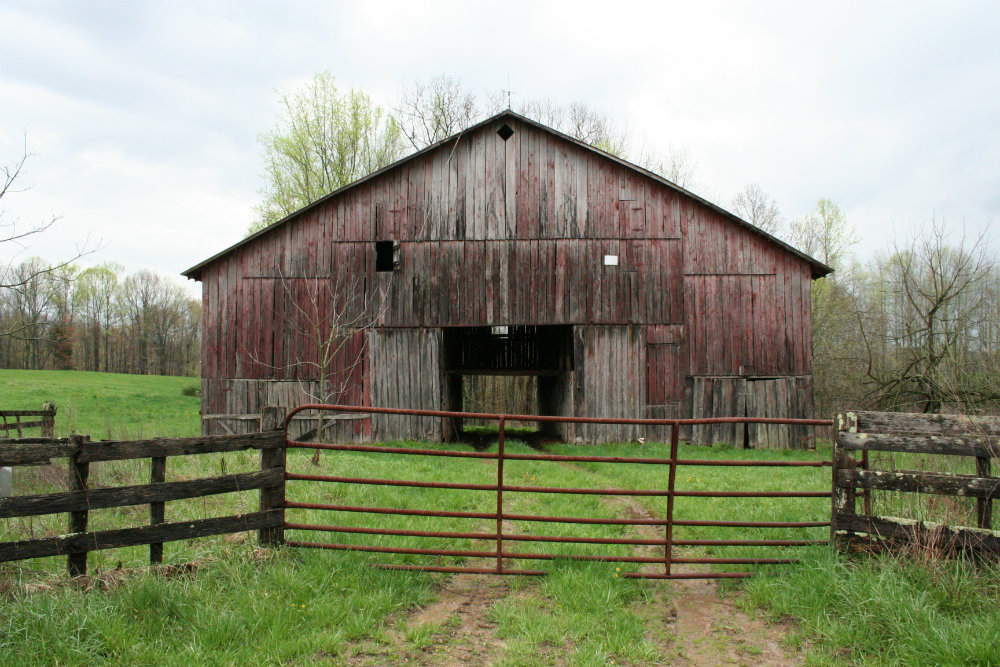 Appalachian Barns (Kentucky and West Virginia and parts of the South)

Most barns in rural Appalachia are vertical wood over a timber frame, with earthen floors and no foundations. Because of this less sturdy and cheaper approach to building, these barns are more prone to falling in or over. Original settler barns were like small log cabins with a front door—and log cabin-style framing. Larger barns were used for tobacco storage: with slight gaps between the wood to allow air in to dry the harvest. Because of the climate, cattle could graze year round and smaller barns or sheds were built as milking parlors.

This is but a basic illustrated primer on historic barns in America. There are always exceptions, such as the Round Barn (found throughout the Midwest) and some other examples. Sheds and other rural outbuildings are numerous, varied, and task-specific. As Howard Mansfield wrote in the forthcoming Sheds [see below], “A shed is the shortest line between need and shelter…(they are) like our lives—not the grandest building or the most graceful. Sheds are ordinary—and in that they are exalted.”

For further reading please refer to the following sources, all of which are invaluable and in-depth resources:

All photography by Catherine Pond.