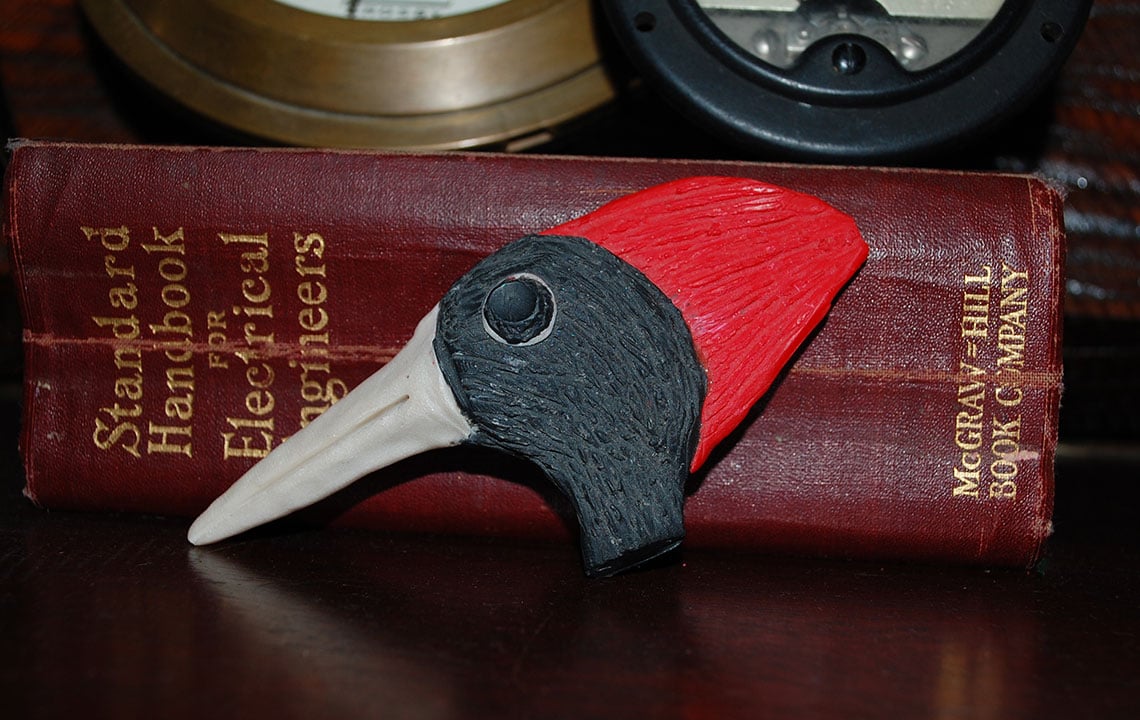 Close encounters of the bird kind

It's no secret around our house that my husband is slightly more than obsessed with woodpeckers.  And when I say obsessed, I mean it’s almost as bad as Richard Dreyfuss' character, Roy, in Close Encounters of the Third Kind.  Remember how he built a replica of that mountain out of mashed potatoes?  Well, my husband made a woodpecker out of polymer clay (shown in the photo above). 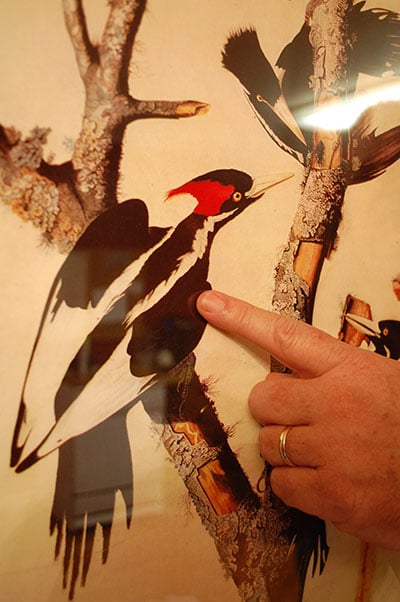 Any time we're outside and we catch a blur of black, white and red flying through our backyard he'll call out, "Pileated!"  Most times, as we travel down one of our country roads he'll say, "Is that a ...?  Yep, pileated."  But, sadly, the common pileated woodpecker isn't the bird my husband longs to see.


What he's searching for is the rare, elusive, ivory-billed woodpecker, also referred to as the Grail Bird, the Lord God Bird, or the Good God Bird, all based on the exclamations of awed onlookers.  Its also known as the King of the Woodpeckers and Elvis in Feathers.  That last one is my favorite.


What fuels his obsession with this bird are two things:  1) it is believed to be extinct, and 2) he is convinced he had an encounter with one shortly after we moved into our house.  I'm not positive about the first one but I was present for #2 so I kinda get his obsession.


The ivory-billed woodpecker is no ordinary fellow.  He's massive with an average height of 20 inches and a wingspan of 30 inches.  They were native to the virgin forests of southeastern United States in the late 19th century but sightings dwindled over the years until it was given a classification as "definitely or probably extinct" by the American Birding Association.   In recent years there have been rewards offered to anyone who could prove the existence of an ivory-bill but no one has been able to provide any credible evidence.


We moved into our little house in the woods in 1995 and a few months later we were startled by what sounded like someone banging on our roof with a hammer.  We ran outside and there he was, perched on the roof of our back porch ramming into the eaves with his beak.  Giant chunks and splinters of wood flew in every direction.  He was after the juicy bees that were tunneling into the wood.


"That is one freakishly big woodpecker," I thought as my husband yelled and threw pinecones at the bird trying to keep him from destroying our house.  Every now and then he'd stop and slowly cock his head to the side so he could look at us with his equally freakishly big eye.  It took a good five minutes of arm waving and pinecone chunking but we finally irritated him enough to make him fly away.  I thought that was the last of our business with Mr. Freakishly Big Woodpecker but, noooooo, it was just the beginning.


Buried deep in the recesses of my husband's mind was a file on the ivory-billed woodpecker (maybe some long-lost Boy Scout project?) and he was spurred into action.  He started reading books and articles, scouring over pictures and reports of sightings and every morsel of information convinced him that what we saw that day was, indeed, the elusive ivory-billed woodpecker, the Lord God Bird, Elvis in Feathers, himself!


He sent emails to the Department of Natural Resources to report his sighting but never got any response.  I guess they were so convinced of its extinction that they didn't believe one could still be around.  He was left haunted by the image of that giant bird and the way it almost taunted him that day.  He took to watching the trees and sky every time he was outside, almost longing for just one more glimpse.


He doesn't talk about it much anymore but I can see it in his eyes when we're out hunting or hiking the trails.  He still believes there's one out there somewhere, watching him from a distance.


And when I serve him mashed potatoes, I'm almost positive that his mound takes the shape of a woodpecker’s head before he mixes in his gravy.  Poor guy. 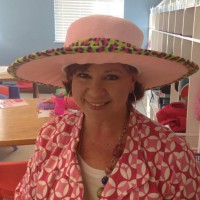