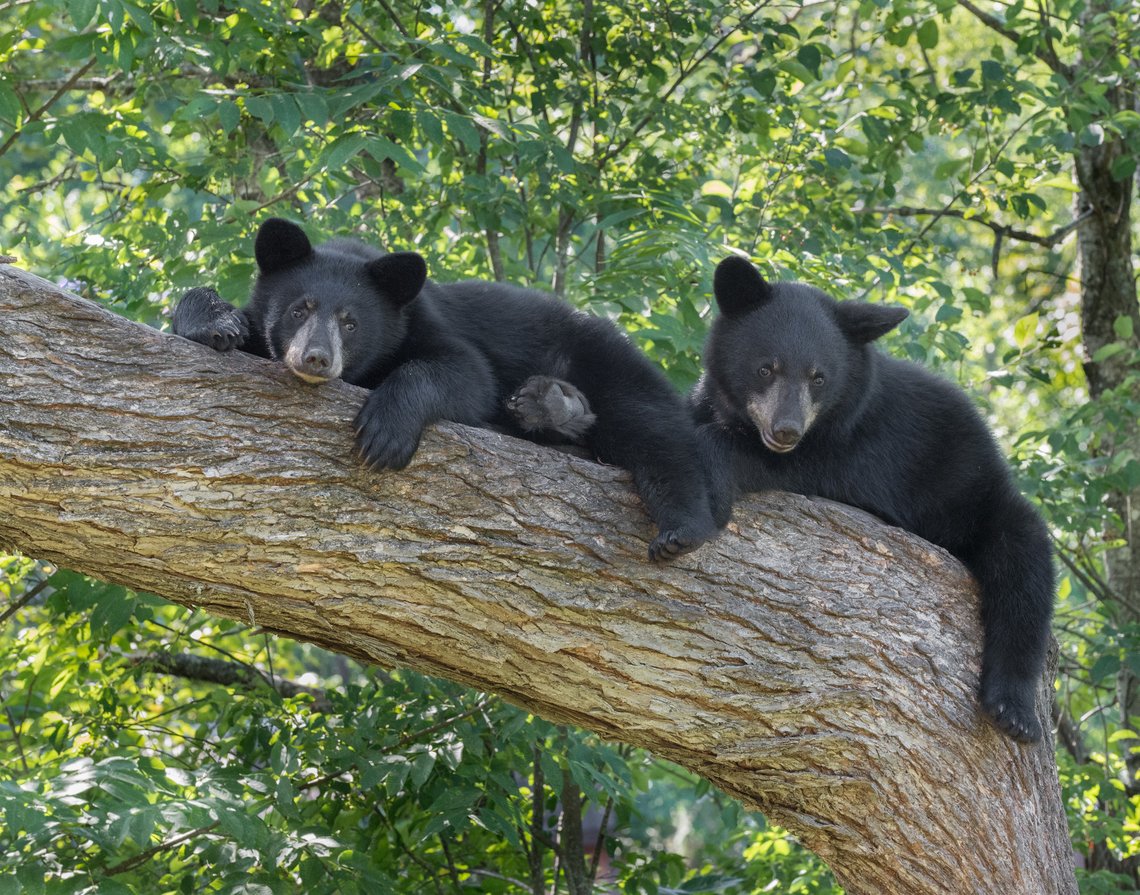 If you live in a rural area with black bears, one of the most important things to learn is how to keep those bears wild. Outdoorsman, Jim Mize explains how to keep bears at a distance (and from becoming a BIG nuisance) with a few preventative tips.

The presence of certain animals says a lot about the wildness of a place. For me, it’s bears, so when I had the opportunity to buy a cabin between a state park and a wilderness area, I jumped on it. This part of the state has a healthy black bear population.

If you live in an area with bears, they will pass through routinely as they travel. The key to keeping them wild and not becoming nuisances is to give them no reason to stay.

I learned this through experience shortly after I moved into the cabin. My lot is steep and my office window looks out from fifteen feet above ground level. Imagine the view from a deer stand and you have a good idea. I have a bird feeder hanging from a limb about six feet from my window, finding the birds a good distraction while I write. My Lab, Moose, has a pen alongside the cabin with the same view from ground level.

One afternoon while working, I heard one deep “Woof” from Moose. He rarely barks so I spun in my chair to stand and look out the window, surprising me and a black bear that was six feet away in the tree my feeder hung from. While he shimmied down, I snapped a few photos and we parted company. 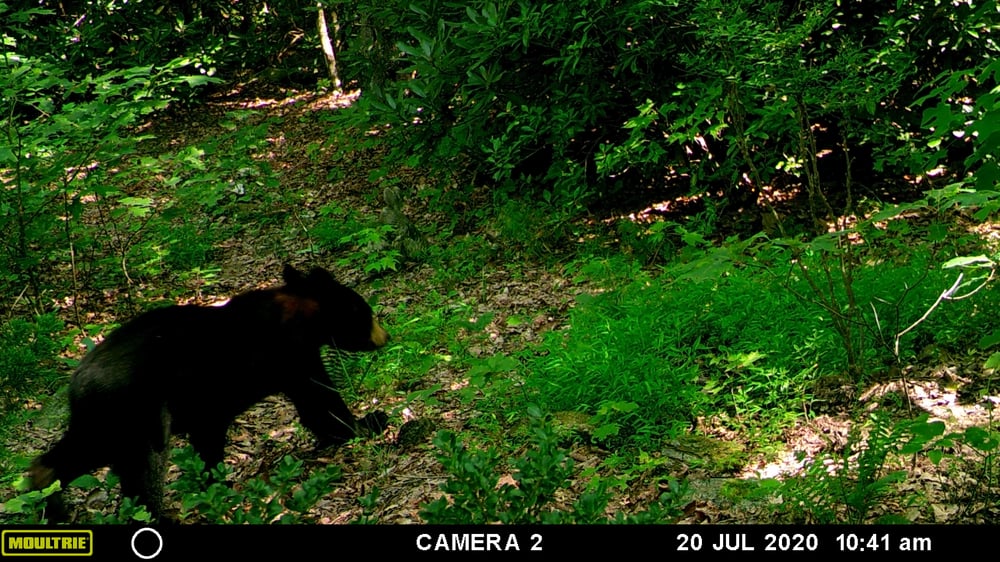 In fact, the best way to keep those bears traveling past your house is to give them no hint they will find a free meal at your place.

If bears start getting into your bird feeder the SCDNR suggests you take it down until the bear moves on. In my case, I kept experimenting with a height and distance from the tree trunk that put the feeder beyond the bear’s reach. Fifteen feet up and five feet out a limb seemed to do the trick for me. But while the bear was around, I did take the feeder down. 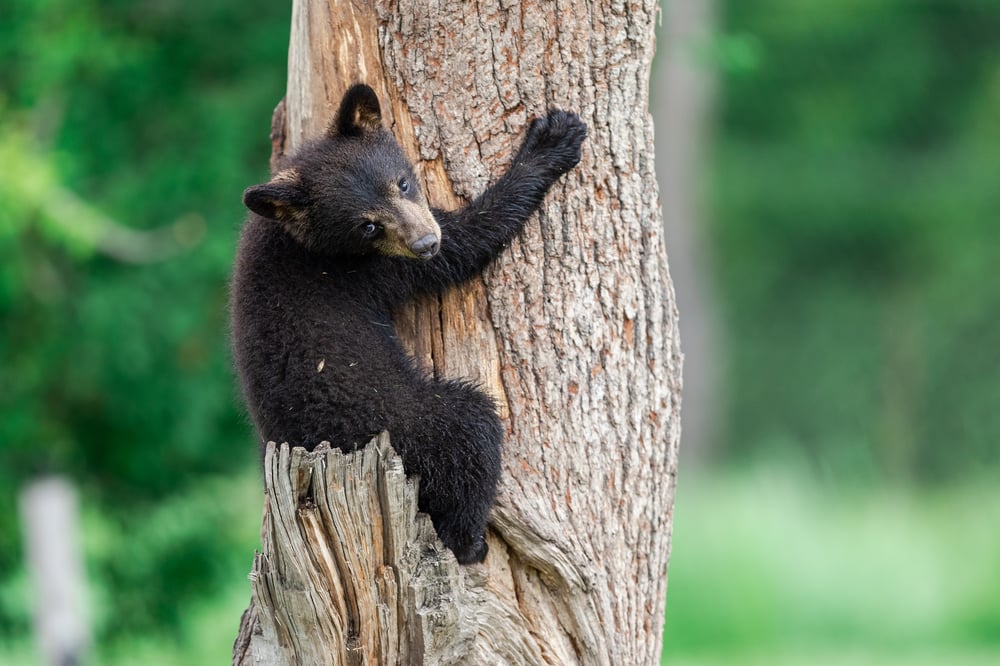 My Mom used to put her garbage on her screened-in porch for a neighbor to pick up. One day, she spotted a bear going through it, having entered through a hole it made in the screen. To discourage the bear, she pressed the panic button on the key fob for her car, appropriately sending the bear off in a panic where it exited through a different hole. Before fixing the screen, we had a little fun with her by putting up a bear crossing sign.

Now, we both keep garbage in our basements until the day of pick up and then put it out.

Pet and livestock food is another attractant for bears. The SCDNR suggests airtight storage containers if the food is kept outside. I bring Moose’s food in every night if he has any left over.

The SCDNR also suggests cleaning barbecue grills so the odors don’t attract bears. If yours has a metal cover, using it will also help deter bears.

According to the North American Bear Center, yearlings are pushed away when the mother bears become ready to mate, usually in May or June. The yearlings become more unpredictable and the males usually wander off to find their own new territories. It’s this wandering that often gets them onto the evening news.

Feeding wildlife other than birds is illegal in some states and frowned upon in others. Providing food for bears makes them accustomed to humans and the SCDNR says this will also lead to nuisance behavior.

Last, the SCDNR recommends never approaching a bear for any reason, even if you know such photos will be a hit on social media. Left alone, bears passing through will do just that.

Seeing wildlife where we live is one of the reasons we all move to rural areas. To coexist properly with wild animals, we need to do our part to let them remain wild.