Our impressions of wildlife often picture these creatures dashing through the woods with grace and agility.  Deer leap over fences with the style of ballet dancers, owls use their wisdom and eyesight to catch their prey in total darkness and squirrels make death-defying leaps from branch to branch rivaling the greatest trapeze artists. Most of the time this is true; but like us, sometimes they display bad judgment, guess wrong, or just get fooled. I’ve seen this happen often enough to know it happens. 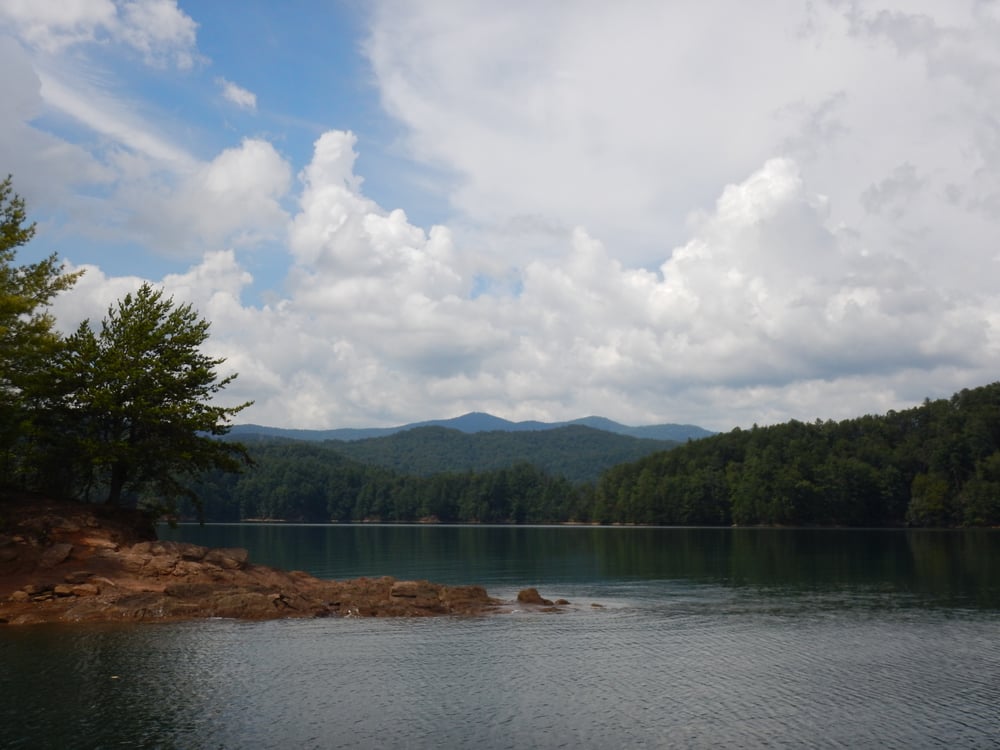 For instance, some years ago I was fishing Lake Jocassee in the upstate of South Carolina (pictured above). Cold weather had set in and the trout had moved closer to the surface. At such times, you can catch them by trolling spoons and other artificial lures close to the surface.

We were trolling the widest part of the lake near the dam when a splash got our attention. At the far side of the dam, a buck had leapt into the water. Cutting our motor to watch, we could hear dogs up on the ridge still in pursuit. The buck had decided to escape by swimming the lake.

This part of the lake was a long swim and a couple hundred feet deep. The buck was only about a hundred feet from the dam, yet it chose to swim parallel to the bank. Worse yet, other boats were trolling in the area and whenever one came near, the deer reversed direction.

After some time, it became obvious the buck was tiring. So I decided to herd it to shore using my electric motor simply placing the boat in its path until it made the proper turns. When the buck made shore, it was so weak that as it tried to climb the bank it lost its balance and rolled end over end back to the bottom. After a short rest, the deer bounded up and back into the woods.

A clumsier exit I’ve yet to see and with dogs on its trail the buck selected an exit strategy that certainly raised questions of judgment.

Owls are characterized as wise and their eyes give them great vision in low light. But sometimes this just isn’t the case

One duck season, I had set up on a narrow creek that fed a lake. It was a good spot for a quick hunt as ducks sometimes flew up from the lake to feed. Early in the season I’d seen wood ducks, but expected a stray mallard or two might use the creek as well so I set a few decoys out in the slow current. They were pushed from side to side by the water and looked lifelike. 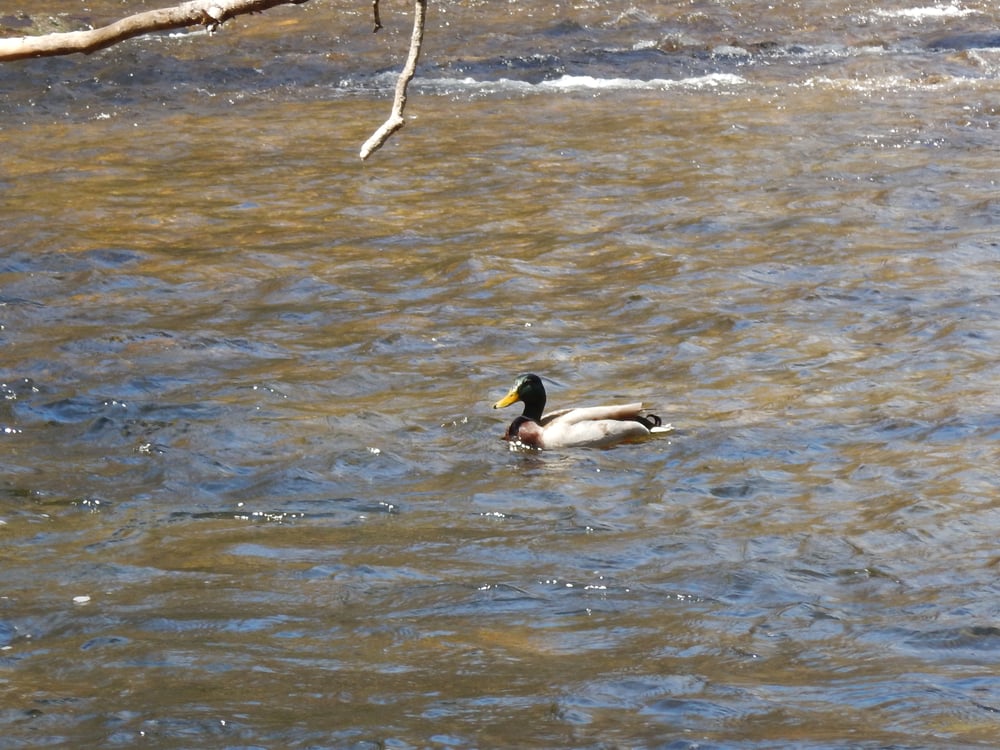 I curled in behind the stump of a fallen tree needing no more blind than that. As darkness approached, the shadows fell across the creek and the end of shooting time approached. Just as I was about to pick up my decoys and head home, a large blur buzzed my decoys with its talons extended. Without grabbing anything, the bird pulled up and landed on a bare limb just above the creek. An owl sat staring at the decoys still seeming intent on having one for dinner.

Another owl hooted upstream and the one before me answered. This went on for a few minutes until it flew off, having given up on eating one of my decoys. Had these been real ducks, one of them would have become supper. Sometimes wisdom and good eyesight aren’t enough even for an owl.

But then, even squirrels aren’t as perfect as they sometimes seem 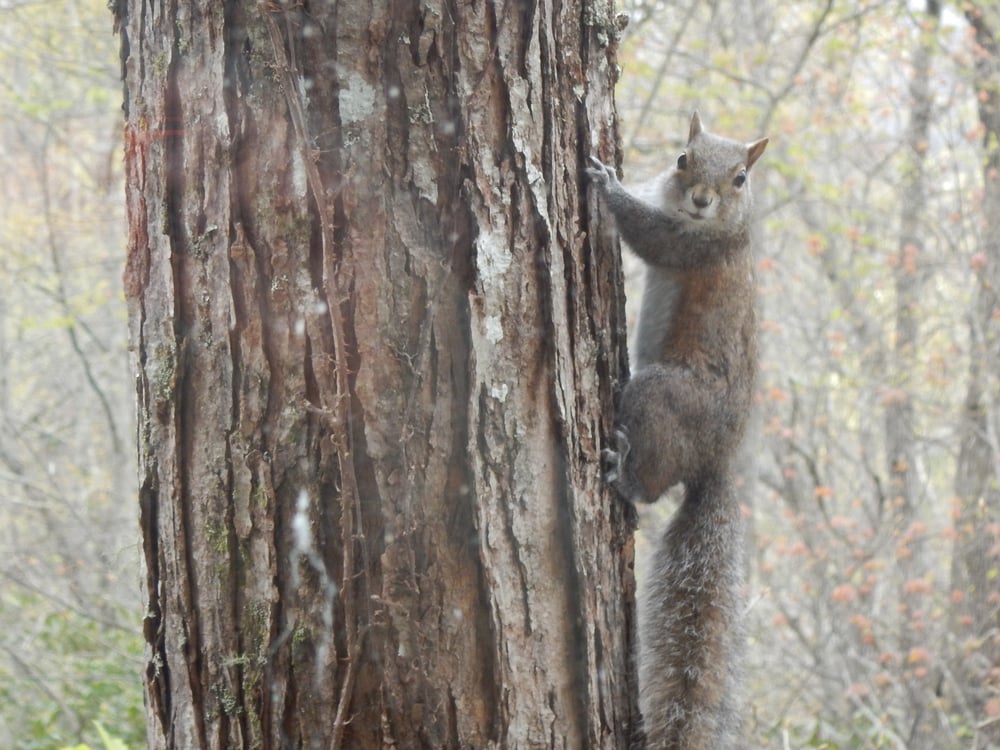 One winter I was trout fishing in a small stream, the morning still cold enough that I occasionally had to chip ice from the eyes of my fly rod. I waded carefully as swimming wasn’t on my agenda, nor I suspect would it have been on any land creature’s agenda that morning.

A gray squirrel climbed a tree downstream from me, shaking branches with its weight.  Apparently, the other side of the creek looked more promising and the squirrel began to maneuver the crossing.

At this pool, the branches didn’t quite meet so the squirrel would have to make a long leap to clear the gap and grab a limb on the other side. As you’ve probably guessed by now, it didn’t.

When the squirrel jumped, it came up just short and fell fifteen feet into the creek with a kerplunk. Bobbing to the surface, it began a cold swim with its tail trailing like a rudder. Finally, the squirrel climbed up the far bank emerging like a doused rat and about to learn if the acorns really were tastier on this side of the creek.

Spending time outside allows us to see that animals sometimes make mistakes. Whether it’s a bad decision on the deer’s part, the mistaken identity of decoys by an owl or misjudging the distance to a limb by a squirrel, these events provide insight to a life in the wilds.

And for us, they can also provide a chuckle or two.