Rain on a Tin Roof: The sound of a million memories

Jim Mize remembers hearing rain on a tin roof whenever he visited grandpa's house. Now a grandfather, himself, the sound takes him back to those good old days

Spending the weekend in a log cabin nestled in the foothills of the Blue Ridge Mountains, I had called it an early night. Settled in under the weight of a quilt to fend off the chill, I woke to a clatter above. Not having to open my eyes to identify it, I smiled and listened. No other sound, once you have heard it, resembles rain on an old tin roof.

The Sunday afternoons of my youth were spent at my Grandpa’s house. In the spring and summer, we sat in the porch’s shade and listened to our elders tell stories from days gone by. On seasonable days, we’d break out the horseshoes and the clang of shoes hitting steel stakes would ring across the yard.

Come fall, we’d turn loose one of the hounds and follow him through the woods as if he knew what he was up to. My uncles and cousins would roam the hills in pursuit of a dog baying at cold scents from the night before.

But it was winter when the old wood stove was overheating the main room that I associate with cold rain pelting the tin roof. The steady drumming drowned every sound except those inside the house.  And those sounds seemed to be framed by the pelting the way music choreographs a film.

For instance, one uncle learning to play guitar might be coaxed to bring it out to demonstrate his progress. He might only know two songs and one of those only up to a point, but he’d play them and we’d clap and ask him to play them again.

The stories were always with us regardless of the season. In a shadowy room on a winter day, the mood may call for ghost stories. All these country houses had enough creaks and groans to spawn a tale.  Everyone would sit quietly through its telling, shifting eyes back and forth in wonder, watching as if ghosts might be attending their own tale.

Humorous stories seemed to spawn tales from the entire crowd. They could come from the last week or thirty years ago and be freshened by the telling. One of my uncles found these so funny he’d laugh till tears filled his eyes and he couldn’t speak. He’d just slap his leg with one hand and cover his eyes with the other.  That would induce more laughter until we all forgot the original joke.

At a lull in the conversation, someone would poke the fire in the old woodstove just as someone else poked the storytelling. 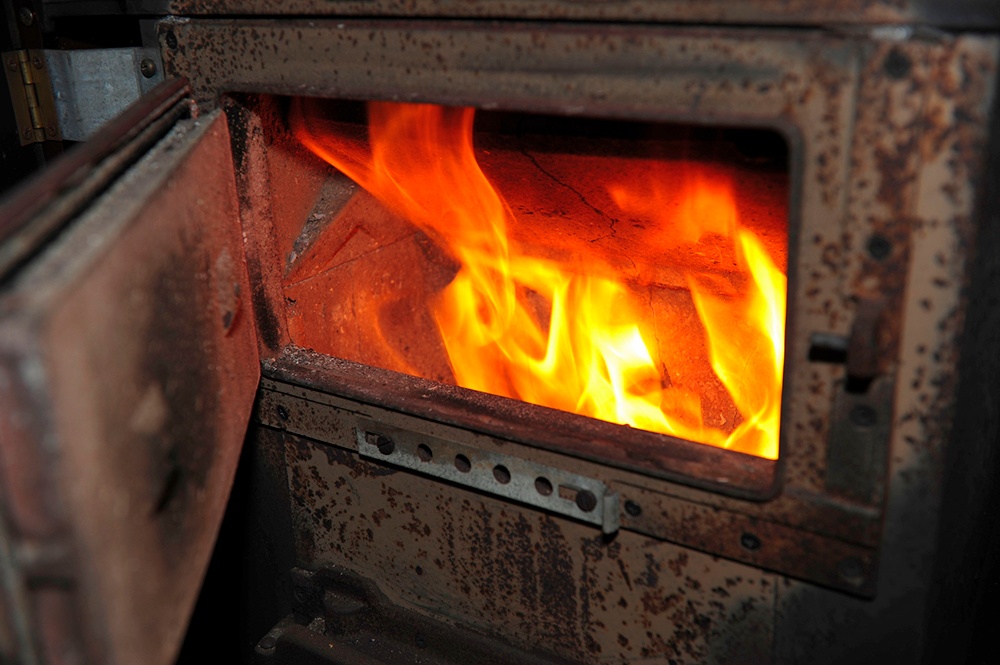 We might debate the truth of the television news.  For instance, Grandpa was convinced we never went to the moon because he mistook the reenactment for live coverage and he could see someone walking behind the astronauts. We could never convince him otherwise.

We might talk politics or turn to needling the single uncles about why they didn’t have girlfriends. If a race was on, sooner or later, someone would argue over their favorite car and how it would have won but somebody cheated them out of it.

These tales and images stay bottled up, the shadows leaping about the room, the crackle of the woodstove, the memories of uncles laughing until they cry or playing one song on their guitar over and over.

All it takes to unbottle them is a sound learned long ago. So when the clatter begins and I’m jogged into a dream state between wakefulness and sleep, the memories come forth like a genie and fill my dreams until I wake, well rested, listening to rain on an old tin roof.