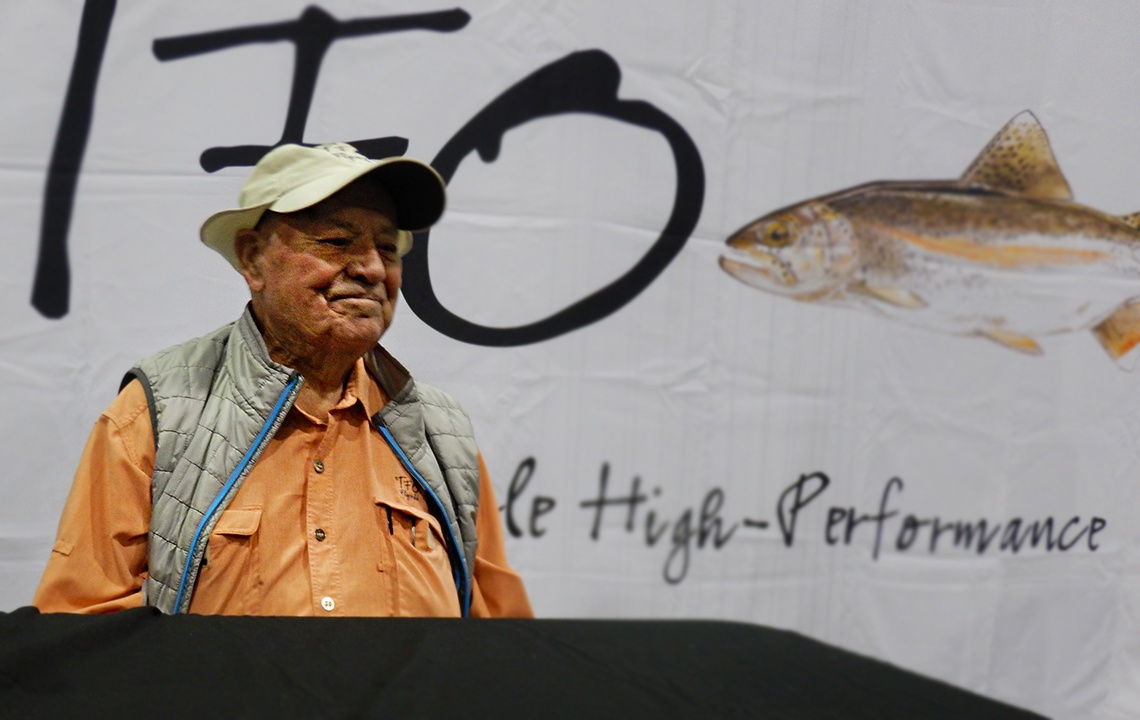 ATLANTA, Georgia -- As if describing a fish, Lefty Kreh’s autobiography is titled, My Life Was This Big. And it was.

Lefty is as well-known in fly-fishing circles as Santa Claus -- and perhaps as well-loved. Over the years, he has taught celebrities how to cast, invented flies widely in use today, and fished from one end of the world to the other.

I spent a morning with Lefty at The Fly Fishing Show in Atlanta. He was there for fly-casting demonstrations and book signings. In his autobiography, Lefty refers to himself as an outdoor writer and teacher. But Lefty, a spry 92-year-old, needs a dictionary of adjectives to describe him. Coach, tinker, icon, and prankster all fit with room for a few more.

For instance, while people stood in line waiting to have their books signed, the person in front of him might as well have been the only one there. If they asked him a question about their cast, he stopped writing to explain how to fix it.

He entertained as if he were an irascible old coot, a funny act because the caring side of him showed through his façade.

If someone leaned on the table, his exclamation was snappy.

When the person responded, “I’m sorry,” Lefty quipped, “I know you’re sorry, but I didn’t ask for a character reference.” And they both grinned. 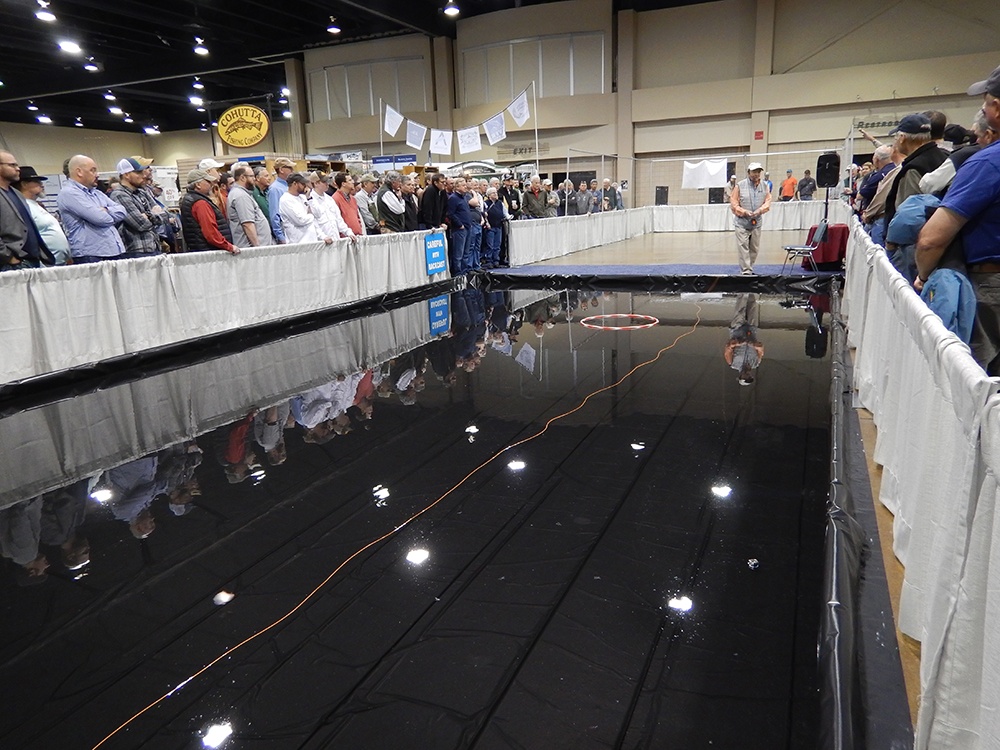 Out on the casting pool, anyone who volunteered became part of the show. The first time they made a mistake, Lefty would look at them and say loud enough for all to hear, “You ain’t too sharp are you? I bet you have a zebra named Spot!”

Lefty got to this point from humble beginnings. He was raised by a single mother in Frederick, Maryland, during the Depression. Lefty entered World War II right out of high school, fought through France, survived the Battle of the Bulge, and was headed for the war in the Pacific when World War II came to an end.

His outdoor life began in his childhood. He hunted and fished for food and pleasure. By high school, he was making money selling catfish in the local fish market.  After the war, Lefty picked back up his outdoor pursuits and became friends with Joe Brooks, an outdoor writer from Baltimore who taught Lefty writing and outdoor ethics. To this day, when Lefty teaches someone else, he gives credit to the people who taught him. 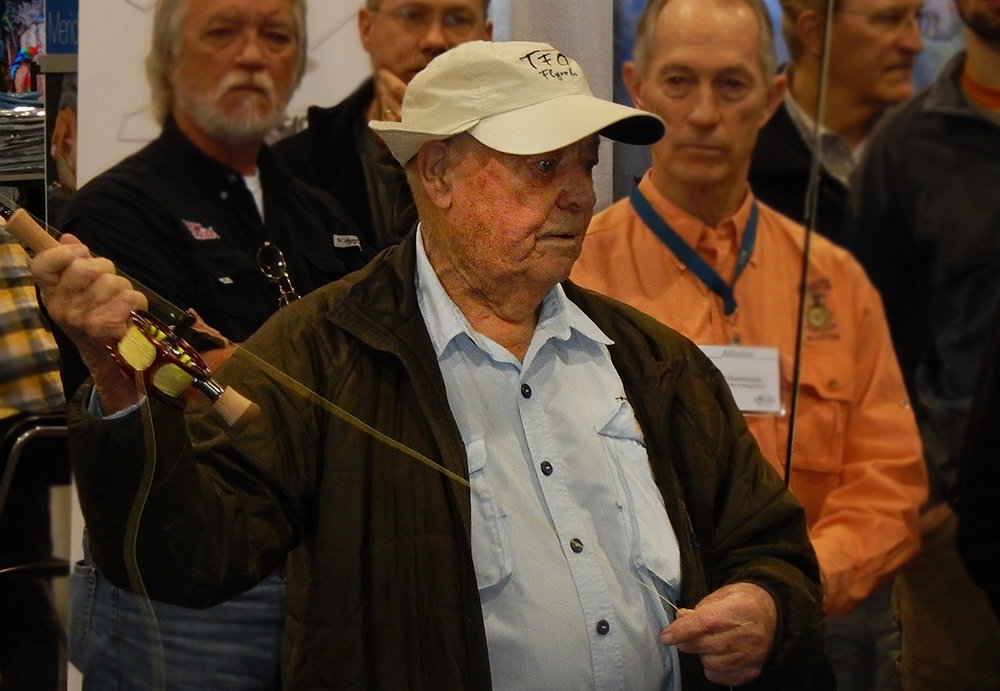 After that, Lefty’s life kept getting bigger. He covered a fishing tournament in Cuba that included Castro and Hemingway as contestants.

As he began to teach others his methods through his classes and his writing in magazines, books and videos, his fly-casting techniques caused a near-revolt from those well-versed in classic casting methods. 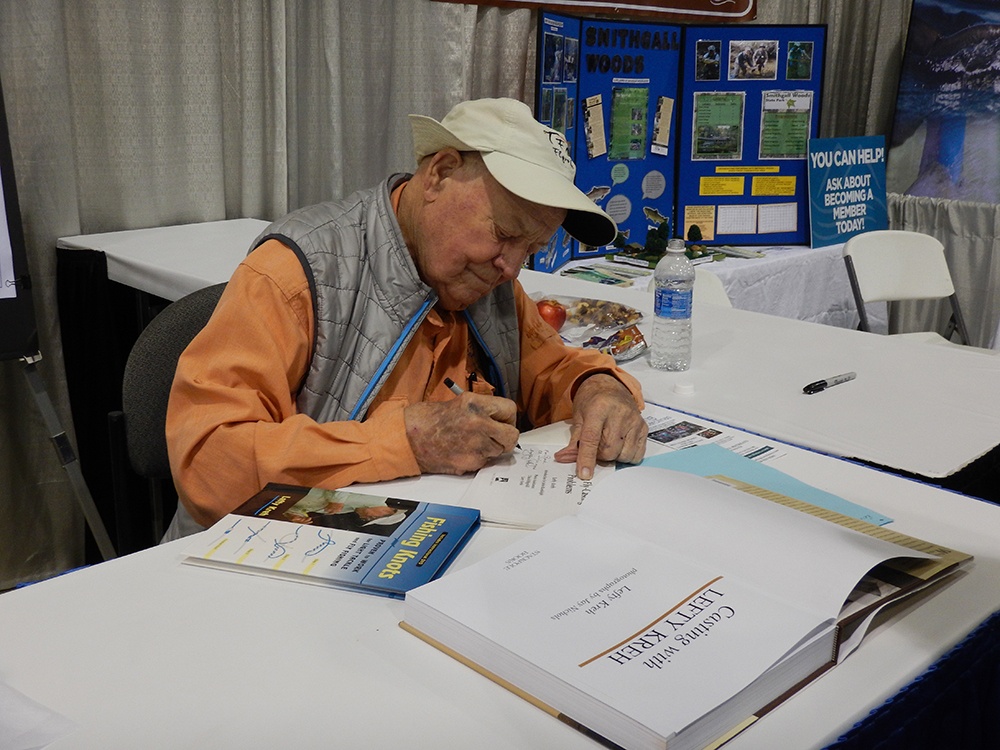 To this day in between the casting lessons, you will see his eyes twinkle and the mischief creeps back. One story he told me went like this:

“I went to a catholic school and learned discipline the hard way . . . at the end of a paddle. So some days, I’d stuff six newspapers in the seat of my pants in anticipation of the paddling I’d get.”

“A few years back, I was at a fly show and my volunteer for the casting demonstration was a nun  Whenever I teach someone to cast, I step behind them and put my hand on theirs to show them how to move the rod. But before she cast, I whispered softly in her ear, ‘I’ve been waiting 75 years to get even with you nuns.’”

He grinned ear to ear, adding, “You should have seen the color drain from her face.” Classic Lefty.

His life is still this big.

All photos courtesy of Jim Mize, who is shown below with Lefty. 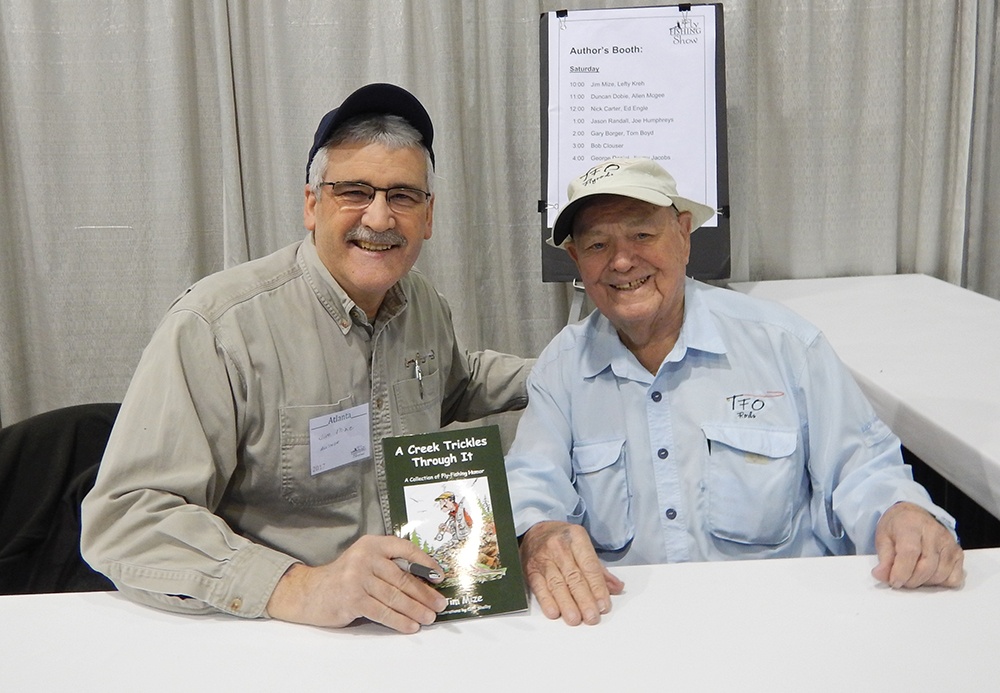 END_OF_DOCUMENT_TOKEN_TO_BE_REPLACED

How to Start Your Own Multi-Family Compound Posted by Sarah Asp Olson Whether you’re looking to share responsibilities, launch a business, or just spend more time together, we’ll give you the tools you need before...
END_OF_DOCUMENT_TOKEN_TO_BE_REPLACED

Maximizing the Yield of a Small Garden Posted by L. Woodrow Ross With a few simple steps, you can maximize your harvest of delicious garden vegetables that can add to your diet, either fresh, canned or frozen....
END_OF_DOCUMENT_TOKEN_TO_BE_REPLACED

END_OF_DOCUMENT_TOKEN_TO_BE_REPLACED

10 Heirloom Annual Flowers & Where to Buy Them | Rethink:Rural Posted by Catherine Seiberling Pond

How do you start your heirloom flower garden? Here are ten of Kentucky farmwife Catherine Pond's favorite heirloom annual flowers and where to...

END_OF_DOCUMENT_TOKEN_TO_BE_REPLACED 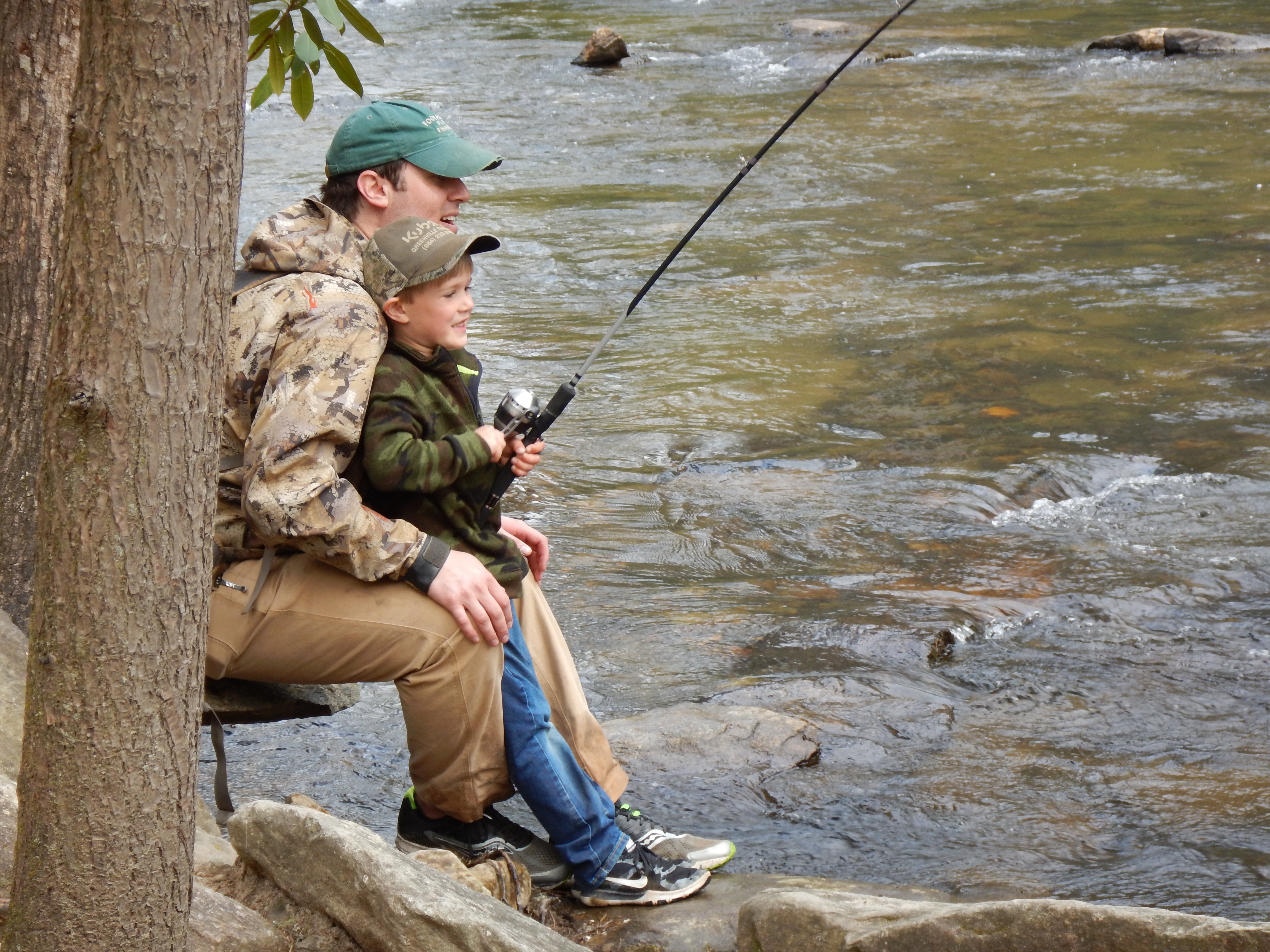 How do you make camping with kids even more fun? Outdoorsman and grandpa Jim Mize offers five tips to make camping a true adventure for young...

END_OF_DOCUMENT_TOKEN_TO_BE_REPLACED 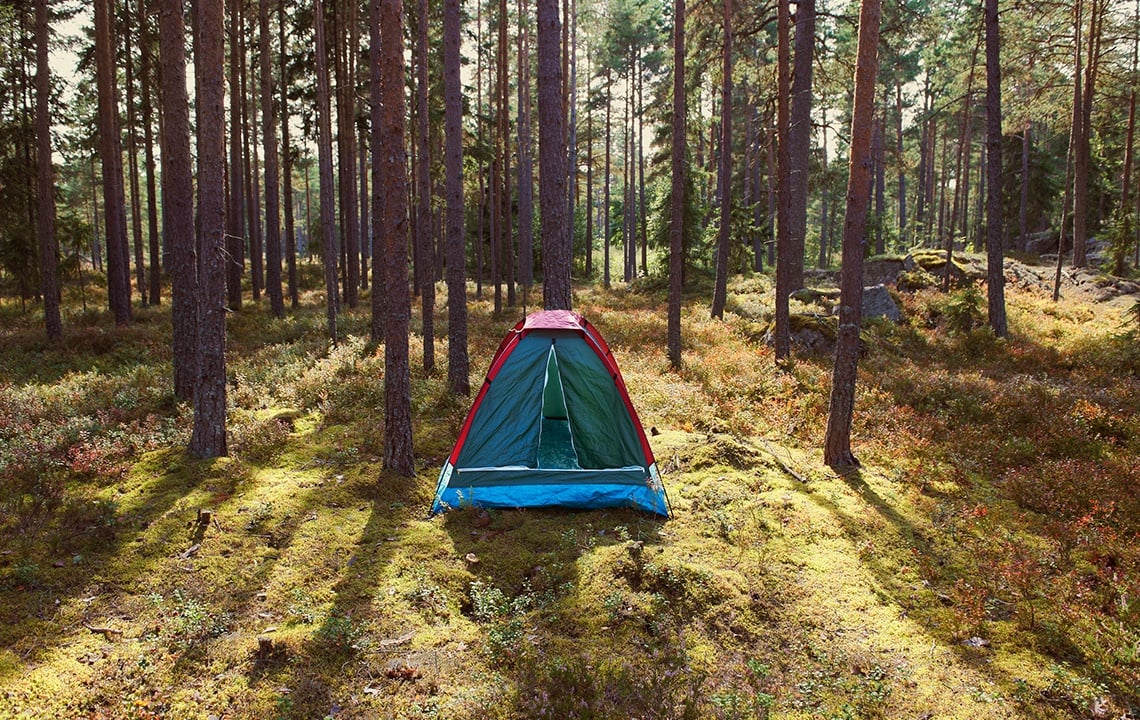 We talk to the experts about what's required to set up a camping area on your own property.

END_OF_DOCUMENT_TOKEN_TO_BE_REPLACED 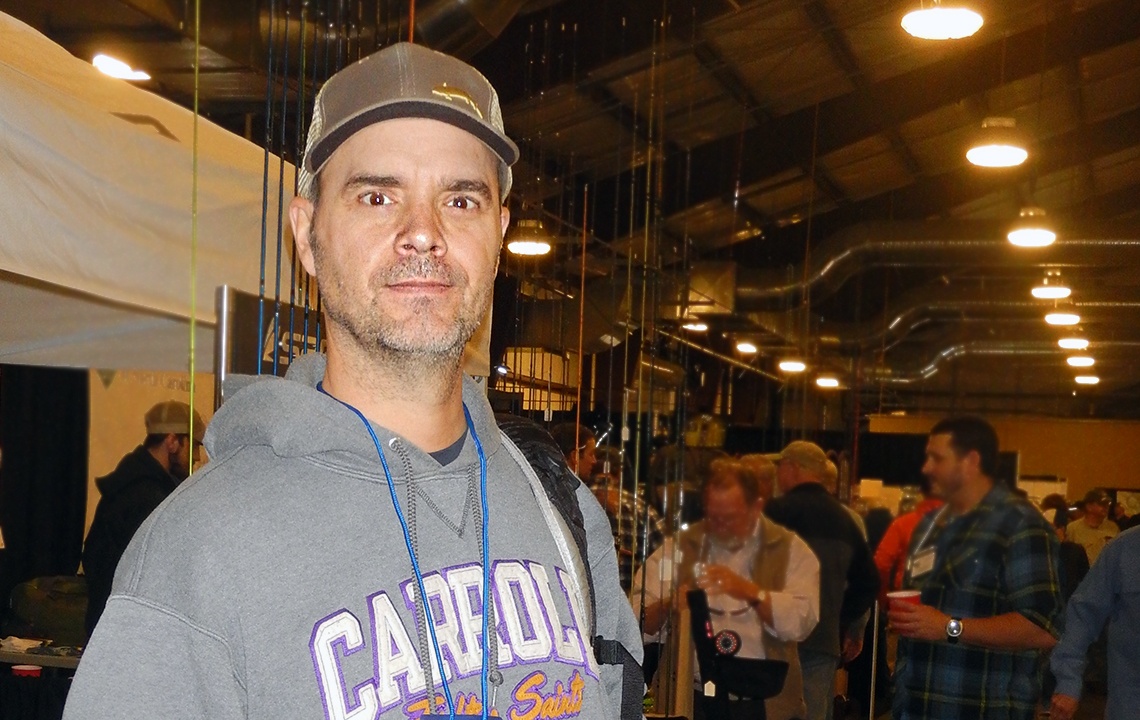 We talk to Travis Swartz, the man who plays Hank Patterson in a humorous fly fishing series on YouTube.

END_OF_DOCUMENT_TOKEN_TO_BE_REPLACED

Why I Hunt With Traditional Archery Equipment Posted by L. Woodrow Ross

Traditional archery is simplistic, but offers challenges that make it the interesting sport that it is. It is a link to the past and devotees are...

END_OF_DOCUMENT_TOKEN_TO_BE_REPLACED 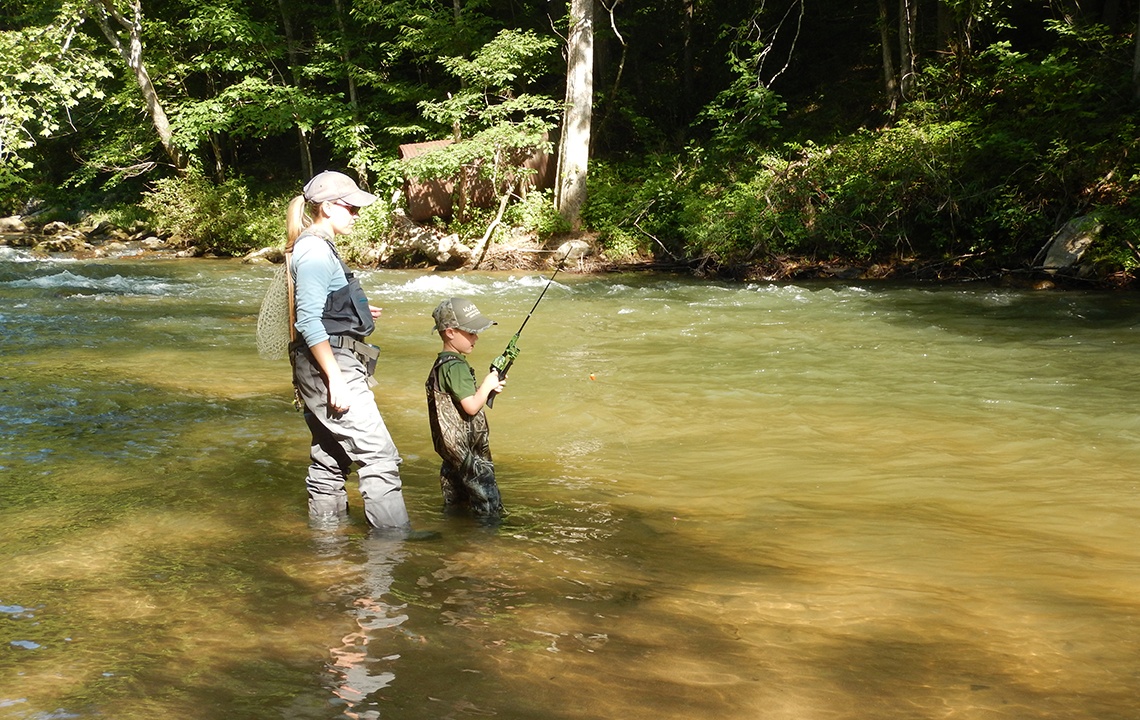 Tips for Fishing with Kids: A Fisherman's Advice Posted by Jim Mize